The Union home minister blamed a helicopter malfunction for skipping the visit to a rally where the size of the crowd was not satisfactory. But the BJP's opponents need not take heart as the fear factor is high in Jhargram.

Kolkata: Union home minister Amit Shah on Monday was scheduled to address a rally from the circus ground in West Bengal’s Jhargram district at 11 am. At 12:35 pm, the BJP media coordination team released a message saying that Shah would not be present at the event and would instead address the rally virtually owing to a “technical snag” that had developed in the BJP leader’s helicopter.

At 1:07, a live stream was started by the BJP’s West Bengal Facebook page. The home minister could be seen along with the party’s state president Dilip Ghosh. Shah, who started speaking about 3 minutes after the live show commenced, only spoke for 6 minutes 53 seconds. 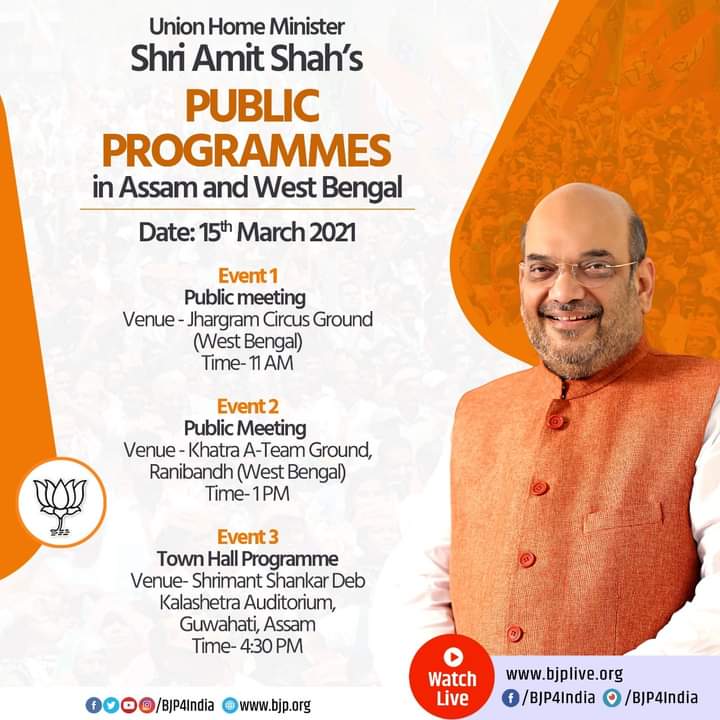 This correspondent watched the live speech and noticed that only 1,200 people on average were watching the live video stream – a fairly muted audience, given the profile of the minister.

While delivering his speech virtually, Shah said, “I was going to come here for campaigning. Unfortunately, my helicopter was damaged, and I couldn’t come to see you. West Bengal BJP chief Dilip Ghosh and our in charge, Kailash Vijayvargiya are also present with me.”

Speaking to The Wire, Jhargram district president of the saffron party Tufan Mahato, said, “There were crowds on the ground, but Amit Shah Ji couldn’t come because of the helicopter problem.” When probed further on how many people attended the meeting, Mahato said “he has a meeting to attend and can’t answer questions now”.

The Wire has learned that Shah had cancelled his trip to Jhargram because the rally had not drawn sufficient crowds. “There were people but not enough for Amit Shahji. We failed to fill the ground, ” a local BJP leader, on the condition of anonymity, said.

The Wire also accessed a video from a local reporter who was present at the site of the rally when the Union home minister was speaking virtually. The video showed that while a crowd was present at the ground, it was far smaller in size than what the home minister’s speeches usually draw. Furthermore, many people could be seen leaving the ground while Shah was speaking.

Shah’s speech, which was close to seven minutes, also hinted that the meeting had failed to draw large crowds. In a normal public meeting, Shah addresses the gathering as the chief guest and the duration of his speeches generally range anywhere between 20-30 minutes. 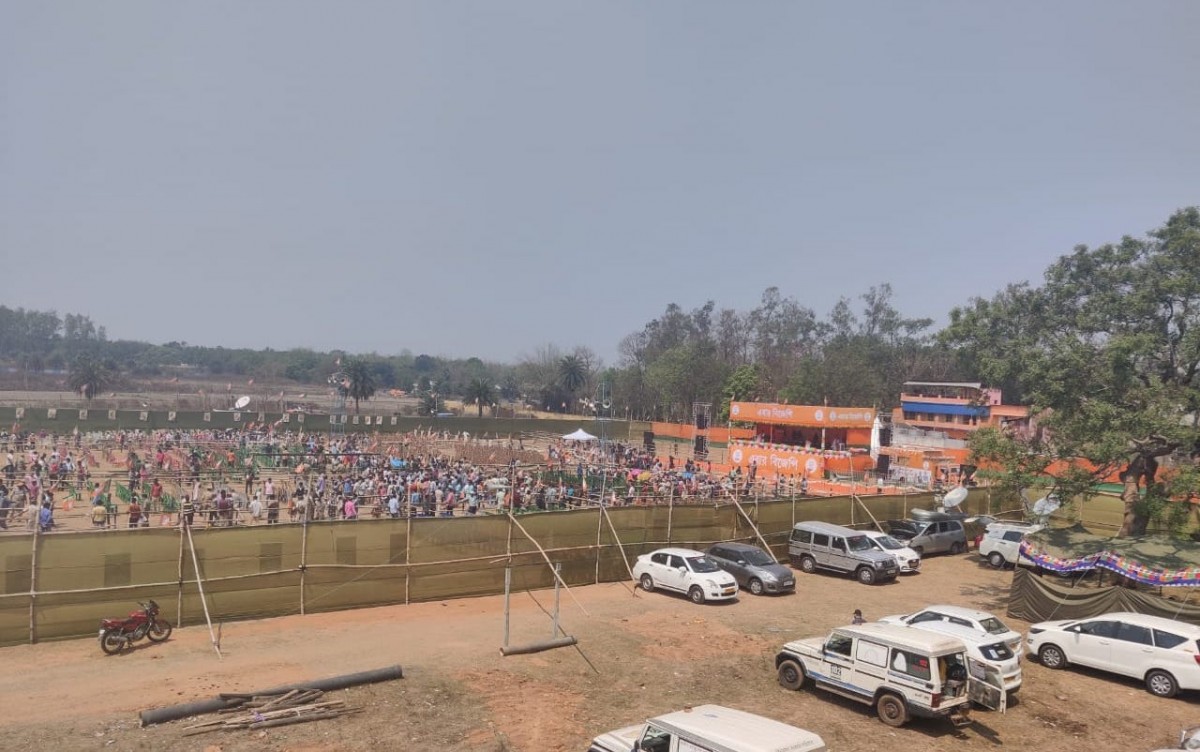 The sparsely crowded rally that Union home minister Amit Shah was due to attend in Jhargram. Photo: Special arrangement

This is also not the first time in West Bengal that a leader from the saffron party has had to ditch a rally in the face of low attendance. Earlier, on February 9, the party’s national president J.P. Nadda had returned without attending a scheduled event in Jhargram’s Lalgarh due to a low turnout.

On the evening of the event, after reaching the site of the gathering, Nadda was unhappy with the turnout and waited for about 20 minutes at the nearest party office for people to arrive, failing which, the BJP leader left the location without addressing the crowd.

Similarly, the BJP’s rally on March 7 at the iconic Brigade Parade Grounds in Kolkata, which had a galaxy of BJP leaders speaking before Prime Minister Narendra Modi was to address the gathering – saw a modest crowd. Large portions of the field, on both sides of the main stage, remained empty. However, right before Modi’s chopper landed at the nearby Race Course, the size of the crowd swelled marginally.

The party, however, then resorted to chalking out a strategy. The large grounds were divided into slots partitioned by bamboo walls. Attendees were mainly packed into the narrow section right in front of the main dais, while most of the maidan (ground) remains unoccupied. This arrangement also gives the impression of a packed crowd to the cameras.

While Amit Shah’s last-minute change of plan evoked much discussion on social media, the sparse crowd at the BJP leader’s rally may not be a true indicator of the party’s political prospects. The BJP had won the Jhargram Lok Sabha seat, reserved for Scheduled Tribes, by a good margin in 2019. Jhargram has been at the centre of one of the biggest movements against forcible land acquisition.

In 2019, ahead of the Lok Sabha polls, The Wire reported on how memories of police repression surfaced soon after Mamata Banerjee came to power in 2011. Although the leader of the movement Chhatradhar Mahato joined TMC after his release from prison, a large section of Adivasis and the other dominant community OBC Mahatos continue to live under fear and are reluctant to openly declare their political affiliation. While the scale of the crowd may reflect BJP’s poor organisational strength on the ground, it could also indicate that a large section of its supporters are unwilling to openly side with the saffron party, fearing a backlash from the ruling TMC workers.

Note: This article has been updated to include information about the BJP’s victory from the Jhargram Lok Sabha seat in 2019.