Amit Shah knows his plans to impose Hindi on every Indian are impractical. But they serve his agenda anyway. 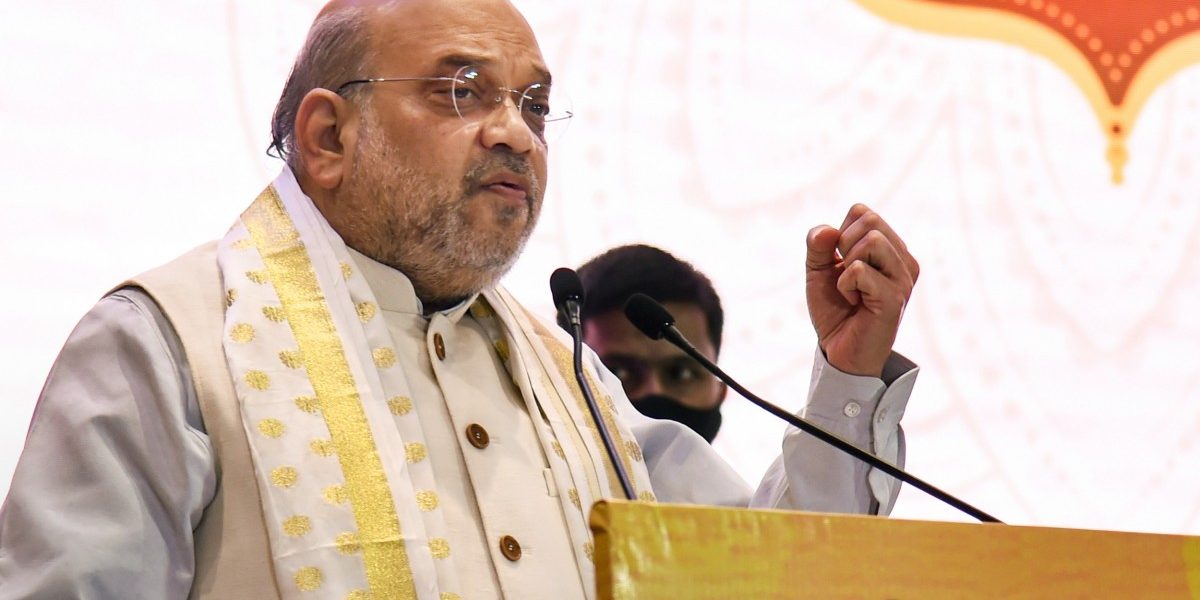 Union home minister Amit Shah’s comment that Indians everywhere should communicate with each other in Hindi rather than English has expectedly got opposition political parties and citizens worked up. Why is the Bharatiya Janata Party trying to impose a language spoken in some north and central Indian states on those who speak – and proudly too – Tamil, Bengali or Marathi? Why this sudden move towards ‘One Nation, One Bhasha’ in a diverse, polyglot country?

Those with longer memories will recall a similar effort in 2017. Two years before the general elections, the Narendra Modi government wanted to push Hindi and activists and political parties had vehemently opposed it. Nothing came of it in the end.

Shah has clarified that Hindi will not replace local languages, but only English, which, one presumes, is the language of the much-hated children off Macaulay, author of the infamous Minute of 1836 wherein he proposed that an English-medium education would produce Indians who would “form a class who may be interpreters between us and the millions whom we govern; a class of persons, Indian in blood and colour, but English in taste, in opinions, in morals, and in intellect”.

In other words, Indians who were not ‘shuddh’, as per the Hindutva standard. The Sangh parivar has long railed against this kind of deracinated Indian who, in its opinion, has exercised too much power for too long.

Both the Sanghis in general and Shah in particular are hopelessly outdated. English may have been, at one time, the language of the privileged and the powerful, but now it has become the language of empowerment.

Also read: Hindi-Hindu Nationalism and Secular Retreat in the Heartland

The spread of English has democratised it and it is no longer merely the language of the elite. Learning English leads to economic opportunity across the job spectrum – from call centres to teaching to software development and corporate jobs. A growing economy needs qualified, skilled people and merely knowing one language can be limiting. English-medium schools have sprouted all over India and there is demand for many more, a clear indication that parents want their children to learn the language because they see its many advantages.

Shah and company are thus living in the past. Besides, which Hindi do they want to impose? Khadi Boli or Brij Bhasha or the various dialects that are spoken in the Hindi belt, where idiom and accents change every few kilometres? Or the Bambaiya patois with its linguistic distortions that a purist would shudder at, or the Hindustani of Mumbai cinema which has done more for the spread of the language? Or, heaven forbid, the Sarkari Hindi which various governments have tried to impose by fiat but which no one takes seriously?

And while on the subject, why Hindi and not, say, Tamil, which is by far much older? Is just the fact that Hindi – of different kinds – is spoken in more states enough to justify its status as a kind of national link language?

Shah will surely know that his idea is impractical and will be actively resisted in different states. He may have heard of the anti-Hindi riots in Tamil Nadu in the 1960s. Even so, he has floated the idea.

The 2024 elections may certainly be one reason to invoke this proposal now. The BJP’s modus operandi is to throw contentious issues in the pot and see how they work out and then drop them, as it did in 2019, when nothing was heard about Hindi.

But things are somewhat different than five years ago. The BJP and its sundry sister organisations are in a more aggressive mood. Hindutva storm troopers have fanned out to different states – especially where their party is in power – and taken up the cause of vegetarianism, going after those who eat or sell meat of any kind. Mutton shops have been attacked and vendors have been put out of business; activists of the BJP’s student front Akhil Bharatiya Vidyarthi Parishad allegedly beat up other students in the Jawaharlal Nehru University canteen where non-vegetarian food was being served. The communal temperature is going up.

Hindi can be weaponised in the same way. There is every reason to believe that Hindi will give Hindutva mobs another handle to go after anyone they wish to in the name of promoting the language. There is no reason to feel sanguine that Shah’s statement is yet another election jumla, which will disappear quietly when it achieves its purpose of polarisation. This time round, there is deadly intent to ensure there is communal mobilisation on a large scale. Hindi, as part of the Sangh parivar’s mantra of Hindi-Hindu-Hindustan, could become the next pretext to consolidate the BJP vote.