Amit Shah's Communal Dare to CAA Critics, 'Say You Will Welcome All Muslims to India'

The home minister also made light of the campus protests against the Citizenship Amendment Act and said there was no question of this government backing down. 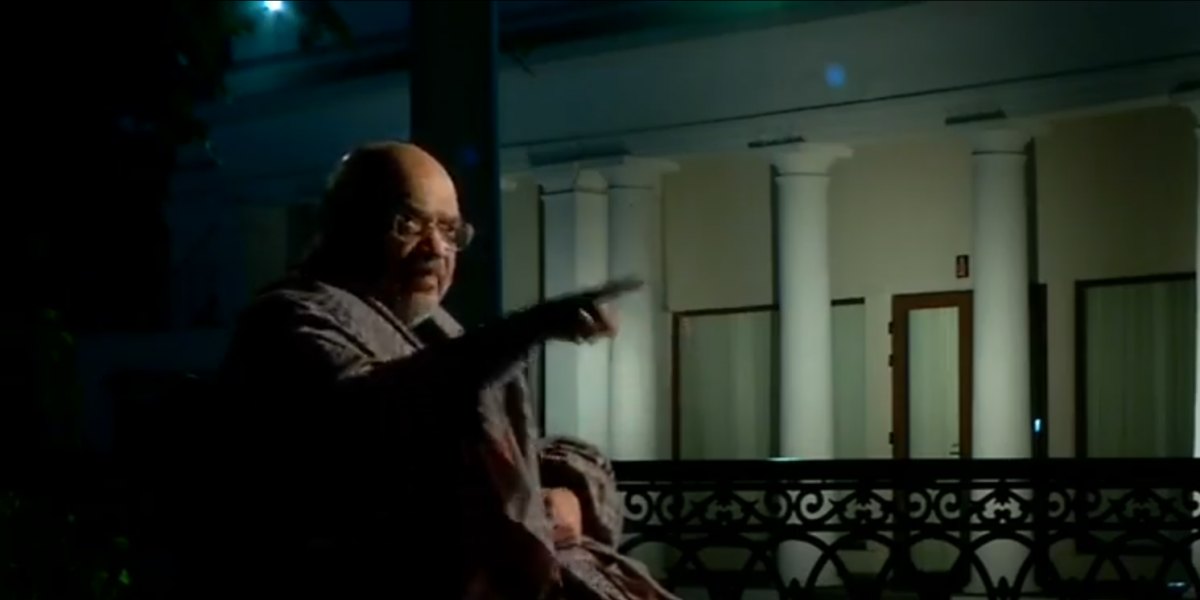 New Delhi: Justifying the government’s decision to permit Pakistani, Bangladeshi and Afghan refugees only if they belong to specified religious minorities in those countries, Union home minister Amit Shah on Tuesday challenged those opposing the Citizenship Amendment Act (CAA) to say publicly that they are ready to welcome “all the Muslims” of those three countries and make them Indian citizens.

He was speaking at an Economic Times event.

While Shah said there was nothing against India’s Muslims in the CAA, he was quick to suggest “the people of the country” had no time for the opposition’s criticism that linking the grant of citizenship to a refugee’s status as a non-Muslim was a bad thing.

“Can the Congress say that all the Muslims from Pakistan, Afghanistan and Bangladesh should be given citizenship here? Let Sonia Gandhi make such a statement tomorrow and see!… I have a challenge for all those opposing the law – Tell the people of the country openly that we would welcome all the Muslims of Pakistan, Afghanistan and Bangladesh to India. Let them say this! And if they can’t say so, they should stop opposing the law”.

During the debate over the draft CAA in parliament, Shah had made a similar point, playing on Islamophobic fears. “Should we give citizenship to Muslims coming from all over the world? How can we run the country like this?”

Shah’s poser was a non-sequitur, considering that the CAA itself does not give citizenship to Hindus “coming from all over the world”. And it did not answer the basic criticism levelled by critics against the law: that there will always be individuals from among the three neighbouring countries’ ‘Muslim’ population who are persecuted by the orthodoxy on the grounds of sect, gender, belief, sexual orientation etc and who might need to seek refuge in India.

The CAA explicitly excludes Muslim refugees from the list of communities which can seek citizenship by naturalisation in India after a stay of six years despite having entered the country without valid papers. The normal period for naturalisation is 11 years of residence. But even that route would be closed off if the Muslim refugee entered India or stayed in India without valid papers and was thus classified as an “illegal immigrant”.

Legal experts believe the CAA’s arbitrary definition of minorities violates the non-discrimination provisions of both the Indian constitution (Article 14) and the International Covenant for Civil and Political Rights (Article 26), to which India is a signatory.

“The arbitrary inclusion of some groups while excluding others would only be permissible … if the classification is founded on an intelligible differentia between the group excluded and the group that is included, and (ii) the differentia has a rational relation to the objects sought to be achieved by the Act,” the International Commission of Jurists said in a statement last week.

“The [CAA] claims religious persecution as the ground of reasonable classification, but then arbitrarily excludes several similarly situated and widely persecuted religious minorities such as Ahmadiya Muslims and Shia Muslims from Pakistan and Bangladesh, Rohingyas from Myanmar, Hazaras from Afghanistan from its protective ambit.  It therefore does not meet these criteria under the Indian constitution and international law.”

When Shah said none of these arguments about the CAA affected the citizenship rights of Muslims, the journalist Navika Kumar reminded him that the apprehensions were because of the National Register of Citizens process which he says was going to follow. Hindus who don’t make the grade would get the benefit of the CAA, leaving Muslims in the lurch.

For everyone asking ,”What’s your problem with the CAB?” .. pls remember this 👇🏼 pic.twitter.com/TgzxJjZOkt

Shah said the NRC was introduced by the Congress and not the BJP and that it was the UPA which amended the Citizenship Act to introduce Section 14A (which allows the government to “compulsorily register every citizen of India”). He added that this was a good move because “there is not a single country that does not maintain a register of its citizens”.

In fact, many countries around the world do not maintain such a register, especially the United States, Canada and Great Britain, as well as most European nations.

At the ET event, Shah also said there is no way his government would withdraw the CAA despite the protests. Speaking later at a rally in Delhi, he said:

“Come what may, the Modi government will ensure that these refugees get Indian citizenship and live as Indians with honour.”

He also used an oft-repeated justification for the CAA and said that his government is not differentiating between Hindus and Muslims but that “Partition was done on the basis on religion and the minorities who are in Islamic states are suffering.” He said that this is why the CAA plans to give citizenship to minorities from other countries.

He also said that the NRC would be implemented all over the country and not just in West Bengal.

He had one line of calm for Muslims concerns and said:

“I want to tell our students as well as Muslim brothers and sisters that there’s nothing to fear. Nobody is going to lose Indian citizenship.”

Shah dismissed the nationwide protests as being motivated and misguided by political parties. He said only about 22 colleges were protesting out of 100s in the country and that journalists were blowing these out of proportion. He also said the protests were decreasing and only “bacche log” were protesting.

He dismissed the resistance being put up by states like Kerala and West Bengal which are saying they will not allow the CAA to be implemented in their states with the line: “Citizenship is a central issue, states have no say in it.”