Citing demonetisation as an example, the economist said Modi uses “magic” to manipulate Indians into believing that he was offering something beneficial. 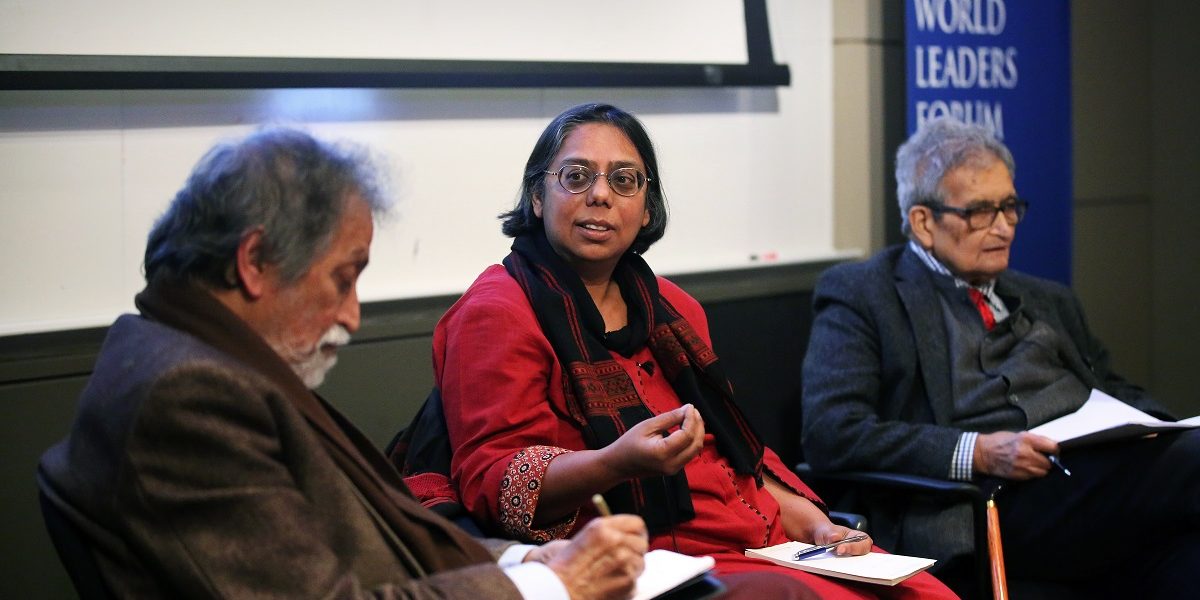 Speaking at a session on ‘India at a Crossroads’ earlier this month at the World Leaders Forum in Columbia University, New York, eminent economists and public intellectuals Amartya Sen and Prabhat Patnaik said the 2019 Lok Sabha election will ascertain where India is headed. They said the question will be whether India witnesses acceleration of right-wing nationalism or attempt a course correction upholding democratic norms, addressing inequality and socio-economic disparities.

The session was introduced by Prof Akeel Bilgrami and moderated by feminist campaigner, Ruchira Joshi. Patnaik and Sen said the past five years of the Narendra Modi government have strained the social, economic and political fabric of India. They dwelt on the element of “magic” – the manipulation of the mind through constant distractions and falsehoods – as an essential aspect of Modi’s functioning. 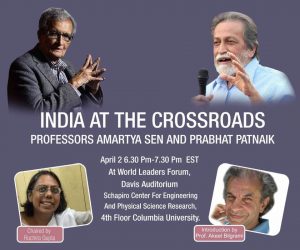 Patnaik was of the view that the past five years have witnessed a “combination of state terrorism and street terrorism to suppress freedom of expression”. He said a jingoistic nationalism has made Muslims and religious minorities in general feel like second-class citizens. He also spoke of a “closeness between the government and the corporate sector which is quite unprecedented in the history of India” and said institutions and centres of learning were under attack.

He said these developments are “ethically repugnant” and that the elections are crucial in a deeper sense. “The values of the Constitution are derived from a certain implicit social compact which underlies modern India and that itself is being undermined,” he said.

“This social compact was articulated in the 1931 Karachi Congress and gained currency during the anti-colonial struggle. The Constitution is derived from it. Anything that challenges that implicit social compact undermines the very foundations of the modern Indian nation. If that is the case, then unless we get a different verdict in these elections, India might as well join the ranks of the so-called “failed states” that have internal strife.”

Watch: Amartya Sen on the Dangers of Populism and Nationalism

Sen said, “The country was not a very happy or just place before the Modi government came. There were great inequalities. These inequalities have been magnified and made into a standard part of living. There was a certain amount of shame around the inequalities, which have somehow been eliminated. We have to ask: why has that been so?”

Further, the Modi government has been characterised by two elements, he said. The first was bias and sectarianism – “It can take a religious form, like being anti-Muslim. It can take a class form. It can also take a caste and gender form. Tribalism is a very big thing.”

The second element, he said, was that of “magic” which was central to Modi’s scheme of things.

Both the speakers and the moderator dwelt on the dominance of this element, which they said brought India to a critical juncture.

Sen said Modi uses “magic” to manipulate Indians into believing that he was offering something beneficial to them. He cited demonetisation, pictures released by the Indian government of the Balakot airstrike and the Ayushman Bharat Yojana as prime examples of this element of “magic”.

“Anyone trained in economics will find it difficult to believe making it illegal to hold notes of certain kinds would improve economic performance. The magic is also extended in the pictures of war toys and the (airstrike) on Pakistan. We are in this odd position – the country of Gandhi is now going around claiming we actually killed many more people, as if that would have been a tremendously good thing.”

As for the attempt to present the Ayushman Bharat insurance policy as universal health care, it was a “rather extraordinary kind of magical thought”, Sen said. “It doesn’t even touch poor people. It has got nothing to offer to people who don’t even have primary health care.”

Patnaik described the element of magic thus: “The more you shock people, the more they are in awe.” He recalled how after demonetisation, people “queued up at four o’clock in the morning outside the banks. It was extremely inconvenient. People simply could not believe that, anything as distressing as this could be inflicted upon them without very good reasons. As a result, the more hardships they faced, the more they thought, what a wonderful government we have.” Audience at the event. Credit: Arrangement

Moderator Ruchira Gupta touched on another aspect of the “magic” used by Modi. She dwelt on his use of symbols to project a sense of greatness, “from the kind of clothes the prime minister wears, the kind of slogans he uses, the kind of campaigns he runs that are full of the symbolic aesthetic of blood.” In doing so she drew an analogy between Modi’s use of symbols and Hitler’s use of “irrational mysticism” in gaining popular support.

Sen summed up by saying: “The love of magic is quite important in the election. I think resisting magic is as important as almost anything else. One of the ways to challenge this is to challenge the magic that is being presented.”