Gujarat Polls Not About Caste Dynamics, But People's Struggle Against the BJP: Alpesh Thakor

In conversation with the newly-inducted Congress leader on what he expects from the upcoming elections, his party's agenda and more. 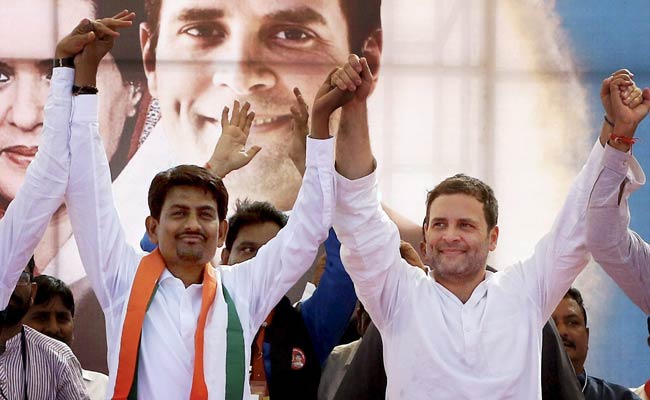 Siddhpur, Gujarat: Alpesh Thakor has not had time to relax in the last few days. Busy campaigning for the Gujarat elections, the newly-inducted leader of the Congress is also playing a crucial role in selecting candidates, especially in Thakor community-dominated assembly seats. Once the face of the social organisation ‘OBC, ST and ST Ekta Manch’, which shot to the limelight after the Patidar agitation by dismissing its demand for reservation, Thakor has buried his differences with Hardik Patel and is looking forward to campaigning with him against the BJP. The BJP had also tried to rope him in, but he eventually chose the Congress.

Soon after a meeting in Siddhpur, where he was presiding over discussions between various social groups lobbying for their representatives to get a party ticket, he spoke to The Wire in detail about why he joined the political arena formally. He explained the political factors at play and blamed the BJP for ignoring the concerns of the poor and middle classes. This election is a struggle by the common people to obtain their rights, he summed up, differing from the dominant view that state elections are largely overridden by caste and community concerns.

The interview was conducted in Hindi, and has been translated and edited for clarity.

You started an anti-addiction movement in your community. But now you have entered the political arena in 2017. What triggered this shift?

Many reasons. The biggest one was to take up the issues of farmers. Most people in our villages have been suffering huge losses in agriculture. People have landed in huge debts but the government turned a complete blind eye to this huge problem. Unemployment was slowly making the youth of our communities take up bad habits.

There is a sense of despair. Cumulatively, farmers are facing a debt of around Rs 73,000 crore. There are around seven lakh youth who are jobless at present. The public education system in Gujarat has been demolished. There is prohibition in the state but liquor is sold in every corner without any hesitation or deterrence. On each front, the government has failed. Every department has turned corrupt. The government boasts about its honesty and integrity but if you talk to common people, they will tell you the reality.

I do not believe that these people (BJP leaders) have worked for the people. If they had done something, this would not have been the state of affairs.

For the last two decades, Gujarat has seen huge religious polarisation. This dominates the political narrative before the elections, and this benefits the BJP. How is the Congress trying to contain it?

The BJP tried to reduce the problems of Gujarat into a caste and religion issue. But this did not happen. Even now it is trying to do so. In the name of Hindutva, their leaders are working towards stoking anger among the Hindus against Muslims. And similarly, it is also trying to put one caste group against another. But it was unsuccessful.

People across Gujarat have now become aware. They have made up their minds to throw this arrogant government out. They know that this is a government which has only broken its promises.

Many political analysts feel that the Congress campaign is being steered by the Hardik-Alpesh-Jignesh trio, without any organisational help from the party machinery. What do you have to say about that?

It is natural that people who led social movements for the last 2-3 years will be more prominent. But it is wrong to say that the Congress is not working to help us. Their ground-level workers are campaigning everywhere. I know that. The party has supported the issues we are raising. It is a two-way process. People are also accepting and believing our leadership. And we will fight. We have to win. We want change. You see, governments come and go in a democracy. But this election is only a fight to defeat the BJP.

But this strategy may backfire too, without the organisational support of an old party. The BJP is running a campaign: “Gujarat hates Congress”. People will have to finally make a choice between your party and the BJP.

To oust the BJP is not only a fight for Hardik, Jignesh and me. It has become a battle for all Gujaratis. To bring Congress to power may be secondary, but Gujaratis have made up their minds to defeat the BJP, I am telling you.

What do you have to say about the BJP’s campaign that it stands for development, and the Congress for caste politics?

(Smiles) What are we talking about? We are raising issues like unemployment, stopping illegal trade of liquor, public education and farming crisis. Are any of these specific to one particular caste group? If the BJP is calling this casteism, then I believe there is no bigger failed government than this one. If a government can’t ensure these basic facilities for its people, I want to ask, what is the role and responsibility of a government? If it is labelling these as casteism, then I can only say that this government is trying to hide its failures and divert attention from real issues. We have raised issues concerning Gujaratis from across castes, about the poor and backward people. We are fighting for real issues. This is not called casteism.

Using caste politics and making one community fight another in the name of religion is in the nature of the BJP, not us.

The BJP has been saying the Congress will falter at the stage of ticket distribution. The Congress has had to face similar criticisms from independent analysts too. Your party has released its first list and you have been one of the crucial decision makers of the process. What do you have to say?

This time, the Congress is ready in its full strength. The party is clear that it has to form the government and for that it should represent young, honest, dynamic leaders. The party has done a detailed screening of candidates and is trying to represent leaders from across classes. The choices made will be good, I am sure. The first list is really good. The changes which were made (at the last moment) has made the list stronger.

It is true that some changes were made on the recommendations of old Congress workers, but that is a good thing. There was very little rebellion. Most in the Congress want to form the government, so they have set aside their mutual differences and individual ambitions. Many of them have told me that maybe we didn’t get tickets, but that is okay and we have to form the government together.

Whatever little differences you said, did they arise because of a clash of interests between the old guard of Gujarat Pradesh Congress led by Ahmed Patel and the new leaders representing you and others who have the support of Rahul Gandhi?

Nothing like that. In fact, before I joined the party, I met many old leaders of the state and asked them whether I am welcome, whether I will get their blessings. All of them said that the party wants young leaders like me.

Although Hardik Patel did not formally join the Congress like you, he has declared his support to the party. Meanwhile, a few prominent PAAS (Patidar Anamat Andolan Samiti led by Hardik) have joined the BJP. Do you think this may break the Patidar support the Congress is relying upon so much?

Horse trading is nothing new for the BJP. My followers are also being offered Rs 1 lakh to leave me. BJP’s tactic has always been to first approach its contender politely by buying them off with money and if they do not budge, it threatens them. BJP is indulging in fear and greed politics. But such manoeuvres have actually helped us. We want genuine leadership. We do not want people who can be bought off with money in the long run. People who have left us have gone because of greed. And who can be bought off by money, those leaders would not have worked for the benefit of the people. They would have been useless anyway in good governance.

But this shows that if the BJP can stoop to this level, it is scared and is feeling insecure. This time, it will not win.

Patidars were the backbone of the BJP for the last three decades, its biggest supporters. Do you think a majority of them will shift towards the Congress?

The issues of Patidars were not addressed by the government. So they felt betrayed. They think that the party which rose to power because of their support has now turned its back on them. That is why they have made up their minds to remove the BJP government. 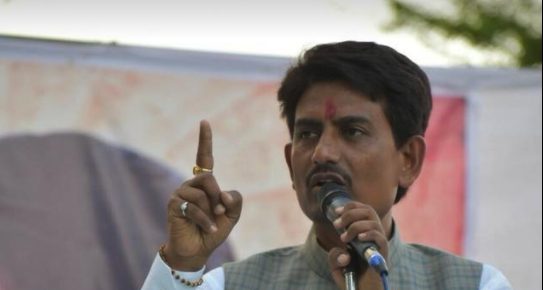 But there is an understanding that the old Patidars may not vote for the Congress, despite their anger. And what about the contradictions in your caste group and Hardik’s? You ran a campaign against Hardik’s demand for reservation.

I do not see the contest that way. I see the Gujarat elections as a resistance from people from poor and middle class backgrounds who want the government out. And all of us have joined that struggle, keeping aside whatever differences we may have.

So you think people will vote according to their class preferences and not caste preferences?

Yes. Class politics is at play. But I also want to add that it is not a ‘rich versus poor’ fight. But the rich, who may not need to work full-time, is silent, and the poor are fighting for their rights. They have started their fight against the corrupt leaders of the state.

Final question, how is the Congress planning to take on the formidable organisational structure of the BJP on the ground? I am talking about polling booth-level management. What is your estimate of the Congress’s figure after polling?

I believe that the Congress will win more than 125 seats and form the government. I have readied booth-level teams of around 100 people comprising children, women, elderly and young men in 108 seats. In all the 108 seats together, there will be around 15,000-20,000 volunteers who will look after the booths. I could do this because I was already active in a cadre-based organisation. This is only my effort. The Congress party has similar teams in all the 182 seats. Together, we will keep the ante up.

One thing I can say very confidently is that this time, BJP leaders will not be able to threaten people to vote for their party. But I have a fear that they may wangle the EVM machines.

But for that we are thinking of making teams of people who accompany the EVM machines to the counting station and remain there until counting is done. This will be our effort. But I request the Election Commission to take into account this concern and ensure maximum transparency.