In the clip, the senior BJP leaders allegedly discuss getting two central government officials transferred to Bengal to act against four IPS officers.

New Delhi: Even as the Centre-West Bengal standoff over the CBI’s action against the Kolkata police commissioner aggravated on Monday, an audio tape alleged to be a phone conversation between senior BJP leaders Kailash Vijayvargiya and Mukul Roy started making the rounds on social media again – casting a new cloud over the independence of the central investigating agency.

The conversation, which takes place in Hindi, goes something like this: At first, Vijayvargiya can be heard enquiring about some new leaders who could engage the Matua community in Bengal.

Then Vijayvargiya asks Roy if he has anything to tell the “adyaksha” (president) as he was supposed to meet Amit Shah soon.

Also read: Explainer: What the Standoff Between Mamata Banerjee and the Modi Govt Means

This is when Roy asked if the CBI could monitor four IPS officers, who he did not name, it would scare the Bengal’s IPS cadre.

In October 2018, Roy had accused the state government of “illegally tapping” his phones after two conversations with Vijayvargiya were circulated on social media.

Incidentally, Roy is also one of the main accused in the chit fund scam, which the CBI is investigating. He was a former Trinamool Congress leader and also served as the union railways minister during the UPA government. However, he joined the BJP in 2017 and is now guiding the saffron party in its electoral plans. 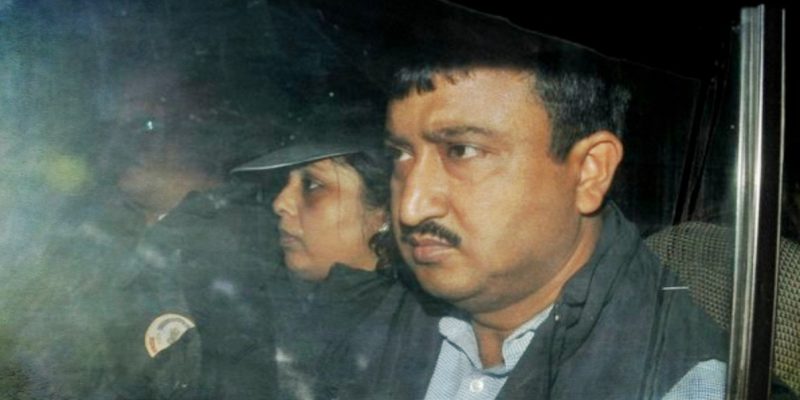 The detained CBI officers who had come to question Kolkata commissioner of police. Credit: PTI

Translated excerpts of the conversation:

Vijayvargiya: “I am going to the president’s house. So what all should I speak about?”

Roy: Now, the main concern is to keep an eye on four IPS officers. If the CBI can be told to monitor them, then the IPS cadre here will get scared.

I am in close touch with Sanjay Singh.

Roy: Sanjay, the same CA who goes to meet you.

Vijayvargiya: Hmmm. Please SMS me the two names, where they are placed currently and which position they should be brought to in the state.

Although further details of tape could not be independently verified by The Wire, it is likely to ruffle feathers.

The audio tape, if authentic, points towards a direct attempt by the BJP to influence the CBI. Nothing could be more harmful to the agency’s reputation in the current political climate.

West Bengal chief minister Mamata Banerjee is sitting on an indefinite protest against what she called was misuse of the CBI by the Centre to target political opponents.

The evening of February 3 saw great chaos and drama in Kolkata when as many as 40 CBI officials landed at the city police commissioner’s office to probe him on his alleged role in burying evidence in the chit fund scam probe.

Following this, in a tit-for-tat move, the Kolkata police detained at least five CBI officials to enquire whether they had the required approvals to take the police commissioner in for questioning.

Since then, accusations and counter-accusations have flown from all sides. With the CBI targeting the West Bengal government, the opposition ranks have declared their support for Mamata Banerjee.

Listen to Mukul Roy, the main accused in the Bengal chit fund scam,who then joined the BJP, speaking to Vijayvargiya, BJP in charge of WB, about how he should speak to Amit Shah to misuse the CBI, IT&ED to pressurize top police officers of WB. #MamataVsCBI https://t.co/MvSuuYPz2U