The former UP chief minister and Samajwadi Party chief answered questions at The Wire Dialogues on February 9. 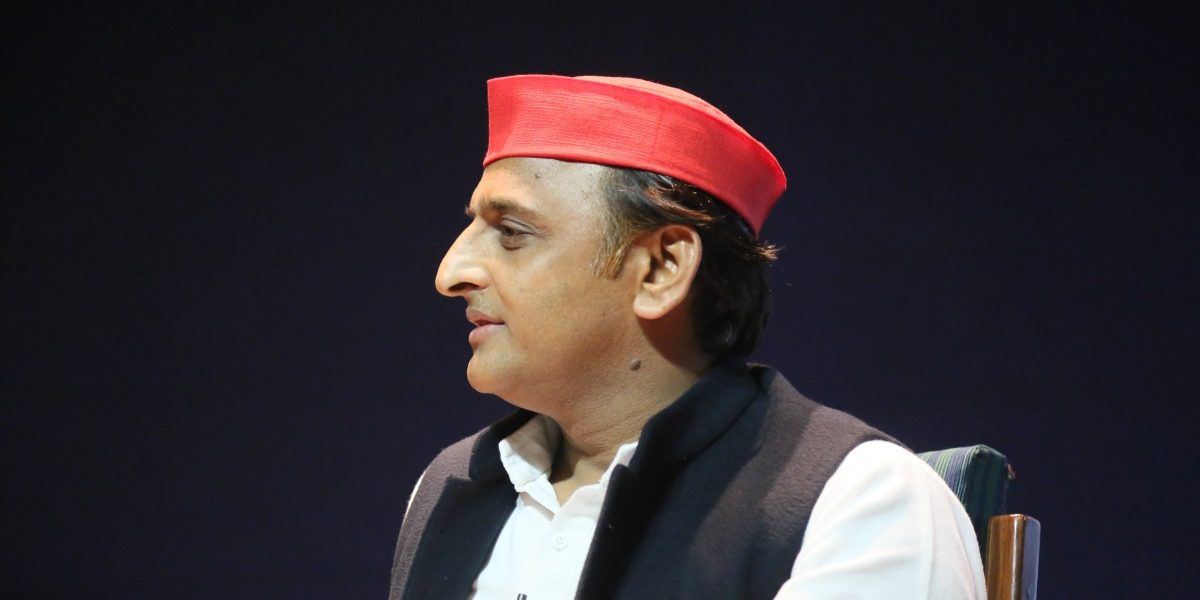 Akhilesh Yadav at The Wire Dialogues. Credit: The Wire

New Delhi: Reviving the “dual membership” controversy that broke the Janata Party government of 1977, former Uttar Pradesh chief minister Akhilesh Yadav turned his sights on the BJP’s Hindutva ideology, accusing the party of being more loyal to the Rashtriya Swayamsevak Sangh than to India’s constitution.

Speaking at The Wire Dialogues on February 9, he said, “Satta mein do shapath wale log baithe hai… Ab desh ki janata taya kar chuke hai ki desh mein nayi sarkaar banayenge. Ab cycle (SP’s election symbol) aur haathi (BSP’s election symbol) saath saath chalenge (Those who are in power have taken a dual oath. The socialists have decided to form a new government. And the cycle and elephant have come together for that).”

Asked why the Congress was left out of the coalition he announced with BSP leader Mayawati, Yadav denied that this was the case. “Congress is part of the coalition. When Mamata Banerjee organised an opposition rally in Bengal, all the parties were there, including the Congress.”

“Congress is a part of the UP gathbandhan too. We have left two seats for the party. UP has only 80 seats. If there were more, we could have thought of giving it more seats,” he said.

The former chief minister was in conversation with The Wire‘s senior editor Arfa Khanum Sherwani at The Wire Dialogues, a public event organised here to celebrate the second anniversary of The Wire Hindi‘s launch.

On Priyanka Gandhi’s induction as one of the Congress’s general secretary-in-charges in UP, he said, “I welcome her. Only when new people join, will politics change in the country.”

Asked whether the BSP-SP coalition would be adversely affected by the Congress fighting all seats in Uttar Pradesh, Akhilesh said that while the two parties in the gathbandhan were “fighting the election to stop the BJP, others were looking to use the election to build their party.”

The Janata Party was a conglomeration of various anti-Congress parties that included both the socialists and the BJP’s earlier avatar, the Bharatiya Jana Sangh (BJS). Its government fell when the socialists objected to BJS ministers’ dual membership of both the Janata Party and the RSS. The refusal of ministers in question – Atal Bihari Vajpayee and Lal Krishna Advani – to give up their RSS affiliation led to the party’s unnatural death. The BJS then regrouped to form the BJP.

Taking a dig at the BJP’s “do shapath”, the Samajwadi Party president said, “There is no better way to understand the BJP. In UP, if there is a monkey scare, the chief minister tells you to read the Hanuman Chalisa. The chief minister also teaches you how to take a holy dip in the river. But when it comes to governance, they have no idea.”

He added that the people who have this dual loyalty  are now so well-placed in the current regime that there is no check on how the “samvidhan (constitution)” is being violated. “RSS ke log aaj unche padon mein baithe hai (RSS members have occupied top positions today),” he said. 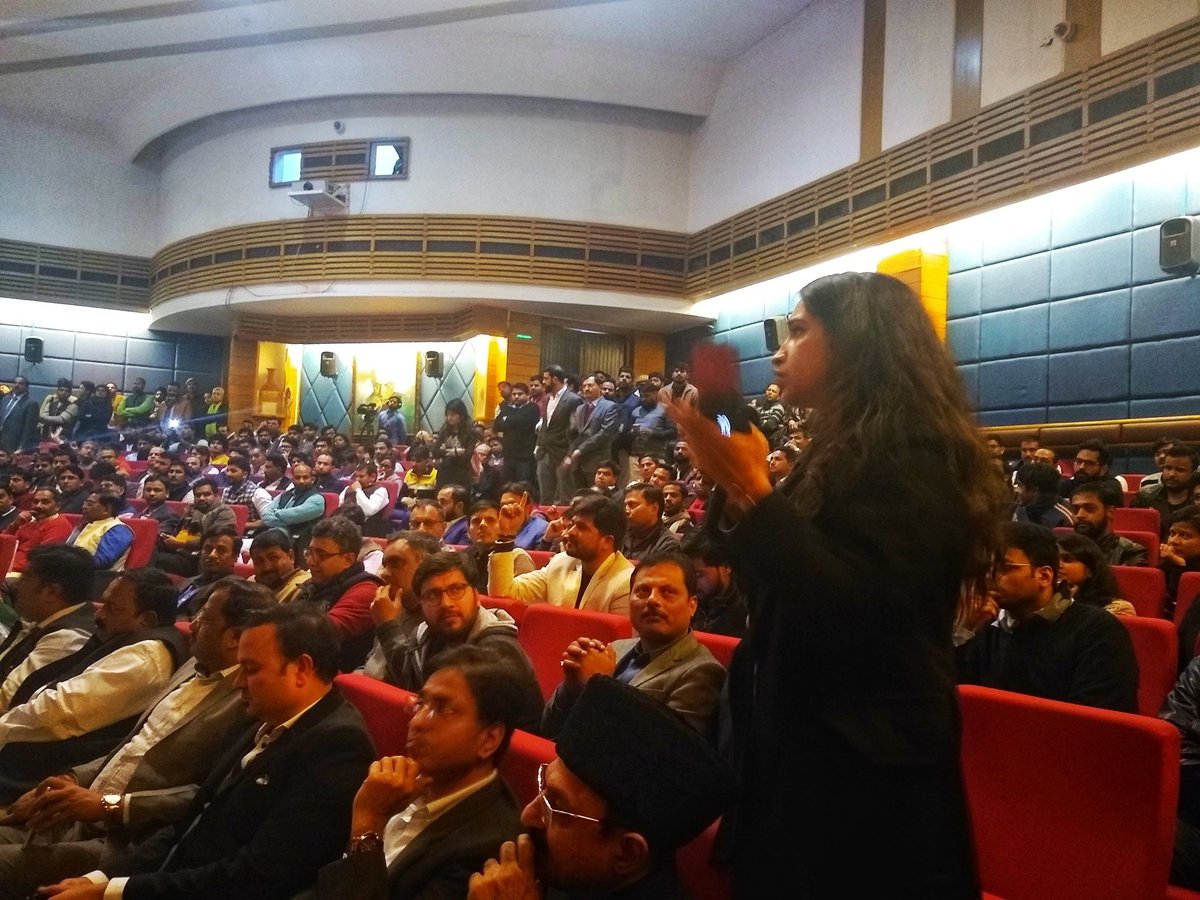 An audience member asks Akhilesh Yadav a question about allocation of tickets to women candidates. Credit: The Wire

To a question on the recent controversy over the new 13-point roster in the university system, he said, “RSS ke log hi ab vice-chancellor ban rahe hai. Toh 13-point roster toh hoga hi. Governor bhi saare unhi ke log hain (Only those who are affiliated to the RSS become vice-chancellors. So naturally they will implement the 13-point roster. All the governors are also their people),” he said. Many in the academic community argue that the new roster will significantly reduce the number of reserved posts for Dalits and Adivasis. They have demanded that the previous system of the 200-point roster be reinstated.

Yadav also took a dig at the governors’ offices, saying that RSS-affiliated governors are in a deep slumber. “In UP, the governor has turned a blind eye to multiple violations of the constitution. The BJP has lowered the level of political discourse so much. There is so much chaos but the governor fails to notice any of this.”

Also read | Reality Check: The Promised Drama of 2019 Is Not Modi vs All

On Prime Minister Narendra Modi’s description of a united opposition as “mahamilawat”, or ‘the great aduleteration’, Yadav said that the BJP itself has relied on coalitions every time it has come to power. “In 2014, the BJP was in coalition with smaller parties in UP. What will you call that?” he asked.

He said that even parties which had mutual differences have come together to oppose the BJP and its high-handed approach towards political opponents. “You have unleashed agencies like the CBI against your political enemies. The use of foul language and now legal persecution against the opposition is unprecedented. I think the BJP is learning from Pakistan, where once a prime minister loses the election, he is forced to flee the country.”

To a question on how despite so much animosity, the BSP and SP have come together, he said, “Pachees saal ka jhagda maine 25 minute mein khatam kar diya (I ended the 25-year-old quarrel in 25 minutes).”

“I just want to say that those who were responsible for the differences between us – the two parties which stand up for the backwards – will now be shown the door,” he said, but did not clarify whether he was referring to the BJP or party insiders. However, he said that the emerging opposition unity was not merely an electoral formula but a “vichaardharaon ka sangam (unity of ideologies)”.

He said, “They (the BJP) always said that in our regime, Yadavs have become dominant in government offices. The new government in UP ordered an inquiry commission but it still has not been able to produce a report. The fact is that it will have no proof to support the claim. They took the people of UP for a ride.”

“On the other hand, wherever you go today in UP – be it government offices or police stations – people are first asked about their caste before their concerns are addressed. The BJP had earlier only divided the society on religious lines, but now they are spreading hatred among different castes too,” he said.

“The BJP has made us realise that we are backwards. I was born into a caste. I had no control over my birth. But my government was giving laptops to people and focused on the general well-being of the marginalised. But the BJP only wants to put us in our place,” he said.

To a question on the 10% quota for ‘economically weaker sections’ that the Union government put in place recently, he said, “I have been saying that all groups should get reservation in proportion to their population. Let them do it. Let everyone be counted.” He said the results of the caste-wise enumeration conducted a few years must be made public. Arfa Khanum Sherwani and Akhilesh Yadav at The Wire Dialogues. Credit: The Wire

Many political analysts have earlier said that the logical outcome of extending the quota system to the general category in the future could be some sort of proportionate reservation. In that case, the OBC groups, which have the greatest strength in the population, would have the maximum share in jobs. Yadav’s statement indicates that the Samajwadi Party, whose voter base comprises a large chunk of OBC groups, may use that argument politically in the future.