In the end, everyone has to go but if fate had let him walk after his accident, Chhattisgarh would have been grateful. 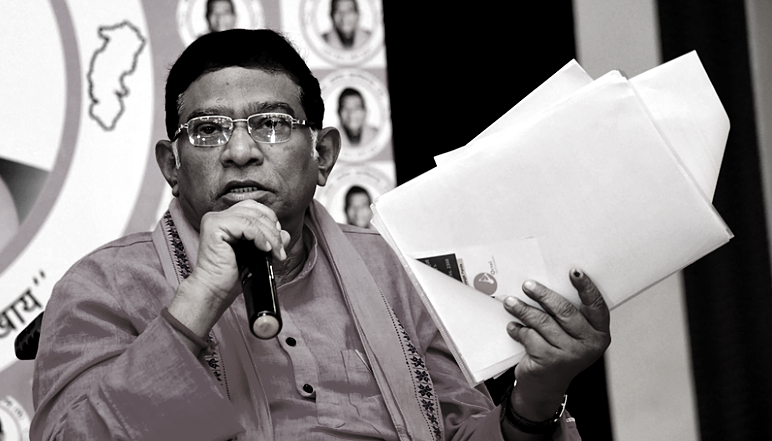 The tiger from the Achanakmar forests who once ruled Chhattisgarh is no more.

For the better part of the last two decades, Ajit Pramod Jogi had fended death off with uncommon spirit from his wheelchair. He tackled illnesses, politicians and court cases with ease.

Jogi had reinvented himself, Madonna-like, with such finesse and so many times that even “maverick” proved insufficient a word for him.

He grew up in a forest village in the difficult post-Independence years, topped a regional engineering college and journeyed onwards to become an IPS officer in 1968 and an IAS officer in 1970. 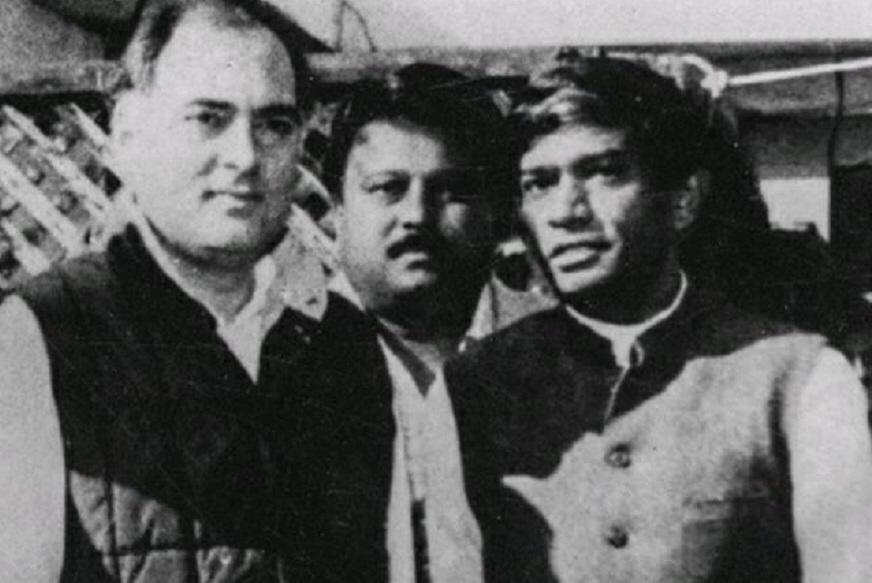 He may have grown up in the shadow of his contemporaries — Digvijay Singh, Kamal Nath, the Shukla brothers and Madhav Rao Scindia — but in the end he out-manoeuvred them to carve a niche for himself from scratch, with no political background or training.

He achieved an undeniable cult status in Chhattisgarh, where his support or opposition could make or break a regime. 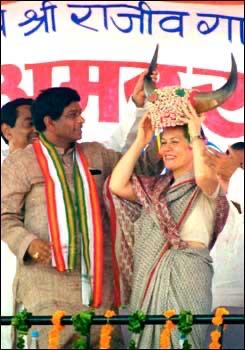 He has passed away with a party in his own name — the Jogi Congress. It has seven MLAs at a time when Modi’s BJP could win only 15 seats in a house of 90. No other regional leader who left Congress including his political guru Arjun Singh, who once formed Tiwari Congress with N.D. Tiwari, has left a legacy as proud as that.

The first time I met Ajit Jogi was in November 2000. I was a reporter in my home town of Raipur, which had become the capital of the newly created state of Chhattisgarh.

Raipur was still the garh of the Shuklas, Jogi was still a political pygmy compared to the towering Vidya Charan and Shyama Charan who had held sway in the region for more than 50 years.

I thought he stood no chance against those giants but Jogi had played his cards well. With Sonia backing him, Digvijay who was then chief minister of undivided Madhya Pradesh had no option but to support his candidature as the first chief minister of Chhattisgarh. Digvijay, no less than the sitting chief minister, was beaten up at Vidya Charan’s residence for declining to back him.

When Ajit Jogi, then 54, took oath as chief minister Raipur’s Police Grounds fell eerily silent. At least three Chhattisgarhi ministers in Digvijay’s cabinet fought with him because they had expected him to opt for at least one of them. Jogi that fateful day had the backing of only two out of the 48 Congress MLAs.

In the two and half years that he reigned, not only had all the supposedly senior Congress leaders fallen in line but he had another 12 from the BJP in his line-up.

He was the undisputed leader of the Congress, pushing into background both the Shukla brothers and their 50-year start over him.

He had his own set of people in administration and entire political spectrum, replacing every loyalty chain and creating his own.

He forced Vidya Charan to quit Congress and join NCP, he forced the BJP under Atal-Advani to put up a triumvirate — Union ministers Raman Singh, Ramesh Bais and Dilip Judeo — against him. His sway and command was complete when the party went into the 2003 assembly elections.

And all in less than three years.

A lot his success may be attributed to his background and experience as a bureaucrat. He might be the only IAS officer in the country who served as a district magistrate for over 12 years in Sidhi, Shahdol, Indore and Raipur before resigning from the service. He was sent to the Rajya Sabha by Arjun Singh in the mid-80s.

Also read: We Are Witnessing the End of Ajit Jogi’s Political Career

Jogi is still fondly remembered in all the places he served as collector for his easy accessibility. In fact, he chose the Collector’s Bungalow in Raipur as the chief minister’s residence. That’s where I met him as a reporter. The meeting lasted for more than four hours, well into the night.

I shared his rural background. He listened to my experiences and policy suggestions. Nothing was minor when it came to the state. In many ways, Chhattisgarh was fortunate to get a formally educated bureaucrat as its first chief minister. He laid the strongest possible administrative and policy foundation for the state and when you compare it to states of similar vintage — Uttarakhand and Jharkhand — Chhattisgarh has been more stable.

He knew instinctively that the state needed more water and power to prosper. The Hasdeo Bango canal had been lying unfinished for 25 years. With one single tender of Rs 1,500 crore, he solved that issue and within two years, nearly doubled the irrigated agricultural land in the state. Crop production jumped from about 20 lakh tonnes, annually, to nearly 45 lakh.

Also read: Congress Embraces Old Ways of Relying on Dynasts Without a Shred of Embarrassment

Today, Chhattisgarh produces between 80 to 120 lakh tonnes of paddy every year. He improved rural road connectivity and through innovative methods like encouraging dabris (ponds) and forest pattas (land rights), he won over the population. The ponds are still known as “Jogi Dabris” and those who received the pattas (land rights) still call them “Jogi Patta”.

Jogi eventually proved to be as clever a politician as he was an administrator. He started the caste panchayats in the chief minister’s house, in a state which had until then not regarded caste as an issue to be solved. Meanwhile, he benefited directly by becoming the Satnami mainstay and also doubled as a tribal where it was required. No one expected him to lose the 2003 Assembly elections and in fact most people believed he was good for another 10 years.

The post-2003 era was totally different time in the life and times of the tiger of Achanakmar. Within a year from 2003, Jogi who had lost his chair, had been suspended from party, became a Lok Sabha MP and finally became a paraplegic in a cruel accident. His son had been accused of murder, meanwhile.

I had seen Jogi closely through all these years of success, trials and tribulations. His was a complete dedication to Chhattisgarh.

I could not agree with a lot of his divisive methods but he had his political compulsions.

He never lost sight of what he had to do for the state and it’s poor. There were many hurdles in his path but in all these years I have never seen a politician who once ran like the hare get confined to a wheelchair and run yet faster and stronger than everyone else around him.

In the end, everyone has to go but if fate had let him walk after the accident, Chhattisgarh would have been grateful.