We Are Witnessing the End of Ajit Jogi's Political Career

Ajit Jogi has had a rollercoaster of a political trajectory, and risen again after many a fall. But now, it looks like his time in the electoral arena has come to an end. 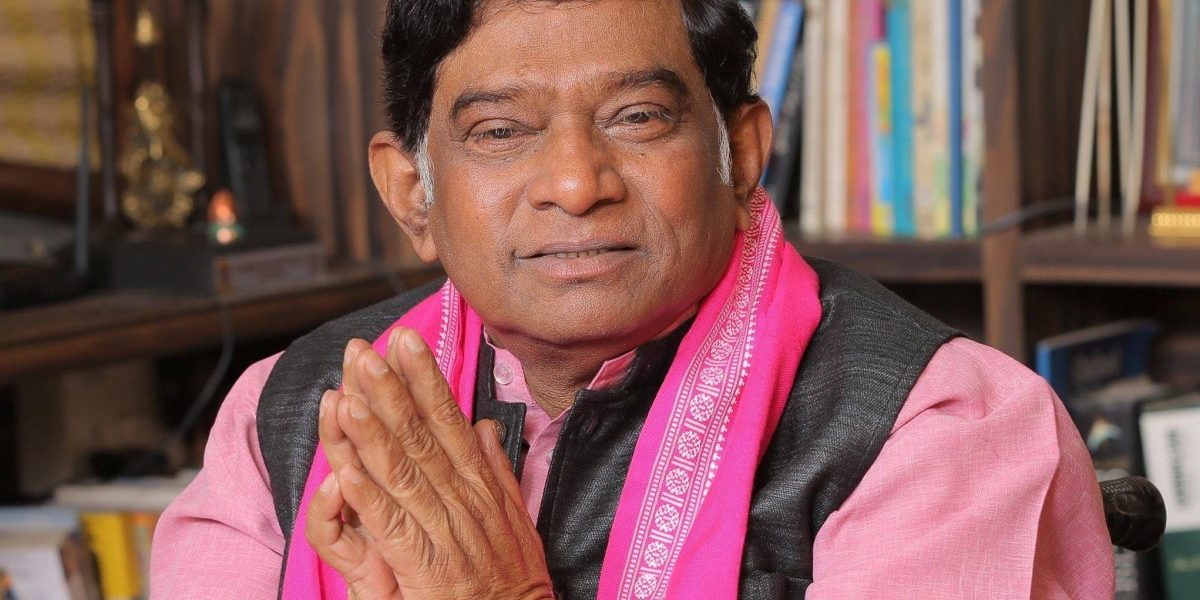 Narendra Modi may or may not come back to power, but lost somewhere on the larger political canvas is the end of the Ajit Jogi story in Indian politics.

First let me confess, I am a great admirer of Jogi’s. There have been many village children who have gone on to become civil servants, and many have served their community well, but Jogi was always special. He grew up in the newly independent India of the 1940s and ’50s, in a small village in the Achanakmar forests of central India.

Electricity only reached his village four decades later, when he had already topped the engineering entrance exams, graduated from a regional engineering college, joined the Indian Police Service and then the Indian Administrative Service, and was on his way to becoming India’s longest serving district magistrate. ‘Collector Sahib’ was a title coined for him, as he served exclusively as a district collector for 12 years – in Sidhi, Shahdol, Indore and Raipur – before resigning from service. He was then, in the mid-1980s, sent by Arjun Singh to the Rajya Sabha.

Jogi is still fondly remembered in the places he served as collector for his easy accessibility. Locals recall being allowed even into the bedroom of his collector’s bungalow. He stripped the position of its brown-sahib magic, and made it a point to indulge local politicians – from the National Students’ Union of India or Youth Congress president to MLAs and ministers. Those were the Congress years in Madhya Pradesh; Arjun Singh was lord and master. Jogi knew where he was putting his eggs.

By the late 1990s, however, as the chaos in the Congress arty cleared and the Sonia Gandhi years began, Jogi was by her side, guiding her against the same Singhs from Madhya Pradesh. His natural intelligence had made him Arjun’s favourite, but now his loyalties had been transferred to Sonia, due to political circumstances and their shared Christian background.

When Chhattisgarh was created in November 2000, the Congress held 48 out of 90 seats in the new assembly, cleaved off from the Madhya Pradesh Vidhan Sabha. Sonia overruled all other claimants and enjoined Digvijaya Singh to anoint Jogi as chief minister.

In many ways, Chhattisgarh was fortunate to get an educated bureaucrat as its first leader, and one from the most backward region in the state. Jogi used his experience to streamline the bureaucracy. He concentrated on breaking away from the debt-ridden MP electricity board (MPEB); forming its own electricity board – CGEB – was better for Chhattisgarh as the Korba thermal installations alone made the new state have a power surplus. The Hasdeo Bango canal had been lying unfinished for 25 years – in one single tender of Rs 1,500 crore, he resolved that issue and within two years nearly doubled the irrigated agricultural land in the state.

Crop production rose from about 20 lakh tonnes annually to nearly 45 lakh tonnes. Rural road connectivity improved, and Jogi got the then Union railway minister, Nitish Kumar, to sanction one Janshatabdi train from Rajnandgaon to Raigarh, easing labour movement across the heart of the state.

Other novel and stabilising schemes were implemented in his short tenure, including Jogi dabri (water source), Jogi patta (free land holdings to the poor) and one rupee rice for SC/ST communities. In those 2.5 years, Jogi became a household name, and pushed every challenger, including the Shuklas, out of the ring.

So what went wrong? Enter Amit Jogi – all of 25 and brimming with ambition and theories of realpolitik. Initially, Jogi senior did not allow him much action but one day, less than a year into his term, Amit announced that he had “bought” 12 BJP MLAs – which meant the 36-member BJP would be weakened and the new entrants would be personally loyal to the Jogis.

Soon Ajit started caste panchayats in the chief minister’s house, giving a new twist to a hitherto casteless state. He benefited directly by becoming the Satnami mainstay and also doubled as a tribal where it worked. But the slide had begun. The political machinery is oiled with money and arrangements have to be made. A chartered accountant from Delhi and his gang entered the scenario and captured Amit’s imagination.

Clever officials started reporting to Amit directly, whose durbar opened in the chief minister’s house after his father had left. The then police top brass literally fed him with their own imaginary dirt and fears. Those close to Ajit and whose advise was crucial to his functioning were removed and quietly replaced with operators.

Amit’s trust in video and sound recording and its use in settling political scores and opponents won over his better judgment. He captured the state’s cable network through a combination of money and police persuasion. His Abhi Tak channel was designed on the lines of Tamil Nadu’s Jaya TV. The BJP machinery latched on to these moves and spread the word about Ajit’s “dictatorial ways”. They used their RSS network to drum up a feeling of paranoia.

Crucially, Ajit denied V.C. Shukla a Rajya Sabha nomination in early 2003, sensing he would create hurdles in Delhi. V.C. aligned with Sharad Pawar and launched the Nationalist Congress Party in the state. The launch parade was so overwhelming that Pawar thought he now had another state, besides Maharashtra, under his belt. The beleaguered Bharatiya Janata Party, which had wide network of troops, found the ideal field gun in V.C. for the 2003 assembly elections. Its own team of Dilip Singh Judeo, Raman Singh and Ramesh Bais did not look capable enough to dethrone Jogi. Eventually, the NCP cut 7.3% off the Congress’s vote share and the BJP emerged victorious.

The audio and video recordings that had brought down the challenge of Judeo in the build up to the assembly polls came back to bite the Jogis, as a local BJP leader, Virendra Pandey, recorded Ajit’s attempts to buy five BJP elected legislators just after the assembly results. Ajit was subsequently suspended from Congress for six years.

But within a year from 2003, Ajit, who had lost his chair, been suspended from party, seen his son was accused of murder and become a paraplegic, defeated V.C. to become a Lok Sabha MP. Has there been more drama in any single leader’s life in such a short span of time?

The Raman Singh era began in the shadow of the Jogi imprint. But the BJP knew well that there were dissenters within the Congress and Ajit had a running feud with Bhupesh Baghel, Satynarain Sharma, Nand Kumar Patel, Mahendra Karma and Charandas Mahant. The 2008 assembly elections were another textbook illustration in how to divide the opposition and win, by the BJP. In the eight years that followed the 2003 elections, it became a generally acceptable political aphorism that till Ajit is in Congress, no one can beat Raman Singh. 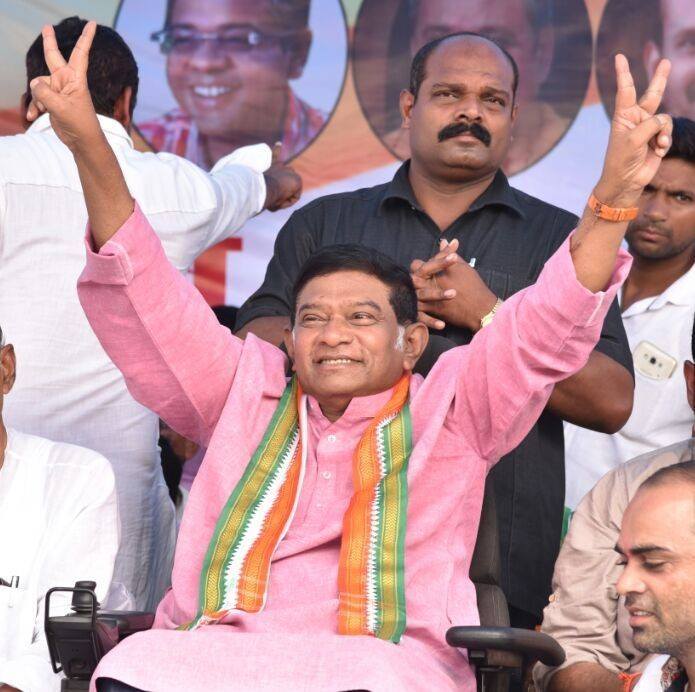 As the Congress lost for the third straight time in 2013, Ajit was again targeted for complicity with Raman Singh and Congress replaced Mahant with more aggressive Baghel. The new PCC president, a known Jogi-baiter, convinced Rahul Gandhi that Ajit was at the bottom of all the conspiracies in Chhattisgarh which kept the Congress out of power. Soon, he was able to prove this too – thanks to Amit’s penchant for clandestine recordings proving (again) that such things always come back to bite.

In a 2015 by-election for Antagarh seat, Congress nominee Mantu Pawar withdrew in favour of the BJP and Amit and Raman Singh’s son-in-law Puneet Gupta are believed to have been behind bribing him. Baghel obtained the recording from a Jogi acolyte and played it for Rahul. Ajit was suspended again from the Congress. Baghel went a step further and suspended Amit as well. Ajit had no option left but to form his own party: the Chhattisgarh Janta Congress. popularly known as Jogi Congress.

There were many who believed that it was the end of Ajit Jogi, as the assembly elections would be a direct fight between the BJP and the Congress. But just before the elections, after the father-son duo failed in their attempt to get back into the Congress, Ajit pulled off an alliance with Mayawati. He was expected to win about 10 seats and become the kingmaker – but the 2018 assembly mandate was decisive beyond anyone’s belief. The Congress swept the elections with a never-before 68 seats, and though the Jogi-Mayawati combine came close to Ajit’s target of 10 seats with seven, the BJP was literally washed out with just 15 seats.

As the assembly took oath and Ajit had to watch his rival Baghel become leader of the house, the real impact of the election results become clearer. Two BSP MLAs found themselves closer to the Congress, in alignment with national politics. His own team of five consists of himself, his wife, two Thakurs and one Brahmin – the worst arithmetic possible for his Dalit-Tribal combine. Those three MLAs are now openly collaborating with the ruling party, as they are all former Congressmen anyway. Most of the former Congress MLAs and district leaders who had joined him have gone back to Congress. All his party spokespersons, youth leaders and district presidents have left, along with the treasurer and almost all the office bearers. The Jogi house, known as the Sagon Bungalow, is a lonely place. Baghel has ensured no one visits Ajit without consequences.

At 73, Ajit is now a forlorn figure in his wheelchair, with an MLA wife and an ex-MLA son in tow. Amit faces fresh SIT probes and possible arrest in the Antagarh case. The Jaggi murder case, from which he has been exonerated, may be opened again. Mayawati refused to continue the partnership for the Lok Sabha polls, and announced all her candidates without consulting Ajit.

Also read: Congress Embraces Old Ways of Relying on Dynasts Without a Shred of Embarrassment

Ajit’s own cases regarding his caste/tribal status will continue, and it is likely that under Baghel his tribal status may be withdrawn permanently as had been done by the collector of Bilaspur in 2018. Jogi is spirited and has come out of worse situations, but with age and fate coming full circle, the road ahead now seems steeper.

The next assembly elections are in 2023, when he will be 78. There will be corporations and panchayat elections in between, but there are few takers for a JCC ticket. It may be time to rest and look back. Perhaps retire and write his memoirs. His “nuisance value” for the BJP is over; Baghel is blocking his entry into the Congress and a return seems impossible. At any rate, the Congress does not have a margdarshak mandal. The screen has dropped, signalling the end of the Jogi show.