Did he walk the extra mile, take the extra risk, steer things on his own? 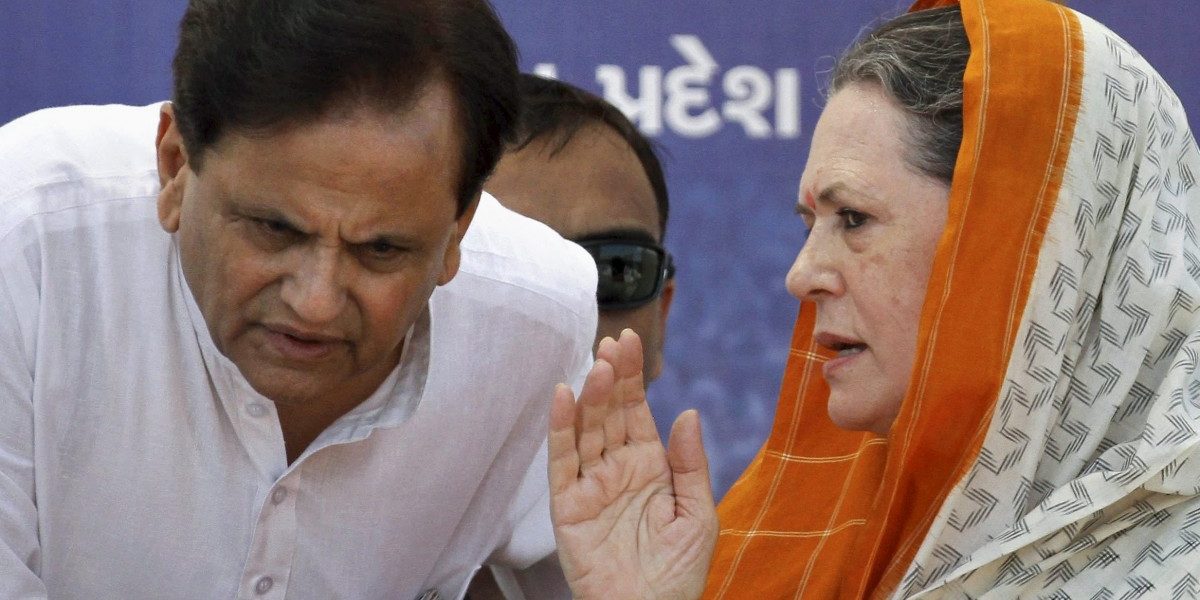 The one mobile phone number young and middle-level journalists in Delhi used to flaunt belonged to Ahmed Patel, the Congressman who now lies buried next to the graves of his parents in his native Bharuch in Gujarat.

In recent times as the profession of the hack reduced to source-based journalism, possession of certain mobile numbers decided the hierarchy among journalists covering politics. It was a sort of a level-playing field. A senior journalist and a novice could be sharing the same pedestal if both had access to, say, Ahmed Patel’s number. And if a reporter could also flaunt a reply from, say, Patel to an SMS, he or she had a high chance of heading any news channel in Delhi!

But why am I talking about journalism when the subject is Ahmed Patel? Because, for the youngsters in the profession, Patel was no more than a top leader who was accessible, who was a prized source, irrespective of whether he gave away any information. He was much more than an ordinary source. He had a good side. He had a bad side. Like anyone else. To write about both sides will do justice to him, but that is easier said than done these days.

As journalists, even senior ones, lost the the ability to call top leaders any time of the day or night, the next best was the ‘source’, and, in the case of, Ahmed Patel, there was no better ‘go-to man’, the phrase used by hacks to describe Patel the personal consiglieres of Indian political families.

Ahmed Patel was a seasoned politician, a Family apparatchik in the Congress, the guardian of the Family’s closet full of skeletons, a man whose only claim to fame, and fear, was his enviable closeness to the Family, matched by a couple of virtues: cold ruthlessness in dealing with the Family’s ‘enemies’; the sharp brain of a Bharuchi that could fathom the nether world of business as easily as the torrid seas of politics. 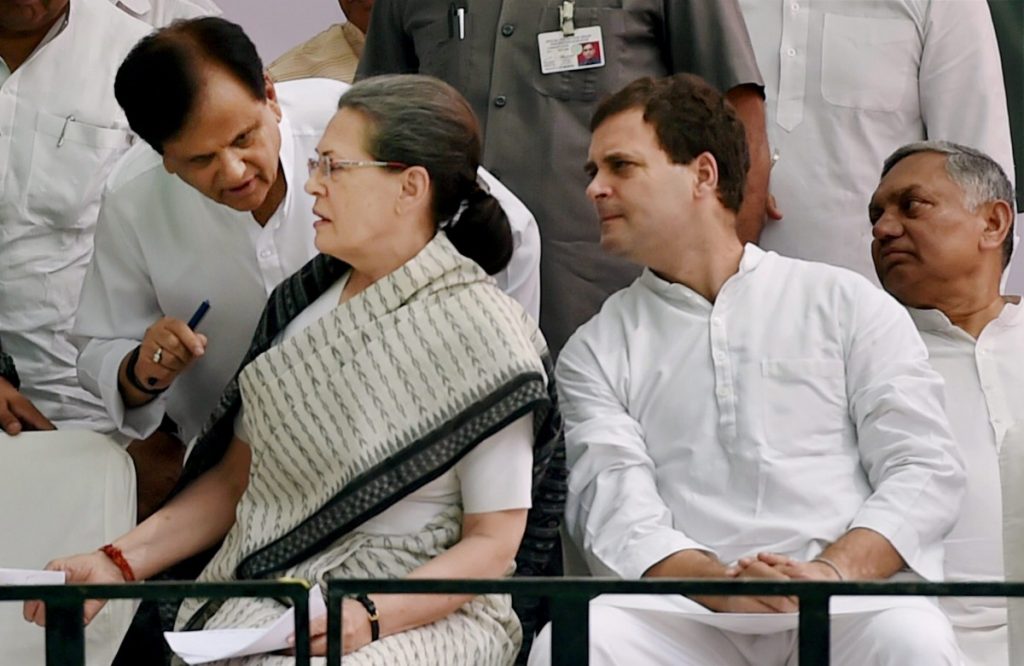 A file image of Ahmed Patel with Sonia and Rahul Gandhi. Photo: PTI

What consiglieres did was what they were told to do. Yes, what they did was also what they thought their masters ought to order them to do. Of course, there are occasions when what they did was an over-stepping of their powers. But then, that is the life and times of consiglieres, isn’t it? While they do what they are told to do, they create the impression that they are doing what they ought to do with or without the nod from their masters. That is how they create the halos around their heads. That is how politics is played behind the veil. That is the inner reality not many are aware of and even if they are, they will not acknowledge it openly.

Reach out to the scores of top Congress leaders who were hurt by Patel’s actions. What hurts them more is the fact that they are unable to confirm if the actions were okayed by the Family. They will speak about the Patel they know.

I don’t know if journalists who had Patel’s number have Sonia Gandhi’s and Rahul Gandhi’s cell phone numbers as well. Perhaps they could call up Sonia Gandhi and ask her if she directed Ahmed Patel to do the dirty chore of telling the sons of the just-dead P.V. Narasimha Rao, the father of economic reforms and former prime minister, that his funeral cannot be held in Delhi? That his body cannot be brought to the All India Congress Committee headquarters for party workers to pay their last respects? That the body be taken forthwith to Hyderabad? That no senior Congress leader will attend the funeral? That PV was to be forgotten and erased from party memory at once? There are a few senior journalists who tried to save Sonia Gandhi from the blame by obliquely hinting that Ahmed Patel did the ordering, without clarifying whether the orders came from Sonia Gandhi.

In the Congress scheme of things since 1885, a person who could order such things could be no other than the party boss. If somebody, say, Ahmed Patel, did it on his or her own initiative, he or she would automatically be the new boss! In Indian politics, party workers know their place in the party social order. They don’t transgress it if they are oriented for the long haul. If not, ask M.L. Fotedar or Pranab Mukherjee. 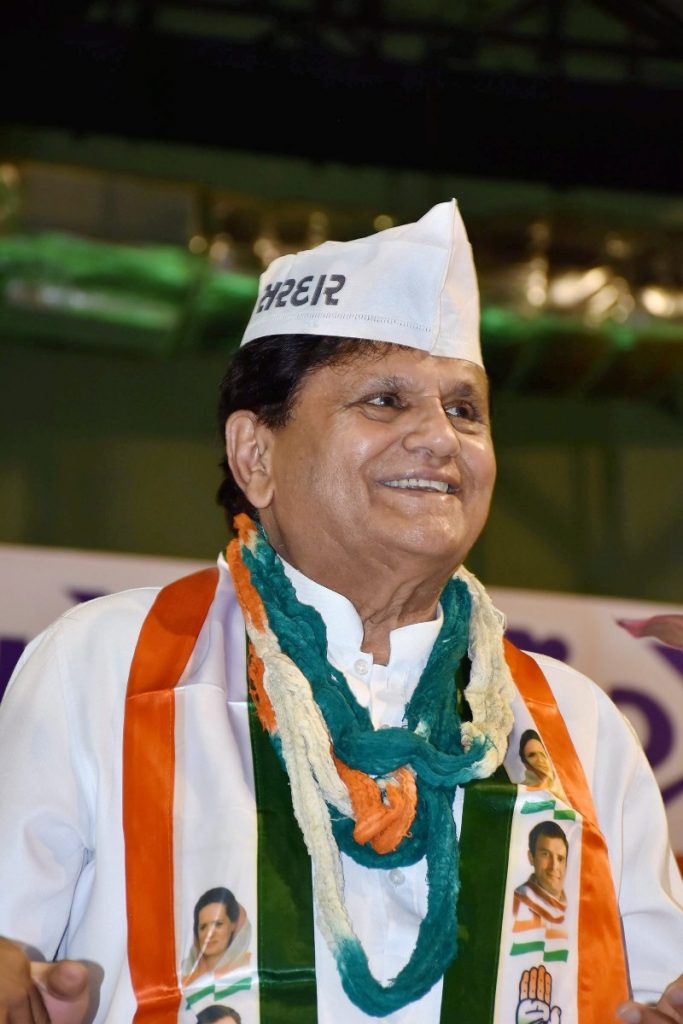 Journalist Sanjaya Baru, once media adviser to a Prime Minister, writes in his memoirs that Ahmed Patel did ask him to convey to PV’s sons the message that the funeral cannot be in Delhi. Baru says he refused, but the point is this recollection proves it actually happened. You can talk to P.V. Ranga Rao or P.V. Rajeshwar Rao for the sordid details. They are PV’s sons.

Some journalists credit Ahmed Patel with giving away Telangana to the people of Telangana. Sonia Gandhi is not going to come out with a denial if you say so. Isn’t it? And even Patel is no more, so his cheeks cannot turn red in embarrassment either. Again, a case of praising the source beyond the level of the source to protect that source.

Recall the days of November, 2009 – exactly 11 years ago, to the month – when KCR went on a fast-unto-death following the Centre’s dilly-dallying on announcing a separate Telangana. The then Rosaiah government in Andhra Pradesh arrested him and forcibly took him to jail. That set off a violent agitation. Students took the lead. There were incidents of arson and mayhem as the state came to a halt. The government shifted KCR to a hospital.

But as the fast and the agitation continued, Prime Minister Manmohan Singh called Rosaiah to Delhi. Singh kept briefing Sonia by the hour. P Chidambaram was the “go-to man”. Because these were affairs of the state, not the Congress party. The entire leadership was aware of the repercussions if something untoward were to happen to KCR. The immediate goal was to make him break his fast.

The Telangana ideologue and the original giant of the movement, Kothapalli Jayashankar was roped in. He was the vice-chancellor of Kakatiya University. KCR had an unconditional regard for and trust in him. At least at that time. Prime Minister Singh spoke to Jayashankar even as Sonia decided in principle to give away Telangana. Rosaiah, having been briefed in Delhi, was on his way back to Hyderabad. By the time he landed at Hyderabad airport, the message had been conveyed to KCR who then broke his fast. Some of the dramatis personae never heard of Ahmed Patel’s role in all this.

It is not the purpose of this article to highlight only those instances that show Ahmed Patel in a poor light or no light at all. That is why, suffice to say that his astute political manoeuvres helped him survive the wrath of a phalanx of senior Congress leaders when they were all superseded for him to become the Gujarat State Congress president. In his home state, he could match the other formidable son of the soil, Amit Shah, in brains, money, men and material. Singlehandedly, Patel defended his Rajya Sabha seat against the might of the BJP and Shah. If you think he did this with the same cool, friendly face that he displayed to those who knew his mobile phone, think again. That was the ruthless side of Ahmed Patel, the wily politician, the astute businessman, the arbiter of power. A mere yes-man of Sonia Gandhi cannot match Amit Shah, the Union home minister, so dextrously. 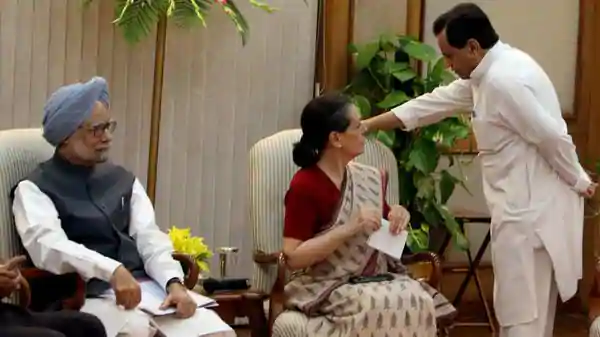 The Enforcement Directorate would tell you another facet – an alleged, unproven facet – of Patel’s life. This September, a Delhi court declared as “fugitive economic offenders”, two Gujarati businessmen, Nitin and Chetan Sandesara, and ordered confiscation of their assets. Two years ago, when the Enforcement Directorate was moving against them for money laundering – worth Rs. 14,500 crore – the brothers fled India. The ED questioned Ahmed Patel for over seven hours to find details of alleged dealings his son and son-in-law had with the Sandesaras. Many tongues wagged, none strongly enough for the truth to come out.  One can say Patel was innocent. One can say there is no smoke without fire. Patel is not there to respond. The incident merits mention when writing about him.

Also read: The Fall of Sterling Biotech and the Brothers Sandesara

Go deeper into the non-Lutyens Ahmed Patel, and you hear stories of the times when Mumbai was Bombay, when smuggling was as prime an activity as share brokering, and the activities of sea trade were beginning to expand out of the city to other port-cities on the Gujarat coast. The Congress ruled the western coast of India. It is by wading through these shores yet keeping his clothes dry that Ahmed Patel learnt how to steer himself to safety through thick and thin muck.

There were others too. Some of them, after years of hardship, like Patel, succeeded in gaining entry into the inner circle and finally, the innermost. Others, like Tariq Anwar or Mukul Wasnik, could not progress beyond a point. The Family has a role defined and designed for each person it thinks it can make use of. That just about sums up the life and times of most of them.

Those days, who had the ear of the Family had a special place in the party hierarchy. And the place of the national spokesperson of the party was way up there. Party stalwarts were fielded as national spokespersons. They had the ear of the party boss and they knew how to brief the press extensively without saying anything. Protect the boss from brickbats was the mantra. Each member of the Congress Working Committee or general secretary and vice-president of the Congress organisations was a stalwart too. And each had their opinion on everything. Each had the ear of the boss! They were all tall leaders with mass bases outside Delhi, regional satraps even, who would not be easily cowed down by a Family diktat. Unlike today, when the Family operates through messenger boys led by a chief messenger boy.

Till the late 1990s, the national spokespersons conducted daily briefings. Afterwards, they conducted a special briefing. This is where hints were thrown about what the Family was thinking on key issues. The official briefing was a window dressing. The meat was served later. It was a classic exercise in deniability. A V.N. Gadgil snorting snuff through his left nostril might carry one meaning; the right one another. It was all cloak-and-dagger stuff, rivalling Cold War spy games. A shrug by K. Karunakaran, a ‘harrumphf’ by G.K. Moopanar, Chandulal Chandrakar lifting his eye brows, Sharad Pawar’s mere smile, Motilal Vora’s shake of the head, Arjun Singh mumbling monosyllables – this is what the extra-official briefings communicated. And in there, for the discerning political journalist, lay the story. R.K. Dhawan belonged to this class. Dhawan took decisions as decisively as the Family.

Ahmed Patel was perhaps a more subtle character. So, he was never visible. Nevertheless, he got the work done too. But did he walk the extra mile, take the extra risk, steer things on his own? We will never know.

V.V.P. Sharma is a journalist, academic, blogger and commentator on politics, society and democracy.