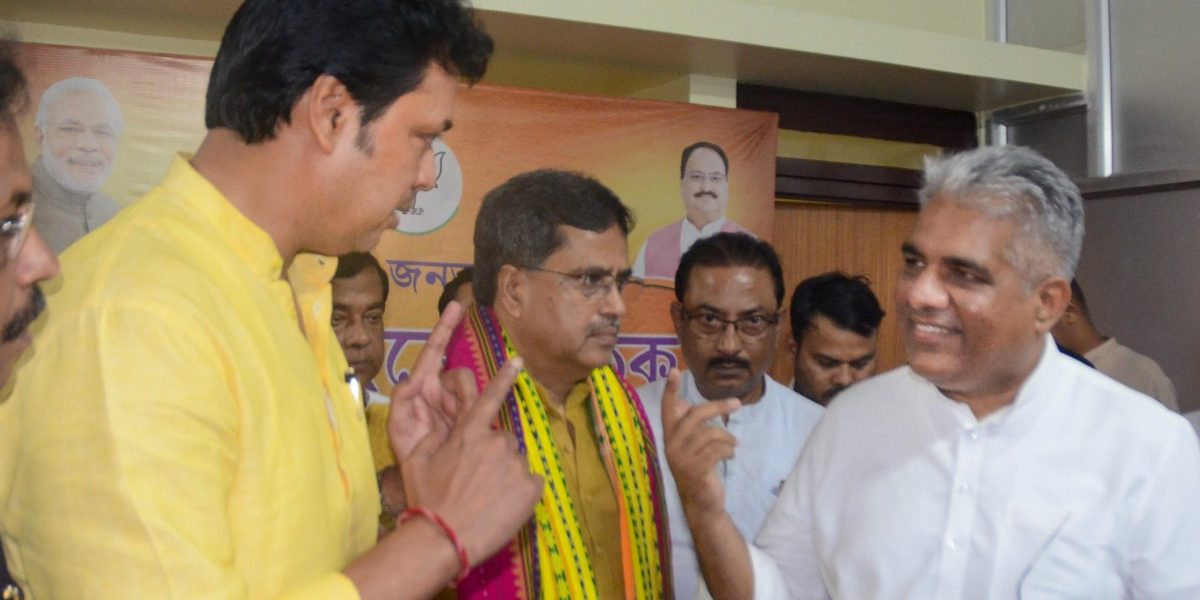 New Delhi: Manik Saha has replaced Biplab Deb as Tripura chief minister, after the latter stepped down from his post on Saturday, May 14, afternoon. The change of guard comes nearly a year before the state heads to Assembly polls in early 2023.

Saha, who has been BJP state unit president and Rajya Sabha MP, was elected as the leader of the BJP legislature party on Saturday evening. Union minister Bhupender Yadav and senior leader Vinod Tawde, who were sent as party central observers, oversaw the legislature party meeting.

The resignation of Deb and anointment of Saha took place at a speed that surprised several party leaders in the state, who appeared to have no clue of the unfolding developments.

The outgoing chief minister was in Delhi on Friday to meet Bharatiya Janata Party (BJP) central leadership, including BJP national president J.P. Nadda and Union home minister Amit Shah. He flew down to Agartala, the state capital, on Saturday morning and headed to Raj Bhavan to put his papers.

On being asked why he had to resign, Deb said, “These are party decisions. These happen. Let me work and win in 2023.”

Extending congratulations to the new chief minister, Deb said, “The party made him president and he worked a lot. The local body elections were held under his watch, in which the BJP won. He was elected leader of the legislature party. I congratulate him. I hope he will accelerate the pace of work I started, and that he will strengthen the party and government.”

Speaking to the media, the chief minister appointee, Saha, said, “I was given the responsibility of the state (party) president. I worked…. Now I have been named leader of the legislature party. The CM proposed my name, everyone supported.”

Saha, a leading dental surgeon, was made chief of the state BJP in 2020. He had joined the party in 2016, two years before it came to power in the state.

The resignation of Deb comes amid rumours of infighting within the BJP’s state unit.

“We are taken by surprise.  Don’t know what prompted him.  But obviously he had discussions with the party central leadership. The party may have some plans and we are confident that it will be good for the party,” the IE report quoted a minister in Deb’s Cabinet as saying.

The state is scheduled to face Assembly elections early next year.