After Partition, Sindhis Turned Displacement Into Determination and Enterprise

Sindhis, who had become homeless and penniless overnight, built schools, colleges and became doctors, helping not only themselves but countless others. 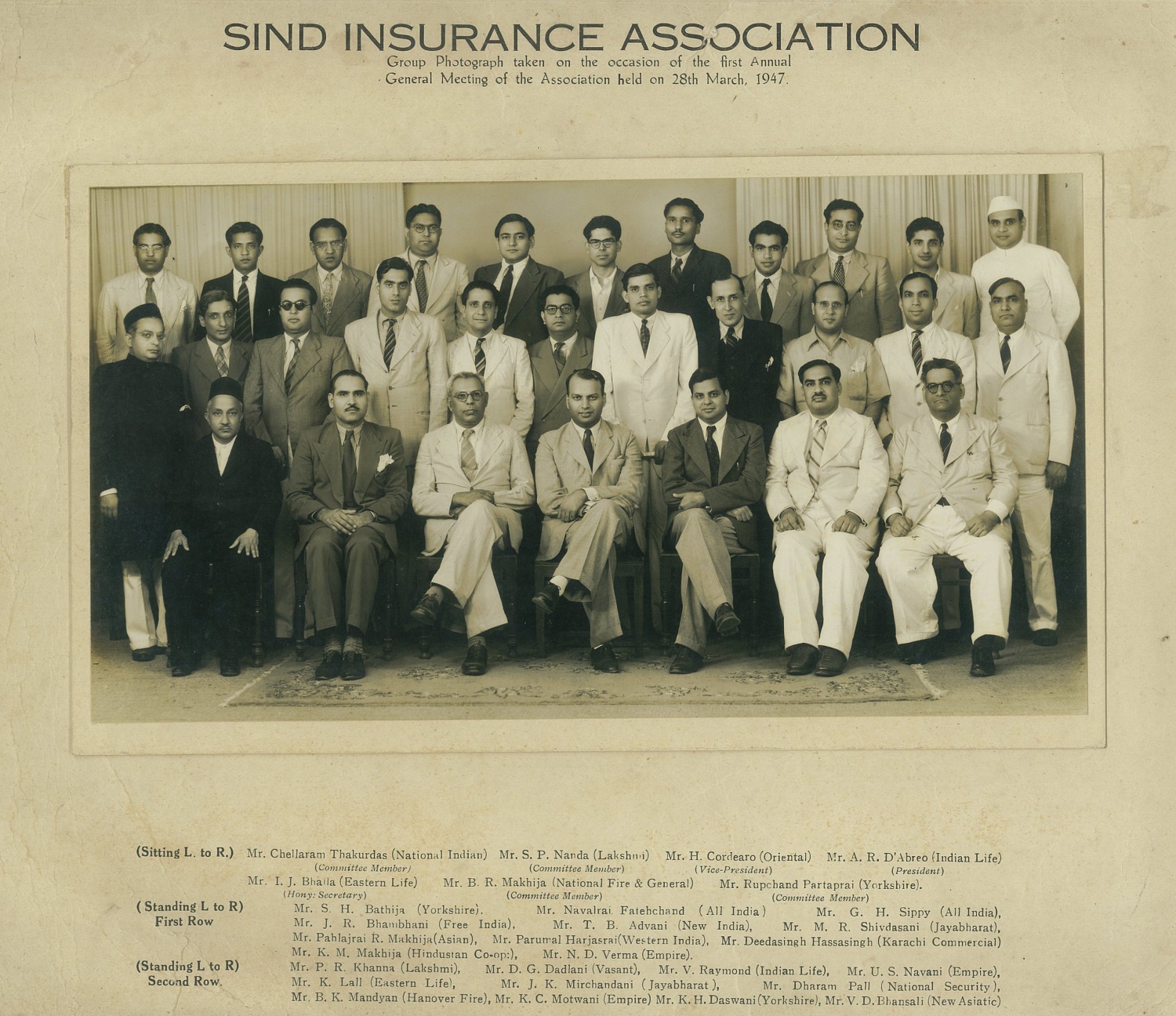 In 1947, when India was partitioned, Punjab and Bengal were divided but Sindh was left intact. In the province, it was believed that nothing would change – the Hindus had been a minority for centuries, they were the ones with the wealth and power. However, when the time came, the best they could do was escape with their lives. Hordes of prosperous people became homeless and penniless overnight. A large majority had never left Sindh before. They crossed the new border to settle in unfamiliar lands with unfamiliar food, language and customs, stepping from a zone of sparse rain into monsoon country. They quickly got used to reading left to right instead of right to left.

What made it a tremendous feat was that they simply picked up the pieces and kept moving without looking back. It wasn’t just a few individuals or families who did this – it was the entire community. The Hindu Sindhis, a rather heterogeneous mass for historical reasons, and without any central binding force, behaved in this moment of trauma as one entity.

In the early days, there was searing pain, confusion, bitterness and fear – but all that was bundled up and shoved aside to focus on planning and working towards a better future. Families held together, helping each other. Those already living outside Sindh opened their doors. In Pune, Professor Tarachand Tolani of College of Engineering, welcomed over 60 of his wife Shana and his relatives into their home. Over the next few months she fed and cared for them, at the cost of her own health, while he helped them find their feet and settle into homes and livelihood of their own.

One of their distinguished houseguests was a dear friend, Tillumal Advani, acting principal of Dayaram Jethmal Sind College, Karachi. Tarachand’s daughter Maya Thadani, eleven years at the time, remembers with affection T M Advani’s habit of quoting Shakespeare. His family lived with the Tolanis for months while he commuted frequently to Bombay, determined to re-create his college. He faced the bureaucracy with determined dignity and in six months of having lost their homeland and material possessions, he and his small band of ‘refugees’ had founded Jai Hind College, which soon became one of the best colleges in Mumbai.

Nalini Advani’s story is less known but equally striking. In 1946, she passed her matriculation with distinctions in mathematics and science and took admission in Dayaram Gidumal National College, Hyderabad (Sindh) planning to study as much as anyone possibly could – but the college remained closed. One day, their lane was looted, luckily the family was spared. Along with her parents and 11 siblings, Nalini (or Savitri as she was known before marriage) arrived in Bombay with nothing. Her father, Chabaldas Malkani, got a job as a health demonstrator in one of the army camps in distant Kalyan, converted by the government to accommodate the large number of immigrants entering Bombay. 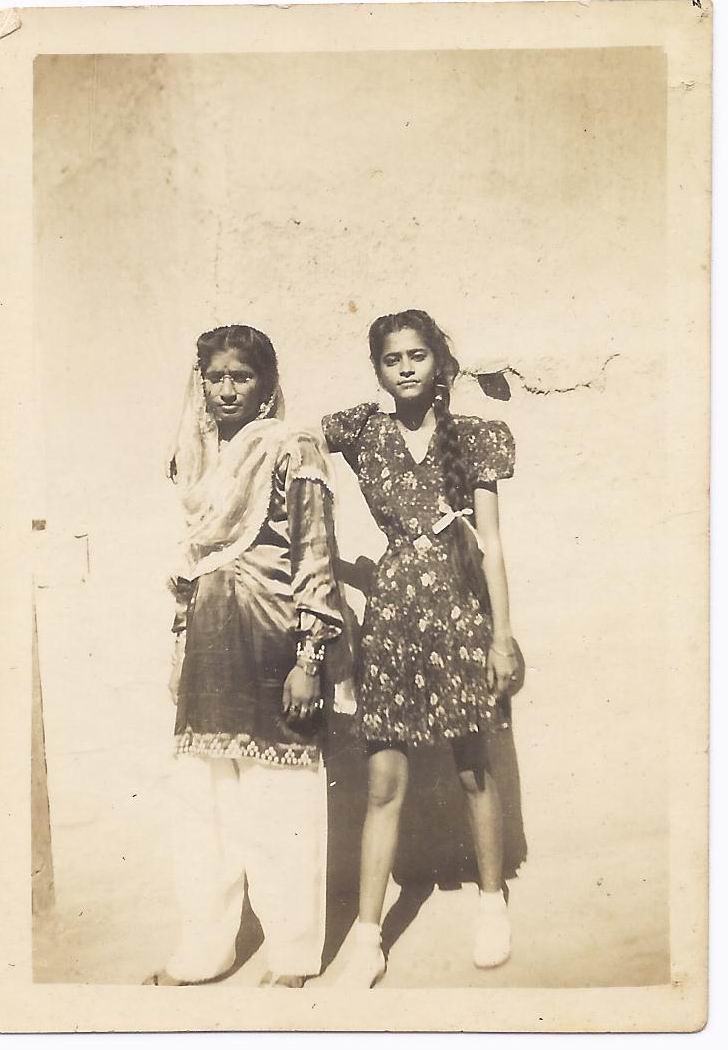 The elder boys started working and the younger ones were admitted into schools. Nalini and her sisters were eager to get back to their studies, but the expenses and the commute made it impossible. Nalini spent her time teaching her siblings and started sewing at home to supplement the family income. When Chabaldas was transferred to Mulund, he approached the panchayat with an idea. They set up the education board Mulund Colony and asked for volunteer teachers. Nalini jumped at the opportunity. The Jai Bharat School was opened in one room. Children sat on the floor and three volunteer teachers taught, working two shifts. At the end of the month, fees were collected and the process of buying furniture for the school began. In three months, the board could afford to put its teachers on a small salary.

Nalini quickly proved herself and was appointed vice principal. Principal L.T. Keswani had been an education officer in Sindh, now living with his family in a nearby camp. Later, another reputed educationist, H.K. Gidwani, joined as principal. So this tiny fledgling school was able to provide a good standard of education. Nalini began working towards the School Teacher Certification under Keswani and, not surprisingly, got it with a first class. In 69 years, the Jai Bharat School has grown into a huge institution.

What distinguishes these stories and so many others like them is the spirit of determination which fuelled the building of something good, strong and useful – not just to the person concerned but to endless others. All around the country – in many parts of the world – Sindhis entered the mainstream, freely dissolving their own cultural identity. In Bombay, Larsen & Toubro had so many Sindhi engineers that it was called Larsen & Toubrani in jest. And the number of Sindhi lady doctors was also startlingly large – dozens of young girls had been sent by their parents in Sindh to Delhi, to study at Lady Hardinge Medical College and live in the hostel there, since the 1930s.

Very few talked about what they had left behind. There was a strong consciousness that they were the lucky ones. Many families had sent their women and children off to safety and when violence came to their door, most quietly packed what little they could carry, if anything, and left. There was some embarrassment that they had seen too few trains filled with corpses or people burnt alive in their homes and places of worship – and no villages of women forced to jump into wells. When Sindhi filmmakers – Govind Nihalani (Tamas) and Ramesh Sippy (Buniyaad) – set out to create blockbuster partition sagas, they chose the more dramatic Punjab stories instead.

The easy acceptance of new realities cost the Hindus of Sindh their culture. With no place of their own where Sindhi was spoken on the streets, there was no context for the language to develop. In fact, Sindhi was not even considered an Indian language till 1967. Too small and scattered a community to be considered a vote bank, they never had political representation and it was left to the smart lawyers of the community (the inimitable Ram Jethmalani, actually), backed by anguished Sindhi writers and intellectuals, to have Sindhi accepted in Schedule VIII of the constitution. In those 20 years, parents had been busy trying to give their children an easier start to the new life by speaking to them in local languages. Most ignored the efforts made by the artists, writers and singers of the community to retain the culture. Very little of their output was translated to enter the mainstream.

The eroding of the Sindhi brand identity began right after partition. Averse to easy hand-outs, for basic survival they began trading at margins well below those of the entrenched trade cartels of Mumbai and were branded ‘cheats’. To create housing for themselves and their displaced community, a very large number quickly erected a range from swanky apartment blocks to low-cost housing for the impoverished. Who knew how much was going into their pockets? Everywhere you looked, Sindhis were using their enterprise, identifying and fulfilling customer needs and growing to prosperity. Bollywood’s Sindhi caricatures reinforced the monolithic stereotype. The actual reality, although widely prevalent, lies mysteriously buried under the awful misrepresentation.

Sindhis have been cut off from their ancestral homeland for 70 years and now, with the migrant generation nearly all gone, their heritage and living memory of it has gone too. Nowadays, there is widespread regret for the loss of the mother tongue. Some are bemused by occasional spurts of yearning for a lost indefinable something; some assign their existential crises to ‘trans-generational’ partition trauma. And some are surely gathering the courage to look beyond the shaming stereotype and feel proud of their seamless integration into global communities and of the numerous Sindhi refugee success stories that abound.

Saaz Agarwal is a Pune-based author and painter.