After By-Poll Losses, Tough Times Ahead for BJP Chief Ministers

It is an exciting time politically both in Uttar Pradesh and Maharashtra which together with Bihar would mainly decide the battle for New Delhi in 2019. 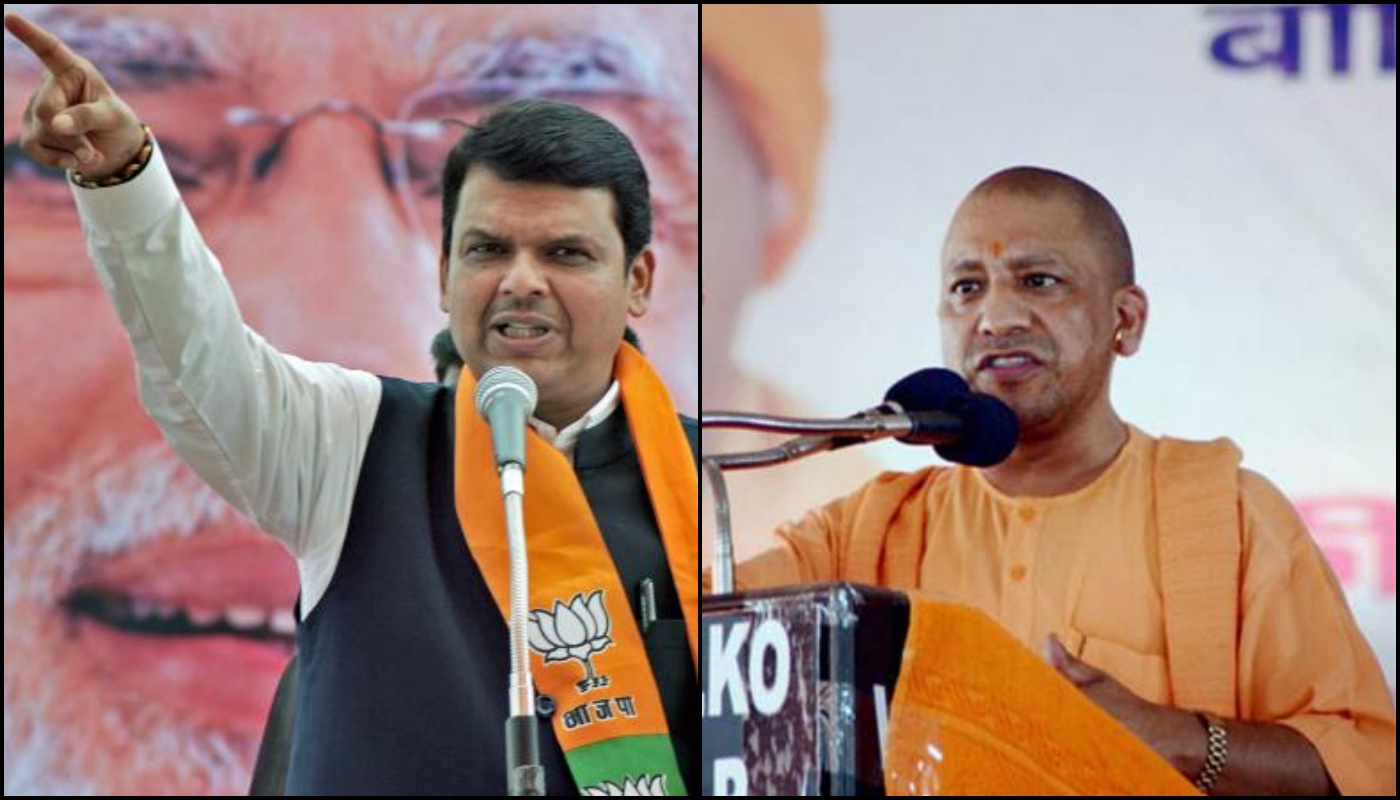 A strange paradox, this. BJP’s best- and worst-performing chief ministers – Devendra Fadnavis of Maharashtra and Adityanath of Uttar Pradesh – are expected to face problems with the results of the Lok Sabha and assembly by-polls.

It has been a mixed bag in Maharashtra, with the BJP scoring a win in Palghar but losing in Bhandara-Gondia. However, in Uttar Pradesh, it has got a duck by losing the prestigious Kairana Lok Sabha by-poll convincingly, and also the Noorpur assembly seat, bolstering the moves of opposition unity in the politically key states.

The ‘crime’ of Fadnavis, who has turned out to be the best bet for the BJP in the premier state, is the defeat of the Shiv Sena by the BJP in the keenly-contested Palghar, as Shiv Sena supremo Uddhav Thackeray is crying foul in the wake of EVMs malfunctioning at several places in the constituency.

Thackeray is upset over Fadnavis stealing a march over him despite the Sena ‘hijacking’ the BJP’s candidate, Srinivas Vanaga, the son of BJP MP Chintaman Vanaga whose untimely death had caused the by-poll.

While speculation was rife that the Sena may finally break its nearly 30-year-old alliance with the BJP, party supremo Thackeray refrained from making any such announcement. He, however, hinted at parting ways with the BJP in 2019. Thackeray utilised the occasion to launch a tirade against the Election Commission, accusing the statutory body of being hand-in-glove with the ruling BJP.

“The BJP has no respect left for its partners. But not only its allies, the supporters of BJP are [also] disillusioned with the party. It seems that they have lost the support of people in the last four years,” remarked Thackeray, signalling that he is waiting for an opportunity to strike and is not in a hurry.

The Sena wants to strike only when it is sure that its action would bring down the Fadnavis government, is the belief in political circles.

The Sena chief has already declared that henceforth his party would not contest polls along with the BJP and had sprung a surprise on the ruling party in Maharashtra by suddenly entering into the fray from Palghar, a tribal constituency adjacent to Mumbai, not merely to test waters.

The battle was fought with all the vigour and vehemence by rival sides. The chief minister’s reported remarks of using “saam, daam, dand, bhed” (implying all means fair and foul) were turned into political capital by the Sena, whose chief, and his son, campaigned extensively in the by-poll.

Palghar was as the Sena taking baby steps in fighting on its own, as the party chief has for long been toying with the idea of a life beyond the BJP. His appeal during the campaigning, that all including the Congress and communists should fight together to avert the ‘calamity’, was indicative of his desperation to defeat Modi in the next Lok Sabha polls.

Sena leaders complain that Modi and BJP chief Amit Shah have left no stone unturned to humiliate the Sena since the BJP became the ‘number one’ party in Maharashtra in the October 2014 assembly polls, relegating the Sena which was elder brother till then to a secondary position.

Both Palghar and Bhandara-Gondia were BJP seats. The Nationalist Congress Party’s good show in Bhandara-Gondia by wresting the seat from the BJP is a jolt to Fadnavis and Union minister Nitin Gadkari, as the seat falls in their home turf of Vidarbha, which is a stronghold of the ruling party.

The message from Palghar and Bhandara-Gondia is that the anti-Modi lineup would get further boosts in Maharashtra, which has 48 Lok Sabha seats, second only to Uttar Pradesh which has 80.

Maharashtra is the first state where the anti-Modi lineup is growing by the day. While the Congress and NCP have started working together, Raj Thackeray of the Maharashtra Navnirman Sena had only recently called for a Modi-mukt Bharat, showing that he is no more enamoured with the prime minister.

The victory in Bhandara-Gondia is a boost to NCP chief Sharad Pawar, who is planning to recreate the magic of 1998 when under him the Congress and its allies secured 42 of the 48 seats in the state.

For the BJP, the emergence of Fadnavis as a leader in the state has unnerved his detractors from within and outside as he has led the party to victory in various polls, including at the civic and zilla parishad levels. Fadnavis has shown that he is no pushover; his clean image, smartness in cornering rivals and the work done by his government on farm and other sectors is a plus for the BJP.

Indications are that the detractors of the BJP, including the Sena, will come together directly and indirectly in Maharashtra posing a huge challenge to the ruling party. The recent by-polls will give a boost to this anti-Modi opposition group.

In Uttar Pradesh, BJP has to fashion a fresh strategy as the Kairana defeat is the third defeat in succession for the ruling party.

The BJP had created history last year by winning the key state in a massive way in the back of its 2014 show in the Lok Sabha polls, bagging 73 of the total 80 seats along with the allies.

For the prime minister, who has declared himself a “UP wala”, the challenge is growing by the day as Adityanath’s command of the state is seeing the party sliding fast.

The trouble for the prime minister is that this time he cannot blame the ‘Yogi’ completely. Modi had gone himself to Baghpat near Kairana for the inauguration of an ambitious road and had not only praised the leadership of the chief minister but his style of functioning too.

As a political commentator put it, the problem with Adityanath is that being a mathadhish (head of a mutt), he acts on his own without consulting anyone.

The BJP’s latest poster boy of Hindutva is turning into a flop politically, as Adityanath is blundering his way; while its smart man of development in Maharashtra has created a niche for himself in the premier state, unmindful of the odds.

As Rashtriya Lok Dal’s Jayant Chaudhary remarked, “ganna” (sugarcane) has won over “Jinnah” and “danga” (riots) in the Kairana by-poll. The politics of development is taking centre stage once again in the key state, despite attempts to promote politics of polarisation.

It is an exciting time politically both in Uttar Pradesh and Maharashtra, which together with Bihar will mainly decide the battle for New Delhi in 2019.