Africans in India: Pictures that Speak of a Forgotten History

An exhibition on Africans in India, highlighting the long history of African communities in India, opens on March 21. 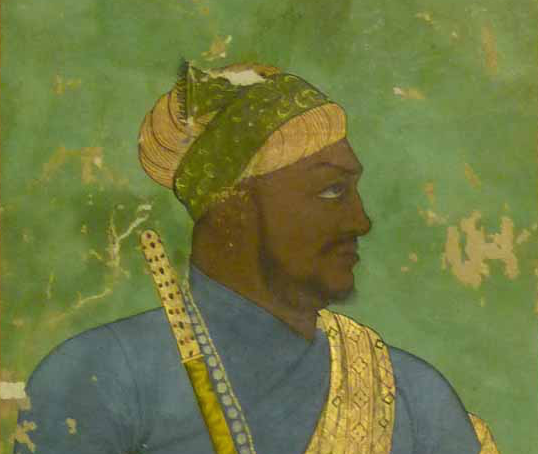 India and Africa have a shared history that runs deeper than is often realised. Trade between the regions goes back centuries – 4th century CE Ethiopian (Aksumite) coins have been found in southern India. Several African groups, particularly Muslims from east Africa, came to India as slaves and traders. On settling down in the country, they played important roles in the history of the region.

Unlike slave experiences in other parts of the world, enslaved Africans in India were able to assert themselves and attain military and political authority in their new homeland.

One of the most famous slave-turned-generals was Malik Ambar, an Ethiopian born guerrilla leader who went on to hold a prominent position in the Ahmadnagar Sultanate in west India in the 17th century. In spite of Ambar’s important role, he is a near forgotten chapter of history. Like Ambar, several other enslaved Africans rose to positions of power and prestige. “Free African traders, sailors, and skilled artisans were part of the movement of people across the India Ocean. Later on, captives were brought by the Arabs, the Portuguese and Indians”, Sylviane Diouf, director of the Lapidus Center for the Historical Analysis of Transatlantic Slavery in New York, told The Wire. “The people who became ‘elite slaves’ came mostly from the countries that today are Eritrea, Ethiopia and Sudan. The Portuguese brought in men and women from Mozambique. Later years also saw the arrival of people from Tanzania and adjacent countries.”

Africans in India were known as either Habshi or Sidi to denote their African origins. Even after centuries of mixing with local populations, the name Sidi remains for their descendants.

Sidis today number in the tens of thousands, and are found primarily in Karnataka, Gujarat and Andhra Pradesh. A majority of them are Muslims, with a few Christians and Hindus. In spite of their historical prominence and affluence, Sidi communities today are often marginalised with little access to education. A majority of the Indian population is unaware of their existence and roots. They are classified as a Scheduled Tribe in parts of Gujarat and Karnataka. Though they are now far removed from their African origins and have spent centuries with other populations speaking local languages, they have retained some of their musical and dance traditions.

In contemporary times, Africans from different parts of the continent continue to come to India. Higher education is one of the peak draws, since Indian universities are known for their quality, and are also inexpensive when compared to their counterparts in Europe or North America. For those from English-speaking African countries, the language of much of Indian higher education is an additional positive.

However, assimilation is not easy. African students often face racism and discrimination when looking for housing, from their fellow students, and also in their daily lives in India. The recent event in Bangalore involving the mob assault of a Tanzanian student and her friends, and the burning of their car, was a stark example of just how ugly racism in India can get.

On the political front, relations between India and African countries continue to grow. The India-Africa Summit is now three summits old. Whether strategic diplomatic relations and increased Indian investment in Africa will have any impact whatsoever on Indian social perceptions of Africa and Africans, however, remains to be seen.

In order to highlight the achievements and retrace the lives of prominent Africans who settled down in India, the Schomburg Centre for Research in Black Culture at the New York Public Library created the ‘Africans in India: From Slaves to Generals’ exhibition in collaboration with the United Nations ‘Remembering Slavery’ programme. The exhibition is designed and co-curated by Sylviane Diouf and Kenneth X. Robbins, art collector and expert in Indian art.

Through historic paintings and photographs, the exhibition looks at these forgotten histories in order to give them the recognition they deserve. The UN Information Centre, in collaboration with the South Asian University, Delhi and the Department of African Studies, Delhi University, is hosting this exhibition in New Delhi over the last ten days of March.

“The success [of Africans in India] is theirs, but also testimony to the open-mindedness of a society in which they were a small ethnic and original minority, originally of low status”, the curators say in an introduction to the exhibits. Whether a similar open-mindedness would be found in today’s India is a question that begs discussion.

Speaking to The Wire, Diouf described the contents and context of the exhibition. Excerpts:

The historical African diaspora in India is rarely discussed. What is the idea behind this exhibition and what is it trying to highlight? The idea was to show the diversity of the African diaspora in terms of geography and history. Few people know that there is an African diaspora in the east, the vast majority think only of the Atlantic world. There is also a diversity of experiences within slavery. I started with a digital exhibition: The African Diaspora in the Indian Ocean World, which presents the history of Africans in Arabia, Oman, Yemen, Iraq, Iran, India, Sri Lanka, etc.  The Indian story was so unique that it I thought it had to be the focus of a physical exhibition.

What was it that resulted in enslaved Africans in India rising in the ranks?

Due to Islamic laws, enslaved Africans had greater social mobility than was the case in the Americas. In the Islamic world, contrary to what happened in the West, bondage and “race” were not linked; in addition Africans were regarded as exceptional warriors. These soldiers could rise through the ranks and become “elite slaves,” amassing wealth and power.  Elite slavery was often found in unstable areas due to struggles between factions and where hereditary authority was weak.

India had an abundance of local people to perform hard labor, so the Africans and other foreign slaves were mostly employed in specialised jobs as domestic workers in wealthy households, in the royal courts and in the armed forces. Rulers considered Africans reliable because they were foreigners without clan or caste connections to the local population. Slave soldiers, guards and bodyguards were routinely freed after a few years of service, but even when they were enslaved, many were promoted as court officials, administrators and army commanders. Enslaved or free, they were frequently at the centre of court disputes and sometimes seized power for themselves.

The difference in success was not linked to the place but to the time period. The elite phenomenon was limited in time. Africans who arrived in the mid-1800s and later occupied lower positions at the courts. Those brought through the Portuguese slave trade, whatever the time period, were never allowed the same opportunities. Many fled to the forests or took refuge at the Muslim courts.

What is the time period this exhibition covers? Is there a change in the artists’ gaze on the African-Indian population over this period?

From the 1400s with paintings, to 1930 with photographs of the enthronement of Sidi Haidar Khan, the Nawab of Sachin, whose family founded one of two African dynasties in India (the other being Janjira). But the main periods covered are the 1600s and 1700s. We don’t notice any change in terms of how people were represented.

The ‘Africans in India: From Slaves to Generals’ exhibition opens at 4 pm on 21 March, and will be showing daily from 11 am to 5 pm at the South Asian University Gallery, Akbar Bhavan, Chanakyapuri, New Delhi.