In Advani's Blog Post about Modi's BJP, Echoes of His Writings on Indira

The BJP founder’s post rejects labeling rivals as ‘anti-national’ – a defining phrase of the Modi-Shah regime – and resonates with his writings from jail in the mid-1970s. 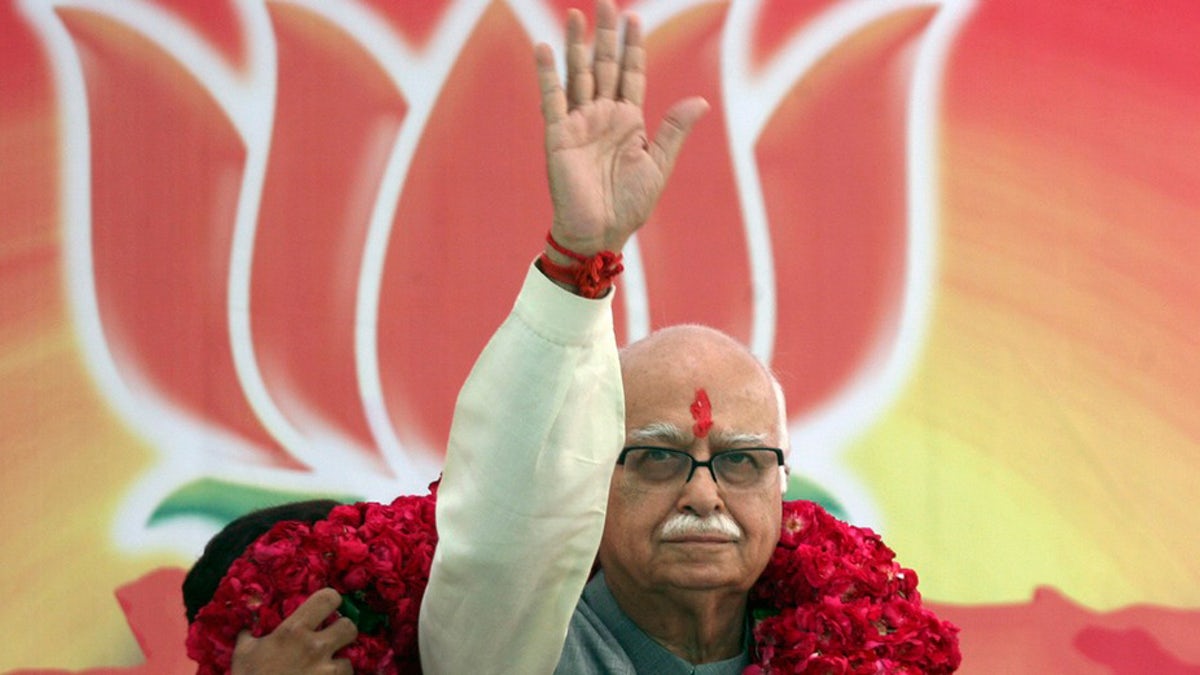 New Delhi: Blog posts rarely make news anymore, but a new post by LK Advani – his first since the Bharatiya Janata Party formed the government in 2014 – may be a landmark in the story of the ruling party.

It marks the occasion on which a founding party-member, one who endured imprisonment during the Emergency, implicitly warned of the BJP becoming the political monster that it once fought.

Advani’s post is brief and direct. It is timed for April 6, he writes, the party’s foundation day – “an important occasion for all of us to look back, look ahead and look within.”

He moves swiftly to his twin points, first about the language of politics:

And then about the integrity of institutions:

Defense of democracy and democratic traditions, both within the Party and in the larger national setting,has been the proud hallmark of the BJP. Therefore BJP has always been in the forefront of demanding protection of independence, integrity, fairness and robustness of all our democratic institutions, including the media.

Both points are thinly-veiled thrusts at the style of governance, and of communication, of Prime Minister Narendra Modi.

‘Anti-national’ has been the defining phrase of the Modi-Shah establishment, a core element of its political strategy, including during the ongoing campaign. Just the day before Advani’s post, on April 3, Modi called both the Congress party’s manifesto and the West Bengal chief minister, Mamata Banerjee, ‘anti-national’.

Most of India has forgotten, but Advani must recall the previous government that wielded that phrase against its political rivals: Indira Gandhi’s regime. During the Emergency, Indira’s government hammered opposition activists as ‘anti-India’ and ‘anti-national’.

Forty years later, many of those activists (such as Subramanian Swamy) have found themselves in power – and they have weaponised the same words, in turn, against today’s students, civil society and opposition leaders.

Advani himself spent the duration of the Emergency in jail in Bangalore. He would spend 19 months there, and later share his reflections on power and the threats to democracy in a number of books.

Just as the rhetoric of the Emergency resonates with current BJP rhetoric, Advani’s defiant writings from the 1970s resonate with his new blog-post on the Modi milieu.

In one essay, ‘A Tale of Two Emergencies’, he defended the right to critcise the powerful:

The press, he wrote, was central to that healthy culture of criticism:

He mocked a political culture demanding “demonstrations of loyalty” to the chief.

Another pamphlet, ‘When Disobedience to Law is a Duty’, was an open letter to AICC delegates at Chandigarh in December 1975. In it, Advani invoked the words of Jawaharlal Nehru, on “the onslaught on civil liberties”.

And condemned the hijacking of the press for state propaganda and denunciation.

A third pamphlet, written at the height of the Emergency in April 1976, was titled ‘Anatomy of Fascism’. In it, Advani makes a forceful point about the need for an outspoken opposition.

And finally, in words that that should be framed over every television in 2019, he reminded the Indian public of Adolf Hitler’s “rules of the game”.

It is unlikely that Advani’s new blogpost was moved entirely by principle – both the rhetoric and the style of governance he warns against have been in full flood for the past five years.

Rather, he may have been moved by a terminal humiliation he was dealt two weeks ago – when the BJP ticket for Gandhinagar, held undefeated by Advani since 1998, was handed to Amit Shah. Yet that coup de grace to his career may have cleared his sight and jolted his memory, as well as sent him back, a few years delayed, to his pen.