"How serious are the state and its agencies in pursing the matter which is of grave concern in which innocent persons have lost their lives," the Allahabad high court said. 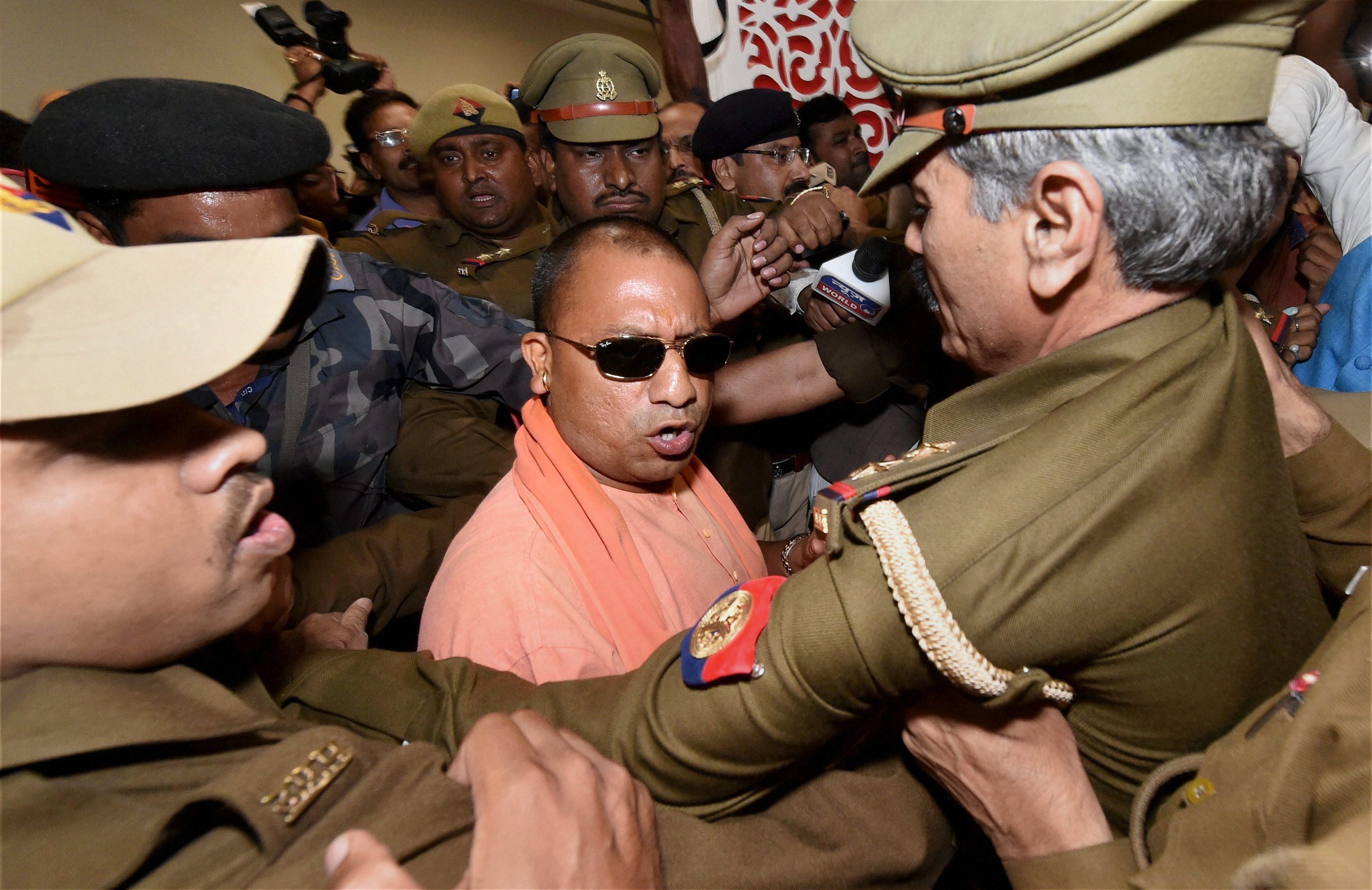 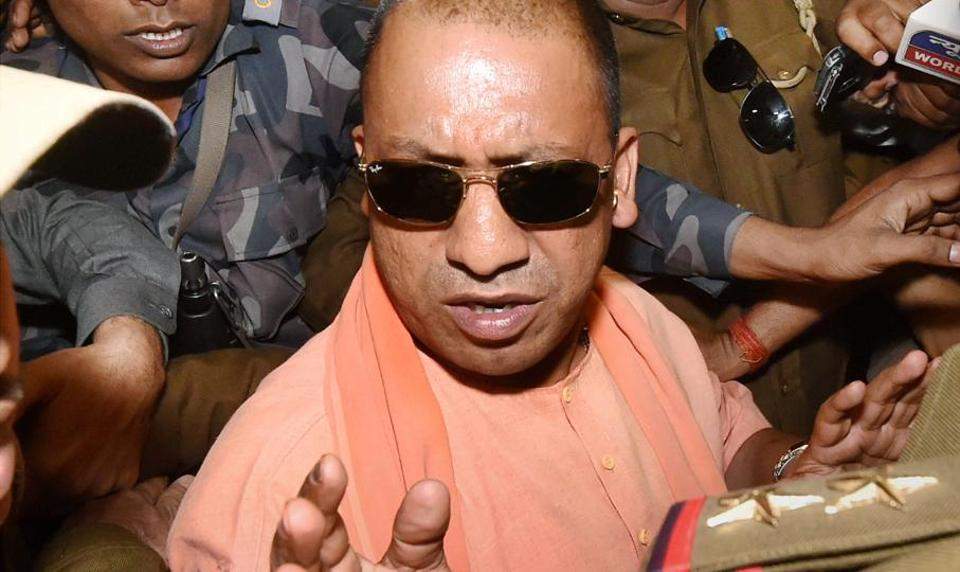 New Delhi: The Allahabad high court has come down heavily on the Uttar Pradesh government for unnecessarily delaying its sanction to initiate prosecution against five accused persons, including the newly-appointed chief minister Adityanath, in a case related to the 2007 Gorakhpur communal riots.

In a terse order on May 4, 2017, a two-judge bench comprising Justices Ramesh Sinha and Umesh Chandra Srivastava took strong note of the fact that the state Crime Investigation Department (CID) has been waiting for more than two years now for the required permissions to file a chargesheet in the matter, and directed the UP chief secretary to appear before the court on May 11 with the records of the case and present his explanation.

In the order, the bench also pointed out that CID officer Chandra Bhushan Upadhyaya had completed his investigation and had submitted the “Draft Final Report (DFR)”, seeking prosecution for all the five accused, to the principal secretary (law), UP government for approval as early as April, 2015. Section 153-A of the Indian penal code mandates that the investigative agency has to seek state government’s sanction to begin prosecution.

“…[We] direct the Chief Secretary of the State of U.P. to appear in person before this Court on the next date fixed along with entire record of the present case including the report of investigation conducted by the C.B.C.I.D. and DFR prepared by it and further file his personal affidavit clarifying the said facts so that the matter may be disposed of at the earliest as the alleged incident has taken place in the year 2007 and the petition is pending since 2008,” the bench said.

The bench was hearing a 2008 writ petition by a Gorakhpur-based journalist, Parvez Parwaz, and Allahabad-based activist Asad Hayat – both witnesses in the Gorakhpur riot case. The petitioners had alleged that Adityanath, BJP MLA from Gorakhpur Radhamohan Das Agarwal, BJP MP Shiv Pratap Shukla, the then BJP mayor Anju Chaudhary and a BJP activist Y.D. Singh had incited mobs with provocative speeches against Muslims in January 2007 and had, thus, aided and abetted the riots that claimed many lives and led to the destruction of a substantial number of properties owned by Muslims.

Although the former Samajwadi Party government led by Akhilesh Yadav may have to take much of the blame for the delay, the case creates an awkward situation for the present incumbent. Adityanath, who is the chief minister, will now preside over the decision to initiate prosecution in a case in which he is the primary accused person.

While directing the counsels of both parties to assist the court with legal propositions of what is clearly a conflict of interest issue, the bench had noted on April 28, 2017, , “From a perusal of record, it appears that the matter of sanction regarding prosecution of the accused persons is pending before the state government and the question of grant of sanction for prosecution is to be decided by the head of the state government, who himself is a prime accused in the present F.I.R lodged by petitioner no.1 (Pervez Parwaz).”

“Adityanath gave a highly provocative speech against Muslims on January 27, 2007 in front of the Gorakhpur railway station in the presence of many BJP leaders and activists. The speech is available on YouTube where he said that the Hindus will kill 10 Muslims for one Hindu life. He was arrested the next day on orders of the district magistrate, Hari Om. The police initially refused to lodge an FIR against the BJP leaders. However, after many appeals at the lower court and then the high court, we were successful in getting the FIR lodged in 2008,” Asad Hayat, one of the petitioners, told The Wire.

As Hayat recounted the difficulties he and the other petitioner Parwaz – both witnesses in the case – had to face through the process, he said that at each and every stage of the case, the BJP leaders directly or indirectly tried to scuttle the legal process.

“For instance, the then mayor Anju Chaudhary deliberately misled the courts to secure a stay in the FIR. She claimed that the FIR lodged by us was a second FIR in the same case, which is impermissible by law. This was completely untrue. The first FIR was by one Bismillah who had lodged an FIR against the Adityanath and others in aiding the arson of his hotel during the riots. It was a different matter,” Hayat said.

“[Anju Chaudhary] secured a stay on our FIR. The investigation in this matter went on for four years until December 2012 before the SC found that our FIR was valid and directed the state government to investigate the rioting case against Adityanath and others,” he added.

The probe against Adityanath and the others finally began in January, 2013. During the course of investigation, Adityanath appeared on a television show ‘Aap Ki Adalat’. Hayat said that when he was confronted with the same speech he made during the riots, he not only acknowledged the speech as his own but also glorified and justified it.

“I immediately wrote to the then director-general of police that what Adityanath said in the show was nothing short of an extra-judicial confession and his television interview should be counted as evidence for arousing the mob against Muslims in the case,” Hayat said.

He, however, alleged that the state police neither acted on his letter nor recorded his statement. As the investigation kept getting delayed since 2008, Parwaz and Hayat filed a writ petition requesting the HC to transfer the case to the Central Bureau of Investigation. But since the SC had stayed the FIR around this time, the matter did not cut much ice in the court.

However, the Akhilesh Yadav’s government delayed this short bureaucratic exercise incessantly for unknown reasons and, in the meanwhile, the BJP came to power in UP. The decision to sanction prosecution, thus, rests upon Adityanath, the prime accused in the case, now.

“While the government counsel, Vimlendu Tripathi, had agreed that the CID investigation is complete, the DFR has been approved and only awaits sanction earlier, he is now contending that the DFR has not been finalised as yet.” said Naqvi.

“Fortunately,” he said, “the court noticed the inconsistencies in the government’s version.”

In fact, the court was clearly vocal in pointing out the contradictions in the government counsel’s argument in its order of  May 4, 2017.

“It is a little bit disturbing that Sri Vimlendu Tripathi, the learned government advocate at this stage has raised this issue when the matter is being heard by this court on regular intervals but the learned A.G.A. for the State, who were appearing before the court in the matter, has not raised any such issue which has been raised by him today though the court had fixed today the day for deciding the issue which has been framed by it vide order dated 28.4.2017,” the court said in response to the government counsel’s sudden change of argument.

The high court strongly indicted the state government for the delay that has crippled progress in the case, noting with astonishment:

“This further raises a question that how serious is the state and its agencies in pursing the matter which is of grave concern in which innocent persons have lost their lives, many were injured and properties of innocent persons were set ablaze in the communal riots which broke in the city of Gorakhpur in the year 2007 and their families are waiting for justice at the doors of the Court and almost nine years have elapsed and the matter is struggling on such technical issues.”

Naqvi said if the DFR has been approved, it is assumed that the chargesheet against the accused, too, has already been prepared and the CID is ready for prosecution. “It is not surprising, therefore, that the UP government under Adityanath changed it stance.” He accused the BJP-led government of trying to influence the case at the bureaucratic level.

The court, however, rejected the government counsel’s argument because the CID officer in the Gorakhpur region, Anand Narain Singh, has already told the court, through an affidavit, that the agency had submitted the DFR of the case to a three-member committee in the state government, which has approved it, and that it only awaits sanction to initiate prosecution.

The investigative officer Chandra Bhushan Upadhyaya, too, has come on record to say that he has submitted his investigation report seeking prosecution for the five accused persons. “I had completed the investigation in 2015. I had submitted a report to the CB-CID Headquarters in Lucknow seeking prosecution sanction to file the chargesheet against five accused including Yogi Adityanath under IPC 153-A. The CD containing the alleged hate speeches was sent to Delhi for forensic test and report was received,” he told The Indian Express.

Meanwhile, pressure on the petitioners has also been mounting. One of the accused in the case, Y.D. Singh, lodged a police complaint against Pervez Parwaz in April this year. He has accused Parwaz of inciting a mob and destroying Hindu-owned shops in Gorakhpur after the hanging of Iraqi dictator Saddam Hussein. He had also accused Parwaz of filing a false FIR against him.

“We are living under constant threat. Both direct and indirect pressure on us by the rank and file of the BJP is increasing. Saddam Hussein was hanged in 2006 and Singh lodged a FIR in 2017. Imagine their brazenenss! We have to fight for justice at all levels. You can imagine the way things are working in UP at present,” Parwaz told The Wire.

With Adityanath at the helm of the government after having promised an improved law and order situation in UP, it remains to be seen whether he puts himself in front of the court of law or not.