Speaking to The Wire, former J&K law minister Abdul Rahim Rather calls the move to read down Article 370 “illegal, unconstitutional and immoral”. 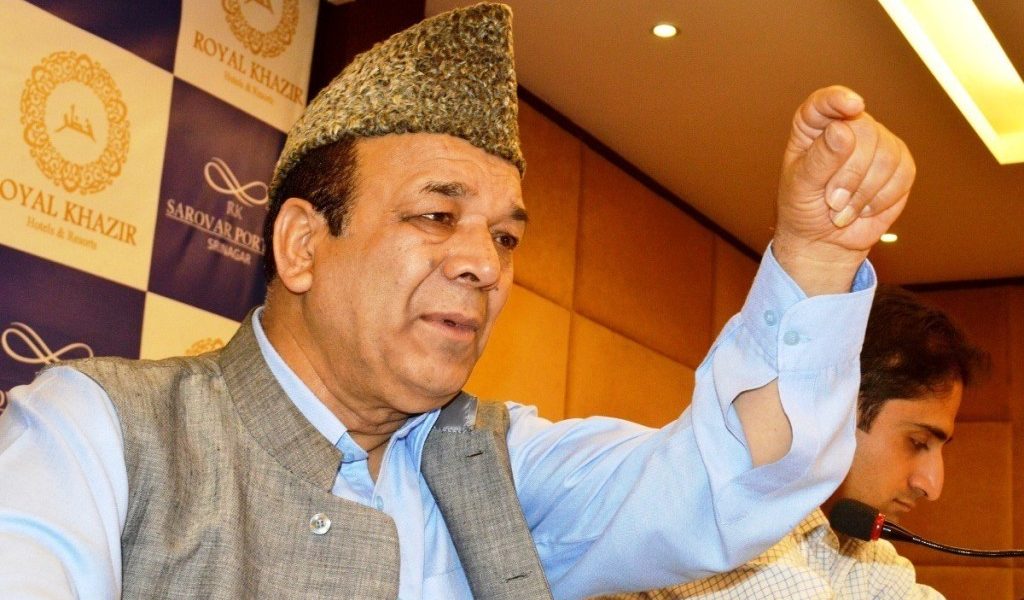 Abdul Rahim Rather is the former J&K law minister and a senior member of the National Conference. In this interview with Mudasir Ahmad of The Wire, Rather says the government of India’s decision to read down Article 370, which accorded special position to J&K in Union of India, is “illegal, unconstitutional and immoral”, and has made the entire mainstream camp irrelevant in the Valley.

Here are some edited excerpts from the interview.

How do you see the situation in Kashmir unfolding in the coming days after Article 370’s revocation?

Unconsciously or consciously the BJP government at the Centre has strengthened the narrative of Pakistan in Jammu and Kashmir. This (move) has rendered the mainstream camp irrelevant in Kashmir and has pushed the political parties to the wall. The mainstream parties were acting as a buffer in the state. But that buffer is gone now; there is no mainstream in Kashmir. The Centre’s decision has led to a political void. Who will take this space now? Today, everybody – in the mainstream camp or on the other side – are angry. I can say that the decision will unite people against India.

Also Read: South Kashmir Ground Report | ‘Not A Single Day Since August 5 When No Youths Were Picked Up’

You have been in politics for more than four decades. What are your apprehensions as far as the Centre’s decision is considered?

The BJP has hurt the emotions of common people, mainstream politicians and separatists alike in Kashmir. It will have serious implications, which unfortunately, the BJP government doesn’t
understand. They have set their own house on fire in Jammu and Kashmir. India has itself destroyed its case in Kashmir. It will be difficult for India to find a person in Kashmir to hold its flag. They
have pushed everyone towards separatism. In the present circumstances, in the conditions which have now arisen, how do you expect that India’s cause will get strengthened in Kashmir?

As former J&K law minister, what are your views on reading down Article 370 and division of the state into two Union Territories?

You said Article 370 had attained a permanent status in the constitution. How?

From May 1949, there were debates in J&K for five months on Centre-state relations. Also, there were talks between the state’s leadership, led by Sheikh Muhammad Abdullah, and the Centre, led by Jawaharlal Nehru. The issue was debated thoroughly in parliament. The Article 370 was the outcome of all these debates.

It became a permanent feature of the Constitution of India because it was to be decided only by J&K constituent assembly whether the provisions (of Article 370) shall be abrogated, modified or amended. Only the constituent assembly had the powers to take a call on the fate of the article and that is why it was being termed as temporary.

The President has since given its nod to both the bills? Your comments?

It is a laid down procedures in the Constitution itself that the president shall not take such a decision (regarding abrogation of Article 370) unless there is a recommendation to this effect from the constituent assembly. The constituent assembly completed its job in 1956, when it drafted the Constitution. This debate ended then and there. There is nobody now on earth that can make such a recommendation. Whatever they (the Centre) have done is immoral, illegal and unethical.

Also Read: Why Does the BJP Get Away With Lies?

The National Conference has filed a petition in the Supreme Court challenging the Centre’s decision? What are the party’s expectations?

The decision taken by the Centre is ultra vires the Constitution. It’s bad in law and can’t stand the test of law.

Besides judiciary, are there any other options with the J&K mainstream parties vis-à-vis Article 370?

Once the elections are held in the state and the new government is in place, the state assembly has the powers to vote to reverse this decision.

The national conference has challenged the Centre’s move in the Supreme Court. Photo: PTI

From Farooq Abdullah to Omar Abdullah, all senior leaders of the National Conference are either in jail or under house arrest today. Did you ever imagine this situation?

When militancy erupted in Kashmir in the 90s, the National Conference received a major blow as hundreds of our party people were killed. But we pleaded the cause of India in Kashmir. We were called pro-India. There were times when bullets would rain and people would get killed on one hand and on the other hand, Farooq Abdullah stood for India. See what they have done to him today. He has been put under house arrest. The (then) prime minister Atal Baihari Vajpayee is on record having said that nobody else could have pleaded the cause of India as eloquently as he (Abdullah) did in the UN when he (Vajpayee) took him along there. Omar Abdullah, who was foreign minister in Vajpayee’s government has been jailed.

BJP leaders have been saying that people in Kashmir are celebrating revocation of Article 370. What are your comments?

If people are celebrating it, then why aren’t they lifting the curfew from the Valley? Why did they re-impose it? What is the need for curfew then? People are not able to talk to their children, their kith and kin. Is this the normalcy and celebrations they are talking about? There is only one telephone booth in Kashmir today for eight million people.

Some reports have suggested that the Centre might go for assembly elections in the Union Territory of J&K. Will the National Conference participate in these elections?

I can’t speak on this. We haven’t met and talked about it at all. Our leaders are in jail. We will discuss the pros and cons of the move and take a call. Then, we will go to the people and inform them about the stand that the party takes.