It is widely known that Taseer's father is late Pakistani politician, Salman Taseer. 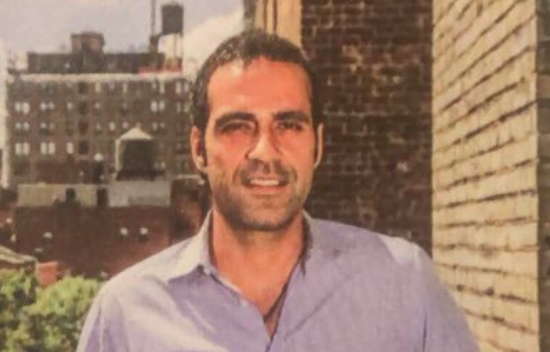 New Delhi: The Narendra Modi government has revoked the Overseas Citizen of India card status held by journalist and author Aatish Taseer, in what can be held as the direct fallout of his election-time cover story on the prime minister for TIME magazine.

This could mean that Taseer can be banned from visiting India in the future, reported PTI.

The official handle of the home ministry spokesperson tweeted thrice on Thursday evening, in conclusion of which it noted, “Aatish Ali Taseer becomes ineligible to hold an OCI card as per the Citizenship Act, 1955. He has clearly not complied with very basic requirements and hidden information.”

This “very basic” requirement, the home ministry tweeted, was disclosure of the fact that Taseer’s father is Pakistani.

Mr. Aatish Ali Taseer, while submitting his PIO application, concealed the fact that his late father was of Pakistani origin.

Mr. Taseer was given the opportunity to submit his reply/objections regarding his PIO/OCI cards, but he failed to dispute the notice.

Thus, Aatish Ali Taseer becomes ineligible to hold an OCI card as per the Citizenship Act, 1955. He has clearly not complied with very basic requirements and hidden information.

As can be seen in the tweets above, the Ministry of Home Affairs has alleged that Taseer “concealed” the fact that his late father was of Pakistani origin. Taseer is the son of Indian journalist Tavleen Singh and Pakistani politician Salman Taseer.

Not only did he immediately take to Twitter to refute the MHA’s claim that he had hidden this widely known information, through his writings across the years Taseer has done very little to hide the fact that his father is Pakistani.

His father’s identity as a liberal politician in Pakistan has not only been an enduring subject for Taseer’s essays and novels, it also finds mention in the writings of his mother Tavleen, who is often vocal in support of the Modi regime. Tavleen is Indian.

Even the title of one of Taseer’s most well known books makes it abundantly clear who his father is – Stranger to History: A Son’s Journey Through Islamic Lands.

This is untrue. Here is the Consul General’s acknowledgment of my reply. I was given not the full 21 days, but rather 24 hours to reply. I’ve heard nothing from the ministry since. https://t.co/z7OtTaLLeO pic.twitter.com/t3LBWUtkdi

In his rejoinder to the MHA’s tweet, Taseer has held that the home ministry’s claims are untrue. Visible in the photograph he has taken is the MHA’s acknowledgment of his response to them. It is thus noteworthy that the MHA (as is visible in the second tweet above) had said that he “failed to dispute the notice”.

There appears to be disparity in the stated timeline too. In his response to the Consul General Sandeep Chakravorty (in blue, at the bottom of the image tweeted by Taseer), he notes that he received the notice on September 3 but that the notice was dated August 12. September 3 is one day after the 21-day response period for the notice ended.

On November 7, ThePrint had reported on the fact that MHA had been considering revoking Taseer’s OCI card-holder status.

The OCI is an immigration status, understood to grant its holder the right to live and work in India. The home page of the official website of the government’s OCI services says any foreign national who is either of the following is eligible for registration as OCI cardholder.

(iii) who belonged to a territory that became part of India after 15th August, 1947; or

(v) who is a minor child of such persons mentioned above; or

(vi) who is a minor child and whose both parents are citizens of India or one of the parents is a citizen of India – is eligible for registration as OCI cardholder.

It bears mentioning here that Taseer was born to his parents out of wedlock, and brought up by his mother in India. It is likely, therefore, that his only legal parent is his mother.

While point (iv) would make Taseer eligible for registration as an OCI card holder, as his mother is Indian, the notice on the home page is followed by the line below:

“However, no person, who or either of whose parents or grandparents or great grandparents is or had been a citizen of Pakistan, Bangladesh or such other country as the Central Government may, by notification in the Official Gazette, specify, shall be eligible for registration as an Overseas Citizen of India Cardholder.”

While this may well have been used as a technicality against Taseer, the timing of the move warrants suspicion.

In the days following the TIME story, the headline of which – ‘Divider-in-Chief’ – particularly captured the imagination of rightwing Twitter while the country headed into the final phase of the Lok Sabha elections, Taseer has been increasingly active on social media, leading an almost laconic battle against right-leaning, rightwing, and BJP supporting men and women who often tweet their criticism of him and his Islamic roots.

Curiously, most of the online attacks against Taseer harness the fact that his father was a Pakistani. Salman Taseer served as the governor of Punjab from 2008 until his assassination in 2011.

PEN America, an organisation that promotes freedom of expression and human righs, said the action against Tasser “appears to be retaliation for a TIME magazine article critical of the Indian government”. In a statement, PEN America said it was a worrying move by the government to punish a reporter for coverage critical of PM Modi.