From 'Only Sikh Can Be CM' to 'Why Not a Hindu': Is AAP Trying to Polarise Punjab Polls?

The party is attempting to take advantage of the Congress's internal rumblings in a bid to woo Punjabi Hindus. 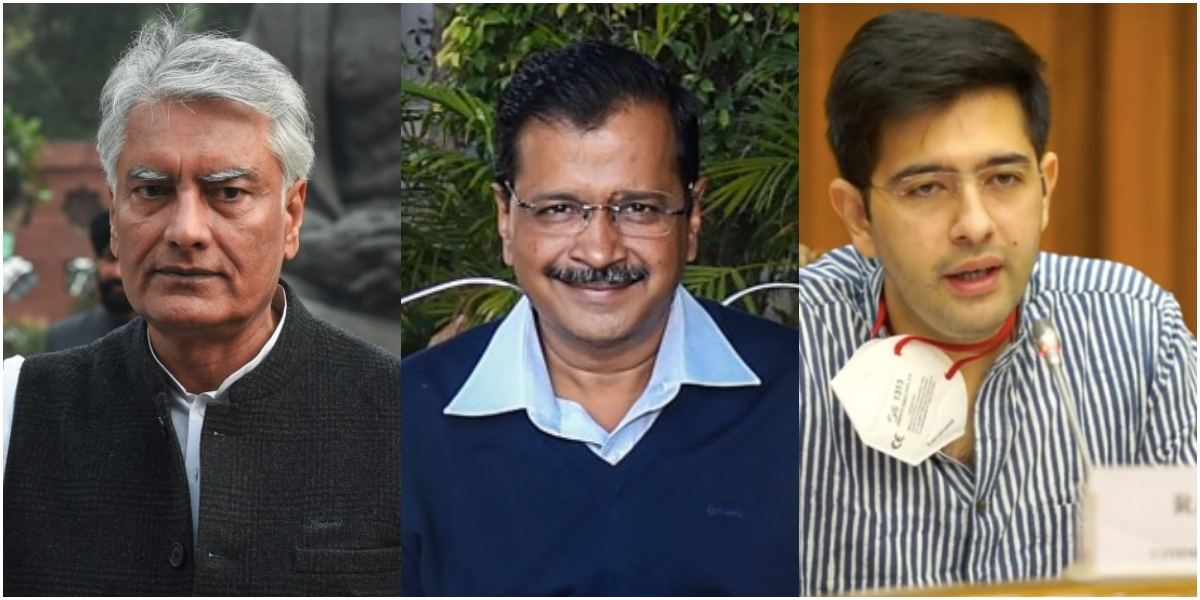 Chandigarh: Replying to a media question in June on who will be the party’s CM candidate, Delhi chief minister and Aam Aadmi Party (AAP) national convener Arvind Kejriwal said, “Our CM face will be from the Sikh community. It is their right and it will remain with them.”

Now, after announcing Bhagwant Mann as the CM candidate, the party is attempting to take advantage of the Congress’s internal rumblings in a bid to woo Punjabi Hindus.

After Congress’s Sunil Jakhar recently said he was not made the CM after Amarinder Singh’s exit last September because he is a Hindu, AAP’s top brass issued a series of statements targeting the Congress for treating its Hindu leaders as “second class citizens”.

Congress is in the midst of deciding whether Charanjit Singh Channi or state unit chief Navjot Singh Sidhu will be the chief minister if it wins in the assembly elections, which will be held on February 20.

While Jakhar may have his own reasons to reveal his disappointment, what are AAP’s intentions? It had announced that the top post is reserved only for Sikhs and is now claiming that the Congress has deliberately kept a Hindu out of the CM race.

This became quite apparent when Kejriwal asked why Jakhar’s name was not in the CM race. Then Raghav Chadha, AAP’s co-convener of Punjab affairs and party MLA from Rajinder Nagar in Delhi, tweeted that Sunil Jakhar was being treated as a “second class citizen” by Congress.

Sunil Jakhar Saab is being treated as a second class citizen by Congress. Excluding him from list of CM candidate probables merely because he’s a Hindu reveals deep-rooted communal politics of Congress. His competence & experience is sacrificed at the alter of religious politics. https://t.co/7IyU3F1Lab pic.twitter.com/s4Ljmn6BN2

“Excluding him from list of CM candidate probables merely because he’s a Hindu reveals deep-rooted communal politics of Congress. His competence & experience is sacrificed at the [altar] of religious politics,” Chadha added.

“Before AAP, no other party had announced that the CM post would only be reserved for Sikhs. If that move was to woo Sikhs, now they are using Jakhar’s statement to woo Hindu voters,” said Jagtar.

He said, “AAP does not fully understand Punjab because it can’t be seen in the prism of polarised politics.”

Singh said though all 16 CMs of Punjab since its reorganisation in 1966 have been Sikhs, this cannot be seen through a communal angle. He said Punjab would not object to a Hindu CM. “Had Jakhar been made CM instead of Channi in September last year, there would have been no objection since both Hindus and Sikhs live in harmony here,” he said, adding that saying only a Sikh will be the party’s CM candidate or asking why a Hindu is not chosen for the top post is wrong.

He said AAP is unnecessarily dividing the society and ignoring Punjab’s “complex history”. “These things are better left unsaid. The focus should be on development rather than to win votes by polarising the election,” he said.

Political analyst Pramod Kumar also told The Wire that Punjabi Hindus are not “hardcore Hindutava voters” who will be swayed by the kind of politics that AAP is trying to play. “Here, both Hindus and Sikhs visit each other’s places of worship. There are strong economic and social relations between the communities,” he said.

The agenda should be on how to uplift Punjab, the right policies to generate employment and take Punjab out of the agrarian crisis rather than meddle in communal politics, he added

AAP has experienced limited success in Punjab. In the 2014 parliamentary election, four of its candidates became MPs. In the 2017 assembly election, it emerged as the second-largest party, pushing the Shiromani Akali Dal – the state’s oldest party – into the third spot.

But AAP, which is no stranger to internal turmoil – half of its elected MLAs in Punjab have defected – is desperate to register a win outside Delhi. Punjab is the only state among the five poll-bound states where it has the chance to win. Therefore, many believe that AAP is using all possible means to maximise its votes.