Not Knowing Where Else to Go, AAP Is Moving Further to the Political Right

The party's decision to lash out at the Congress over recent instability in Rajasthan – while ignoring allegations of horse-trading against the BJP – concretises this shift. 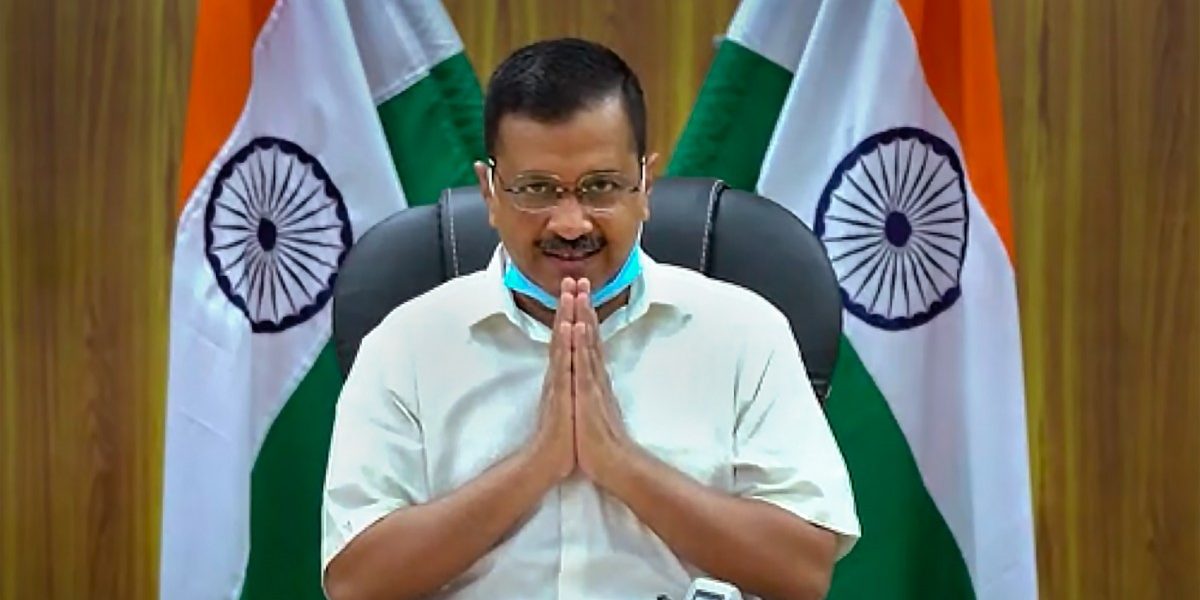 Aam Aadmi Party leader Raghav Chadha recently went after the Congress over the infighting between Rajasthan chief minister Ashok Gehlot and his deputy Sachin Pilot, but turned a blind eye towards the Bharatiya Janata Party being accused of fuelling horse-trading in the state. Chadha’s remarks signal a decisive rightward turn within the AAP – an organisation which until recently hoped to become a third political pole, nationally.

On Thursday, the Delhi MLA launched a scathing attack on the Congress, in what was perhaps the party’s first political intervention since the coronavirus outbreak. Over the last few months, the party has either sought to evade critical questions thrown at it, or has stuck to its governance-only motto in the city-state of Delhi, where it was re-elected to power in February.

However, on the heels of the current Rajasthan imbroglio, the party thought it prudent to assert its political weight despite its near negligible presence outside the national capital.

Chadha referred to AAP as a replacement for the Congress, as the “only alternative” to the BJP’s dominance. He said that the Congress is in no position to “give any future to the country”, and that it is “on a ventilator”, making references to terms that have become common during the COVID-19 health crisis.

“Today, it is clear that the Congress party is on a ventilator. No plasma therapy, hydroxychloroquine or remdesivir can save this political party from impending death,” Chadha said.

Interestingly, AAP accused the Congress of selling its MLAs, but didn’t fault the BJP for buying them.

In the larger scheme of political dynamics, it is increasingly becoming clearer that AAP will now train its guns more on the weakened Congress and other opposition parties, while maintaining a stoic silence over the BJP’s misdeeds. For almost a year, the party has been gradually coming to terms with the fact that it has neither the ideological cohesiveness nor the organisational strength to combat the BJP. The only way forward, in such a scenario, is to make a dent in the opposition space.

In realising and accepting that, AAP appears to have placed itself clearly within the spectrum of the cultural Right – a far cry from its earlier days when it categorically challenged the BJP and its affiliates just like it did the Congress. One may remember that in attempting to give his party a national impetus, Arvind Kejriwal had contested against Prime Minister Narendra Modi from Varanasi in the 2014 general elections. As a strong critic of Modi and BJP’s communal politics, he ended up in the second position, garnering over two lakh votes.

Those days are clearly in the past for the AAP. The first tenure of the Kejriwal-led Delhi government was marked by two distinct phases – one in which it confronted the Centre and the BJP on almost every issue of national significance, and the other in which it tactically avoided even a minor confrontation with the saffron party.

The starkly contrasting phases, however immature this change may have appeared, were adopted by the AAP largely for electoral reasons. By restricting itself to a campaign that spoke only about its exaggerated good governance record, it conspicuously disengaged itself from the BJP, which sought to polarise the electorate on Hindu-Muslim lines like never before in Delhi.

The AAP, however, remained steadfast in burying the communal problem in the polls, and it may have well thought that this political strategy won them an absolute majority in the assembly. An AAP insider had then told The Wire that by not calling out the communal campaign, it had successfully restricted BJP’s playing field, and prevented further polarisation of Delhi’s electorate.

But the AAP was in for a shock, when within days of the assembly results, north-east Delhi saw deadly communal riots. Hindutva mobs laid siege to large parts of Muslim-majority districts, ransacked their properties and killed with impunity, with the Delhi police largely being a silent spectator to the violence.

The mainstream media projected the riots as a Hindu-Muslim clash, as if both communities were on equal footing. While dozens of murders from the Muslim community were ignored, the television media gave disproportionate attention to the killings of one Intelligence Bureau official and one constable, both of whom were Hindu.

Also read: In Punjab, AAP Has Been Missing From Protests Against CAA and Delhi Riots

Tahir Hussain, an AAP councillor, was declared a mastermind of the riots, as were the anti-Citizenship (Amendment) Act protestors, although little credible evidence of their culpability was shown.

Given how carefully it had stayed away from calling out the communalisation of the Delhi polity, the AAP by then had reduced itself to an insignificant regional party of a half-state. By forcing it to throw Hussain under the bus, the BJP showed the AAP its place. Not once did the AAP point out the role of Hindutva mobs, or the inciting speeches of BJP leaders, in precipitating the riots.

AAP took pride in its strictly-pragmatic approach towards politics, but it came down to naught. It felt powerless during the riots and after. With the Delhi police under the BJP-led Centre, all it could do was to call for peace, even as its legislators remained conspicuously absent from the riot-torn working-class neighbourhoods.

That one of the biggest accused leaders in the riots is Kapil Mishra, who defected to the BJP after serving as an AAP MLA, in only a small indication of how AAP’s so-called dream of offsetting ideological divisions has failed.

The credit for COVID-19 handling

The BJP has reduced the AAP to a pawn in the larger political battle. That it could still win the assembly polls can be explained by the fact that the Delhi BJP is a rudderless, leaderless unit.

AAP’s present-day character can be understood from the way Kejriwal has dealt with the Centre during the pandemic.The Delhi chief minister took every chance to shower praises on the Centre and its representative, Lieutenant Governor Anil Baijal.

Yet, all his efforts did not matter, as the pro-BJP television media endlessly criticised the Delhi government for mismanaging the crisis, from the way it poorly handled the Tablighi Jamaat cluster to the insufficiency of beds for COVID-19 patients in the national capital.

It was only when Union home minister Amit Shah involved himself directly in Delhi’s COVID-19 response that the pliant media started covering the capital’s situation favourably. Even then, Shah walked away with all the credit, despite the Delhi government’s hands-on efforts over the last three months. The right-wing social media ecosystem, too, left no stone unturned to credit Shah for the “turnaround” in Delhi.

Yet, the servility paid certain dividends for the AAP. Consider this: a day after its leaders lashed out at the Congress, Kejriwal unusually got invited for exclusive interviews in the so-called “darbari media“.

Today Kejriwal is all over Godi Media.

Most political observers would agree that the AAP has lost the moral authority that had propelled it to national prominence. For a long period, that authority had created support for the party even while it took controversial decisions like driving out party ideologues Yogendra Yadav and Prashant Bhushan, or superficial decisions like implementing the odd-even formula to beat pollution in Delhi.

By walking out of inconvenient situations like the communal riots, AAP has shown that it has an unethical side. It has lacked both courage and conviction to stand up for its own stated values. Now, its sudden opposition to the Congress, while conveniently ignoring BJP’s overt role in destabilising one elected state government after another, only reinforces this face of the AAP.

One may ask Kejriwal and the likes of Chadha – if they think so poorly of the Congress, why did the AAP try so desperately to ally with it in Delhi and Punjab ahead of the 2019 parliamentary polls? The talks failed because Congress refused to share seats with the AAP in Punjab. While AAP could win only one seat in Punjab (down from four in 2014), Congress won eight in the Sikh-majority state.

By Chadha’s own admission, “AAP does not have huge organisational strength across the country”. Yet the party now claims to be “the only alternative”. Its inflated sense of self is perhaps as delusional as its attempt to prematurely secure a foothold in Rajasthan’s ongoing political crisis.