A Relationship That Goes Back a Long Way A shakha of the RSS (Photo: Gamesh Dhamodkar) 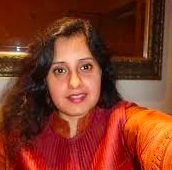 The RSS ideologue Ram Madhav has sparked off a contentious debate by discounting any involvement of the RSS in the working of the government. This argument does not seem to hold water. The government does not hold formal discussions with any organisation, with the PM and the entire Council of Ministers present in full attendance, until and unless it is of high relevance and they share something in common. Perhaps the RSS has been concealing its links with the BJP in order to avoid a re-enactment of the controversy the UPA faced over having two power centres. The BJP-RSS had highly condemned this.

The RSS sarsanghchalak, Rajendra Singh, in 1998, refuted the links between BJP and RSS by saying, “We will not hold the government on a leash nor turn the heat on it. There is nothing common between the BJP and us, we only share an ideology”. (cited in The Sangh Parivar: A Reader edited by Christophe Jaffrelot p. 198)

Walter Andersen’s book The Brotherhood in Saffron, which has been quoted by Madhav too, defines “ideology” as the “cognitive road map that plays a role in defining (or obscuring) social categories, stabilising (or upsetting) social expectations, maintaining (or undermining) social norms, strengthening (or weakening) social consensus, and relieving (or exacerbating) social tensions”. As the belief systems of the BJP and the RSS are admittedly homogeneous and resemble each other in character and appearance, this becomes self-explanatory and leaves very little to explain. A look at the historical genesis of the BJP and RSS would clear the ambiguity to a considerable extent.

Children of the Fatherland

Veer Savarkar’s work provided K S Hedgewar, the founding sarsanghachalak of the RSS, with an intellectual justification for a concept of the “Hindu nation” that claimed to embrace all the peoples of the subcontinent but excluded those who did not regard India as both their “pitrubhumi” (Fatherland) and “punyabhumi” (Holy land); effectively, this excluded all those such as Muslims and Christians, who drew spiritual inspiration from outside the geographical limits of Hindustan. Hedgewar was profoundly impressed with this inclusive/exclusive formula that he believed gave him the means of uniting the Hindu community. Hedgewar experimented with revolution, satyagraha and constitutional reform but each method he felt had failed to achieve independence or national rejuvenation. Finally, he came to a conclusion that the fundamental problem was psychological and what was required was an inner transformation to rekindle a sense of national consciousness and social cohesion. Once a cadre of persons committed to such national reconstruction was created, there would be little difficulty in sustaining a movement of revitalisation, he believed and, therefore launched his new movement in September 1925 called the Rashtriya Swayamsewak Sangh. Thus was formed the largest and best organised group committed to the cause of Hindu revivalism, rooted in the belief that Hinduism was endangered.

But the organisation ran into rough weather when in January 1948, Gandhiji was assassinated. Owing to the RSS adherence to an ideology of communalism and violence, and its alleged involvement in the conspiracy to kill Mahatma Gandhi, the government immediately banned the RSS and arrested most of its functionaries and leaders. During the ban, Home Minister Sardar Patel demanded that the RSS should avoid politicial activities. The largely traditionalist leadership agreed with him on this point, and article 4(b) was incorporated in the RSS Constitution which, as underlined by Craig Baxter, the US biographer of the RSS, asserts that the RSS “has no politics and is devoted to purely social work.”(cited in The Jana Sangh: A Biography of an Indian Political Party by Craig Baxter, p. 46) However, the RSS activists never interpreted article 4 literally. They argued that it was impossible to separate “politics” from “social work” and to force such separation would be to undermine the nationalist objectives of the RSS.

One of the most difficult issues faced by the RSS in the immediate post-ban period was the kind of political role it would assume. There was a great deal of disagreement between the leaders and the activists. Guruji Golwalkar’s reluctance to reorient the activities of the RSS was evident when he explained his personal opposition to any political role for the RSS, “Personally, I am outside politics…. But why should people drag us into politics? We are happy with them as politicians and ourselves as swayamsevaks”. (cited in The Brotherhood in Saffron-The RSS and Hindu revivalism by Walter K Andersen & Shridhar D Damle p. 124) In answer to several RSS activists who wanted to see the RSS develop into a mass-based political party, Golwakar expressed strong opposition on the ground that the RSS should concentrate on rebuilding itself.

After independence, Nehru had invited Shyama Prasad Mookerjee, one of the three Hindu Mahasabha members in Parliament, to join the cabinet. A deterioration in Indo-Pakistani relations was soon to prompt Mookerjee to establish a separate political party. Nehru and Home Minister Patel had serious disagreements over how to handle the situation. Mookerjee sided with Patel’s stand that India take a hard line against Pakistan. Nehru’s support of a negotiated settlement prevailed, resulting in talks which led to the Liaquat-Nehru Pact on 8 April 1950. On that day, Mookerjee and K C Neogy, another Bengali cabinet minister, resigned from office. With his resignation from the Cabinet, he began his “quest for a political platform” which ended in the founding of the Jana Sangh in October 1951.

While Golwalkar and most other RSS leaders wanted to keep the RSS outside the political process, they did expect to exercise a moral influence over the new party. They sought some voice without institutionalising any formal linkage between the RSS and the Jan Sangh. The RSS constitution prohibited political activity, and the government might have again restricted RSS activities if it were to engage in overt political activity. The problem was resolved by the decision to loan a number of pracharaks, who were thoroughly socialised in the RSS discipline, to the Jan Sangh.

There is a failure on the part of the BJP to completely disassociate itself from the umbilical chord it shares with the RSS. Even though the BJP has grown stronger after the General Elections in 2014, there is no Plan B for them as they still heavily rely on the discretion and guidance – and above all, the cadres – provided to them by the RSS.

In 2000, the then General Secretary of the BJP, Venkaiah Naidu, claimed his party had no ‘organic link’ with the RSS, which was a purely cultural and social organisation. He insisted that the very creation of the Sangh Parivar was a creation of media. (The Hindu, 13 February 2000). But in 2002, the same man, now the BJP President, proudly declared, “We are proud of our connections with RSS”. (Central Chronicle, 05 September 2002). Will Ram Madhav change his mind when he is crowned the next BJP President?

The writer works as a Research Scholar for Mani Shankar Aiyar. The views expressed in this piece are solely hers.