A ‘Post-Chanakaya’ Polity is Taking Shape

A stalemate is gnawing at the government’s vitality. States have been lost and the economy is sinking. Not all judges are vulnerable to blackmail. Modi, the great salesman, is now reduced to asking citizens to tune in to a godman to understand official policy. 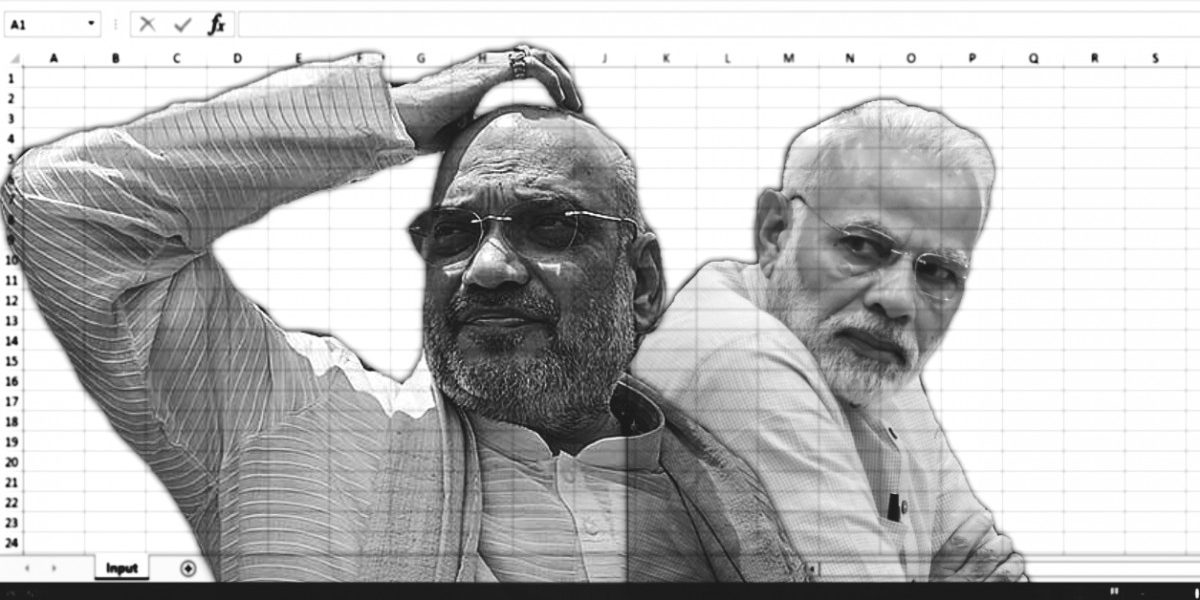 The close of 2019 saw yet another state government getting sworn in but without the familiar presence of  BJP leaders in their colourful turbans crowding the stage. And the dawn of a new year clearly suggests that the polity is moving into a ‘post-Chanakya’ era.

The five years from 2014 to 2019 were the golden period of the new Chanakyas who came down from Gujarat to lord over Delhi and insisted on rearranging the essentials of how power was to be exercised. They developed a distinct style – rough, abrasive and tough. Their success was attributed to four traits.

First, the New Rulers were deemed to possess a magical touch when it came to this business of electioneering. They were the smartest guys in the room. They could disrupt the opposition’s game plan; they could cobble alliances, deprive the opposition of partners and allies. It was believed they had key insights, never before possessed by any other political operative, into the matrix of  castes and sub-castes, that they  understood the religious divides, and that they had a monopoly over imagination when it came to tactics, innovation and ruthlessness in forming governments. They  were invincible, inexorable.

Second, the New Rulers had no qualms when it came to going after individual leaders who chose to be outside the circle.  Never before had the state’s “agencies”  been put to use so systematically against rival political parties and leaders; as a pliable press bought into the narrative of ‘cleaning’ India of its corruption, the judiciary at all levels self-recruited itself as a facilitator in the game. The new rulers were not averse to getting rough with those who did not fall in line. The CBI Headquarters could be sealed at midnight. A P. Chidambaram could be made to sit it out in Tihar Jail for over a hundred days. Remorseless, relentless.

Informed insiders would  whisper excitedly as to  who was going to be the ‘next’  target. These whispers informed us of how files were being maintained on even judges, the Election Commission, the chief ministers, or any other constitutional functionary who could possible to say nyet.  J. Edgar Hoover would have thoroughly  approved of how New Delhi had finally got a regime savvy enough to understand the power of technology and its potential to undertake intrusive surveillance and use that information to disrupt the “enemy.’

Also Read: The Struggle for India’s Democracy Is Only Just Beginning

Third, the New Rulers rewrote and promptly copyrighted the book of nationalism. They and they alone would issue deshbhakti certificates. Those who disagreed with the regime would be declared lacking in patriotism. This appropriation of the nationalist mantle was maliciously, but successfully, worked against the Muslims.

Fourth, and last, the prime minister was a communicator of the kind India had never seen before. He was accepted and respected as a fakir who works only for the nation. He was trusted fully to act always and only in the nation’s interest. That meant he need not respect the reputation of any other person, past or present. He could go to any part of the country and bad mouth regional leaders, delegitimise local sensitivities, and, instead, impose ‘national’ issues, concerns and aspirations. Above all, he believed there was a ‘Meerut SP’ in every Hindu and had the uncanny gift of tickling that dormant prejudice.

These traits converged into a toxic mix in the last Lok Sabha election. The opposition stood decimated. A tally of 300-plus Lok Sabha seats was a moment for the New Rulers to savour. But in that moment, the nature of the game changed. The Gujarat gang could no longer pretend to be the ‘outsiders’ in a capital of sin. Five years in office inevitably has produced its own quota of collusion and corruption. Even the Nagpur sanghchalaks are reported to be worried about the corroding temptations creeping in among the ‘commissars,’ or sanghthan mantris.

As the year closed, all the winning traits stood blunted. And that has produced a crisis of confidence in the regime. The follies and stupidities and flaws of the government’s politics and policies can no longer be attributed to those “70 years.”  And the government still has more than four years of its mandate – too long a time to be squandered in short-term recklessness or ideological extremism. India cannot afford four years of government-instigated turmoil and instability, without jeopardising national interests and ambitions.

As we speak, three distinct fault lines have already set in.

First, the government has needlessly poked the minorities. In the process, a massive weakness is being sought to be institutionalised in the Citizenship (Amendment) Act. “370” was framed in nationalist terms; the CAB/CAA debate was anchored, from the very beginning, in a religious divide. Pakistan’s internal structural prejudices are cited to introduce prejudices and discrimination in our own glorious constitutional landscape. And because the Opposition had been so thoroughly crushed, the ‘street’ had to take over. Resistance has become a familiar slogan. A permanent civil war stares the nation in the eye.

Second, the Modi regime’s hit and trial approach to the management of the national economy has cumulatively broken the citizens’ backbone. Massive deprivation and destitution have set in. Yet the government remains enamoured of its own mediocrity and its slogans. Four more years of indifferent economic performance will inevitably produce serious social consequences.

Third, the armed forces have been given an oversized place in our political scheme of things, all in the name of the need to teach Pakistan a lesson. This role cannot be reversed easily. The militarisation of national objectives and outlook not only has put us on the road to permanent belligerence in our neighbourhood, it also impinges on our domestic political contestations. The generals and colonels are getting politicised, and this can come back to bite the deshbhakts.

A consequential stalemate is already gnawing at the government’s vitality. The Chanakya magic is over; Maharashtra, Haryana, and Jharkhand  tell the story. Ranjan Gogoi is no longer the Chief Justice of India. Not all judges are vulnerable to blackmail. Even the prime minister, the great salesman, is now reduced to asking citizens to tune in to a godman to understand official policy.

The government needs to find the humility to move beyond its ‘Chankayan; intransigence and get for itself a new political hearing aid. Otherwise it would be consumed its own follies and the nation will suffer grievously.