The impact of the Balakot airstrikes on voters is questionable Two broad themes are emerging in the run up to the Lok Sabha elections.

First, that it’s advantage Bharatiya Janata Party. Not just because it is led by Narendra Modi, vote-catcher extraordinaire, who still commands the loyalty and devotion of a large number of people, but because after the Pulwama terrorist attack and the Balakot airstrikes, a surge of patriotism will make Indians vote for him as the man who finally took action against Pakistan.

The second theme centres around the opposition, chiefly the Congress, and its many sins of omission and commission. The Congress is clueless and rudderless, and incapable of getting its act together. Just look at the way it is bungling opportunities of coalition building, turning down offers to partner with the Aam Aadmi Party in Delhi and the Samajwadi Party-Bahujan Samaj Party mahagathbandhan in UP. Plus its state-level units are all up in arms against potential partners. In the absence of any firm opposition, the BJP will have no problems winning.

Both these narratives are generally on the right track. The BJP is proving adept at building coalitions, even if it has to give away seats, as has been seen in Bihar and Maharashtra. It has even roped in the Asom Gana Parishad, which broke away from a partnership just two months ago. It shows nimbleness and flexibility, traits that the Congress appears to lack. It will certainly, on the face of it, help the BJP consolidate its votes, even if it will mean less seats to fight.

Will the airstrikes work politically?

These broad ideas need some investigating. The situation isn’t as simple and obvious as it looks. Indian election results have upended all predictions in the past, and voters are notorious for springing surprises on the pundits, the pollsters, the losers and even the winners. In 2004, when every poll and analyst was predicting a comfortable victory for a Atal Bihari Vajpayee-led BJP, the electorate showed it wasn’t convinced India was ‘Shining’ after all. This stunned the BJP, but equally shocked the Congress, which hadn’t expected to be the single largest party.

Several BJP leaders have said that the airstrikes will help the party win big. That implies that till Balakot, the Narendra Modi government had little to show on the governance front. The magic words Pulwama and Balakot, laced with pictorial and other references to Wing Commander Abhinandan, are seen as life saviours which will guide the party to a victory. The friendly media and the noisy online campaigns are drumming up the same message. 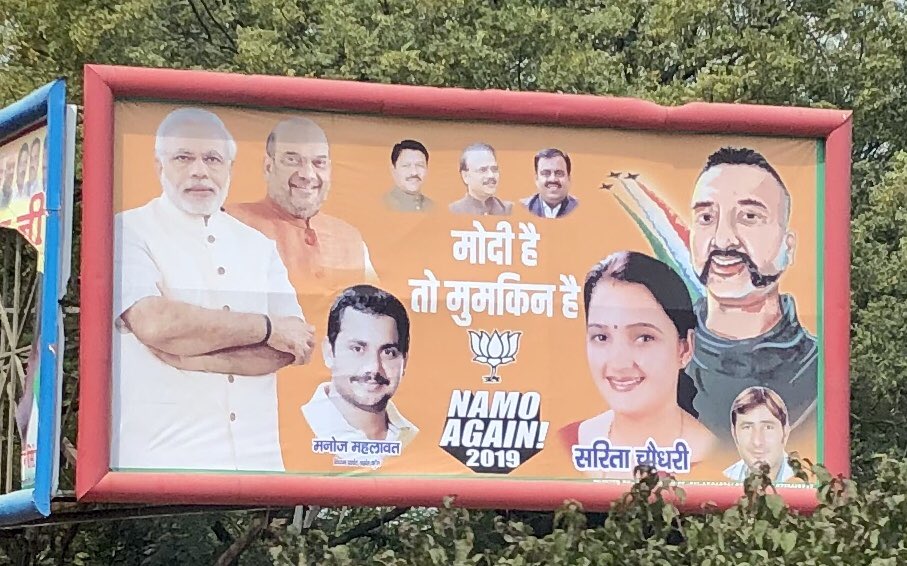 Once again, there is an air of triumphalism and the BJP, till the other day looking a bit nervous, is now feeling confident all over again. Across the country — at least in the key Hindi belt states — the party’s campaigners are fanning out with this message.

But will the airstrikes strike a chord with voters in a manner that will be beneficial to Narendra Modi and his party? Will the farmer in Vidarbha, the small-scale businessman in Vijayawada, the fisherwoman in Kochi or indeed the trader in West Bengal – all of whom have been affected by this government’s economic policies – be moved by the message that Pakistan has been taught a lesson? The same patriotic heart beats in all of them, but they have real-life issues — falling incomes, rising costs, unemployment — to deal with on a daily basis. BJP leaders had fanned out after the airstrikes and proclaimed that hundreds of ‘terrorists’ had been killed, but as more and more questions were raised, this claim was eventually discarded. Now the Sangh parivar’s own thinkers are wondering if this has any traction left.

Fault lines in the opposition

On the opposition front, the promise of unification after the Karnataka elections, when there was a great display of solidarity, the internal fault lines have become apparent. The mahagatbandhan has no time for the Congress and important leaders like Mamata Banerjee have remained aloof. Each one has ambitions of their own.

Yet, loose arrangements have a habit of coming together at opportune moments. There could be many behind-the-scenes agreements among parties, who want to defeat the Modi-led BJP at any cost. In any event, each regional party has the clout and support to defeat the BJP in the states. The BJP needs every seat it can win to reach a substantive number that can make Narendra Modi influential enough, should a proper coalition have to be formed.

Which begs the question – what is the magic number that will put Modi in an unassailable position, and can it be reached? Again, there are several scenarios floating around, including extreme ones of the BJP getting 300 seats and more at the upper end and 125 at the lower. But most analysts are agreed that the party needs to get at least 180 seats to call the shots with pre-existing allies and new potential partners, ranging from Naveen Patnaik of the Biju Janata Dal to K. Chandrasekhar Rao of the Telangana Rashtra Samithi, all of whom will demand their pound – and more – of flesh and ministries. And how will Narendra Modi, with his style of functioning, manage an unwieldy coalition of prima donna regional party leaders? And what happens to him if his party gets around 160 seats? Will his senior colleagues rebel?

Voters make up their mind based on several factors. There are those who blindly vote for a party and a particular leader, but economic issues, local development, governance, coalitions and those old staples, caste and community, count for a lot too. In the past, emotive issues like the Ram Mandir and the communal fall out helped the BJP win, or the sympathy factor after Indira Gandhi was assassinated helped Rajiv Gandhi get over 400 seats, but in the end, all parties focus on subjects like poverty and growth. Even Modi talked about corruption and the need to boost the economy. Nationalism and the blatant leveraging of the armed forces by bringing them into political campaigning are not sure-shot formulae to attract voters, and could even end up alienating many.

We will know soon enough how the voters decide. But even as parties launch their campaigns and fashion their strategies, it is becoming very clear that no one is feeling confident about a decisive victory. The BJP is trying to keep the afterglow of the Balakot strikes alive, the opposition parties are still working out their relationships and the voters are keeping the leaders guessing. It is still a wide open election.