A memorandum, asking for a special investigation team probe into the affair, was signed by 115 MPs from opposition parties and submitted to the President. 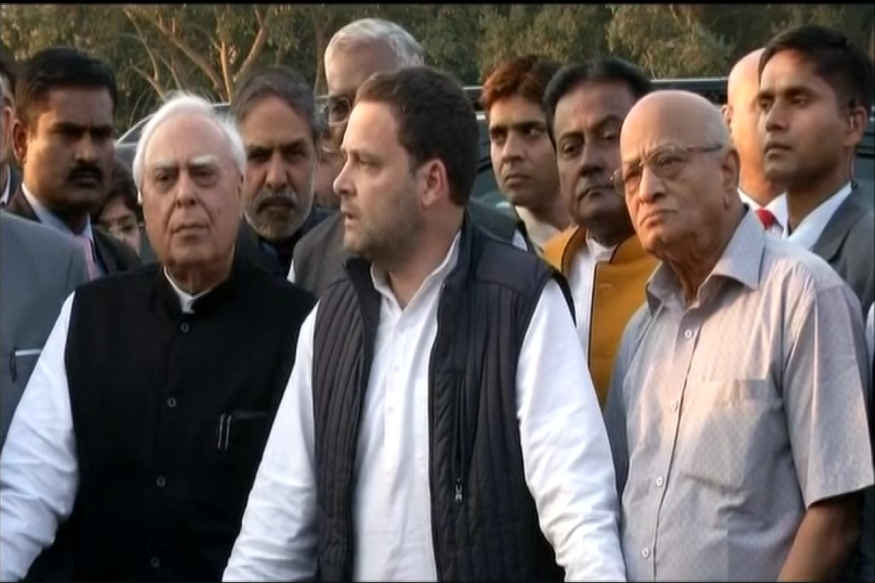 New Delhi: A delegation of 114 MPs from different opposition parties urged the president of India on Friday to order a judicial probe into the allegedly mysterious death of CBI special judge, B H Loya.

Judge Loya’s death has become one of the most discussed issues in recent times.The demand for a probe in the case getting a political boost indicates that the opposition is in no mood to let the BJP president Amit Shah off the hook of suspicion easily. Shah was one of the accused in the controversial Sohrabuddin fake encounter case which the Loya was hearing when he died. Soon after his death, the new judge who took over exonerated Shah of the charge owing to lack of evidence.

The BJP has been defending its party president on this count. However, ever since The Caravan published an investigative piece that recorded the versions of Loya’s family members and showed multiple loopholes in the way Loya’s death was painted as a natural one, the party has found itself under a renewed attack from both political parties and civil society alike.

In their letter to the president, the MPs wrote, “Recent revelations regarding Judge Brijgopal Harkishen Loya’s death require investigation. He was presiding over a special CBI court in Mumbai dealing with the Sohrabuddin fake encounter case.  Loya’s father and sister have revealed that Judge Loya was being pressurised by none other than the Chief Justice of the Bombay High Court to render a decision in favour of the accused. In return the deceased judge was offered 100 crores and a flat or land in Mumbai.”

What is noteworthy is that the MPs were categorical that “such statements disclose the commission of a cognizable offence, for which the lodging of an FIR is mandatory, a procedure consistent with the law laid down by the Supreme Court.”

“For the Bombay High Court not to do so is a matter of grave concern,” the letter added.

The MP raised concerns about the fact related to the case which violated the Supreme Court directions. “Earlier to Judge Loya, Judge J.T Utpat was the special CBI court judge handling the case. He allegedly reprimanded an accused (referring to Shah) for not appearing in his court and fixed June 26th, 2014 for his appearance. On June 25th, he was suddenly transferred, despite a direction by the SC in 2012 that the judge assigned the case will complete proceedings. For the High Court to have transferred the judge despite SC’s directions needs explanation.”

While substantiating why judge Loya’s death need special attention, the MPs said that not only Loya, but two of his “alleged confidants have also subsequently died in suspicious circumstances.”

“This,” they said, “was revealed by Satish Uke. Shrikant Khandalkara, public spirited lawyer in Nagpur, allegedly fell from a high rise building in the district court on November 29th 2015 and Prakash Thombre, a retired district judge allegedly died on May 16th 2016 falling from the upper berth in a train. According to Satish Uke, he had spoken to Judge Loya who also told him of the pressure being exerted on him to give a favourable verdict for the accused.”

The MPs felt that the case has precipitated an unprecedented situation in the top court as four senior most puisne judges also came out in public to express their “sentiment that democracy was in peril.” The historic press conference by the senior SC judges was also triggered by the allegedly undemocratic way the Chief Justice of India, Dipak Misra, handled the petition demanding a probe into Loya’s death.

Since this case has raised serious questions about the independence of the judiciary, the MPs requested the president to intervene in the matter. “What is required is a thorough investigation through an SIT of independent officers selected and monitored by the SC. Neither the CBI nor the NIA, considering their recent track record should be entrusted with the investigation. Such a procedure will restore the credibility of institutions in the eyes of the public. We sincerely hope you will use your good offices to serve the cause of justice,” the letter said.