When it Comes to Weapons, the French Take Their Business Very Seriously

Any discussion on the allegations of irregularities in the Rafale deal would be incomplete without closer scrutiny of the tightly knit team of top French bureaucrats handpicked by the then defence minister, Jean-Yves Le Drian. 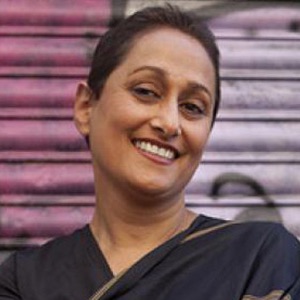 New Delhi: Allegations about whether or not Anil Ambani had struck a deal to enter the defence business with the blessings of the PMO prior to Prime Minister Modi’s visit to France in April 2015 have so far  drawn attention to the Indian side of Rafale negotiations which followed.  A great deal has been written about the role of national security adviser Ajit Doval in the negotiating process.

However, a recent report in Le Monde suggesting the French government might have favoured the Indian businessman by settling a long-pending tax claim on highly favourable terms to him has swung the spotlight back to Paris – and the dramatis personae involved at the French end of the bilateral defence relationship.

All of Le Drian’s men

So far, little has been written or broadcast about the tightly knit team of top French bureaucrats referred to in France as “grands commis d’etat”, personally handpicked by the then defence minister, Jean-Yves Le Drian, who negotiated with India on behalf of the French side. Referred to in the French press as “the negotiators from the shadows” – the phrase implies they are ‘discreet’ rather than ‘shadowy’ – all of them are highly skilled functionaries of a very centralised state that has extremely close ties to the French military-industrial complex.

An email originally sent on March 28, 2015 by Nicolas Chamussy, officer on special duty to Airbus chief Tom Enders, and quoted by the Indian Express in February 2019, refers to a meeting between Anil Ambani and the then French Defence Minister Jean-Yves Le Drian just weeks before PM Modi’s Paris visit in April 2015. Anil Ambani, the email claims, indicated his intention to ‘sign an MoU’ in Paris, first in civil aviation and then in defence production, in the presence of the prime minister.

Another email was sent by Guillaume Faury, CEO of Airbus Helicopters to Philippe Monteux, head of South East Asia for Airbus Helicopters, asking him to prepare a note on the company’s position on Ambani’s declared intention.

Faury refers to a conversation he has had with Christophe Salomon, a top aide to Le Drian, who informed him of Anil Ambani’s visit to the defence ministry in the week of March 21. The email suggests that very senior defence ministry advisers, particularly Salomon, Jean-Claude Mallet and Geoffrey Bouquot, all graduates of France’s elite schools of politics, engineering, administration or advanced studies attended the meeting. They have since moved on to occupy strategic positions in the French military-industrial complex.

Several heavyweights within the Airbus Group – such as Marwan Lahoud, a Franco-Lebanese engineer who was the then head of Airbus Strategy and Marketing; Clive Schley, the company’s Vice President for Strategy and Marketing; and Dominique Maudet, then VP Global Business and Services – were recipients of the email, underscoring the importance given to the matter by not just ministry officials but also by Airbus’ senior management.

In a press statement soon after the Indian Express published the emails, Reliance said the leaked correspondence pertained to the company’s plans for the Airbus helicopter and had nothing to do with the Rafale.

The French state is a substantial shareholder in some 1800 public and private sector companies, 81 of which are considered national champions and are of “strategic interest”. The stake is valued at over 100 billion euros and the companies range from carmaker Renault, telecoms major Orange or agribusiness giant Danone to highly strategic firms like EDF, Areva, Thales, Safran, Airbus, Air France or the SNCF railway network.

And while the French government does not have a direct stakeholding in Dassault, the makers of the Rafale and Mirage jets, it has a 9.9 % stake in Airbus (with a golden bullet to block sales and takeovers), which, in turn, has an 11% stake in Dassault.

Most large companies like Alsthom, Areva, EDF or Engie are led by highly skilled bureaucrats who move with ease and agility between private and public sector companies and senior cabinet appointments while freely showing their political colours. Unlike Indian bureaucrats who are notionally expected to be neutral and devoid of all political affiliations, French bureaucrats are not bound by so-called neutrality clauses.

Also Read: How France Wiped Out Tax Debt of an Indian Industrialist Associated with Dassault

Even in lean years when the French economy has done badly, the armaments industry has regularly turned a profit. In 2018, the French military-industrial complex was made up of ten large arms manufacturing conglomerates with 4000 small and medium-sized partners, 350 of which are considered strategic.

This grouping of the industry employs over 200,000 people with the southeast of the country accounting for 20% of the production followed by the Paris region and Brittany. Airbus and its defence arm EADS (European Aeronautic Defence and Space Company) have now merged to form the Airbus Group.

This strategic independence has resulted in groups like Nexter, Panhard Defence (now part of Renault’s military vehicles division) known as Arquus, Safran, Dassault, Airbus Group, Thales, Sagem, the Naval Group, MBDA (missiles). The Direction General of Armaments (DGA) oversees all their defence activities. The men (and it is almost exclusively a men’s club) occupying senior positions in this complex web of ties move effortlessly both laterally and vertically between PSUs and defence undertakings generally described as “strategic” where the state reserves the right to intervene.

In an article published on September 26, 2016, the daily Le Parisien gives some interesting details of the close relations that bind bureaucrats and ministers in the public and private sectors, who, for the most part have been culled from the same elite institutions including engineering schools like the highly selective Ecole des Mines or the Polytechnique.

“The scene takes place on a government aircraft between Paris and New Delhi. A silhouette walks down the central aisle. “Louis, the boss wants you!” The diplomatic adviser to the defence minister drops everything to rush to the side of Jean-Yves Le Drian. Louis Vassy has the air of a nerdy schoolboy always at the top of his class. A pure product of French meritocracy (Sciences-Po, Ecole Normale Supérieure, ENA – France’s top schools that have produced Presidents, Prime Ministers, Ministers and senior administrators), the 36-year-old Vassey is one of the key players in what the minister calls Team France, a cell of negotiators working relentlessly since 2012 to boost French armaments exports. They have successfully fulfilled their mission: 70 billion Euros worth of sales in the four years since Hollande became President in 2012 – a historic record….”

Le Parisien goes on to describe the well-oiled machine that worked under Le Drian. His head of cabinet Cedric Lewandowski, another product of Sciences-Po, was the orchestra conductor. At the time he also headed Comed, the ministerial committee for defence exports.

After Le Drian quit defence to move to foreign affairs following the election of President Macron in 2017, Lewandowski returned to his former employer, the electricity giant EDF where he serves on the Board and is Executive Director, Strategy, innovation and CSR.

Other members of the team include two relative younglings, Geoffrey Bouquot and Louis Vassey, still in their thirties. Bouquot is now Vice President, Strategy, at Valeo, the world’s largest automotive producer. Vassey has been named Ambassador to Oman.

Another handpicked Le Drian adviser, Jean-Claude Mallet whose family once owned the private bank Neuflize Schlumberger Mallet (now part of ABN Amro) has the distinction of being one of the authors of the 2013 French White Paper on Defence. He is a literature major and a specialist on the novels of Gustave Flaubert, Madame Bovary and A Sentimental Education.

Worries about the Rafale

The Rafale is not a new aircraft. Literally meaning a “gust of wind” or a “burst of gunfire”, the twin-engine, canard delta wing, multi-role aircraft had its maiden flight in 1986. However, the first foreign sale of 24 Rafale jets to Egypt was signed only in February 2015, just a couple of months before PM Modi announced the purchase of 36 Rafales by India and only 15 days before a Qatari order for 24 aircraft. By then the French were desperate for a sale. 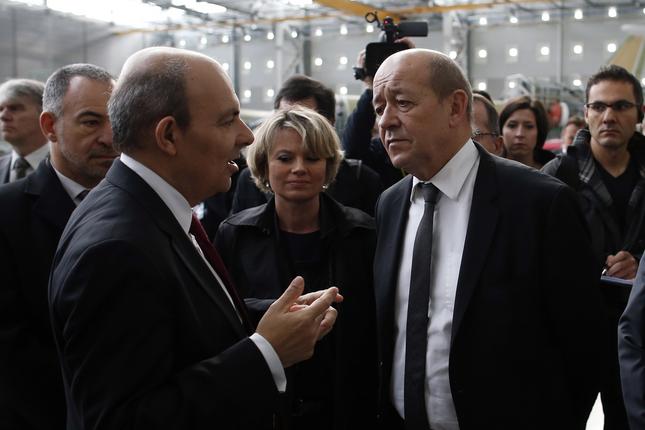 The 2013 White Paper on Defence (of which Mallet was one of the authors) warned that unless foreign sales of the aircraft came through, the French military’s Rafale programme could be in jeopardy. In 2013 Dassault reduced the number of Rafale jets it supplied to just 11 per year, from the 26 it had previously provided. One of the reasons France started its bombing campaign of Libya in 2011 under President Nicolas Sarkozy and in Mali and Iraq under President Hollande was to prove the combat capabilities of the Rafale.

However, Dassault had to wait a further two years, after Le Drian was named defence minister to effect its first sale.

The minister, who knew his defence dossiers backwards, was also adept at knitting together a team that had administrative experience and a thorough knowledge of the military-industrial complex. It is a generally acknowledged fact in France that it was Le Drian’s efforts that led to three very quick Rafale sales, assuring the aircraft’s future and Dassault Aviation’s continued good fortune.

One of his advisers famously remarked: “We are not in the business of selling nappies. We had better be good at what we do.” 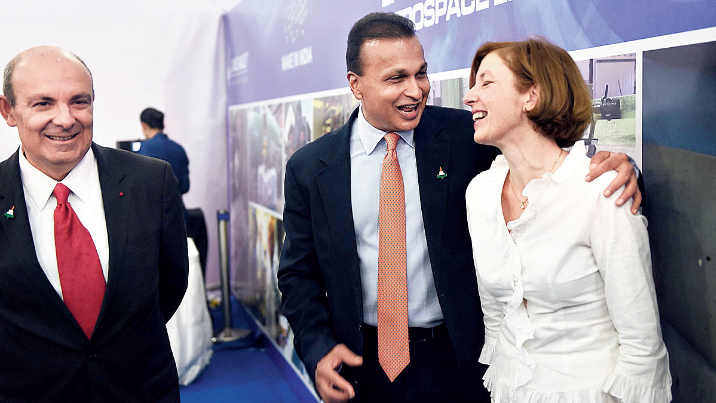 However, the super minister is no longer at the helm of defence. Emmanuel Macron, elected president in May 2017, saw in him a dangerous adversary from the Left of the political spectrum. The minister had become too powerful and he was eased out of defence and sent to foreign affairs, generally considered to be a preserve of the president.

Macros named Florence Parly, another product of the French National School of Administration and Sciences-Po, to take the defence portfolio. A socialist, she has done stints as the number 2 in Air France and the French national railway network the SNCF.

That’s how the French do business.