As the spotlight falls on defence contracts that involve aircraft parts made by Ukrainian firms Antonov and Motor Sich, a recent report in Le Monde talks about their links to Reliance Defence – charges that the Anil Ambani firm has stoutly denied. 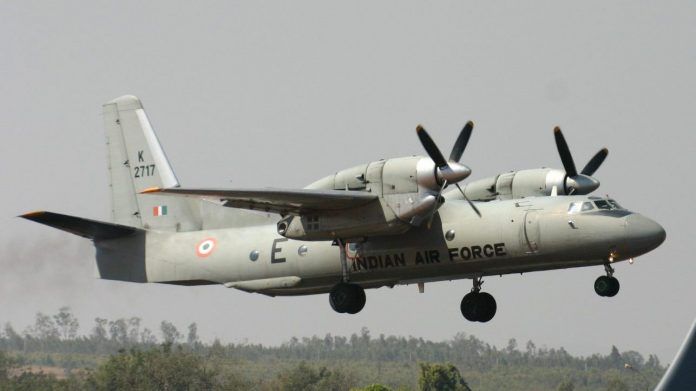 As one of the world’s foremost manufacturers of helicopter and airplane engines, its strategic importance to countries like the United States, Russia, China and India is inescapable.

The aerospace company’s recent plans to sell a majority stake to Chinese investors has sparked controversy and drawn the ire of everyone from Ukraine’s courts and its intelligence agencies, to the Trump administration.

In July 2019, the Security Service of Ukraine opened a probe into Motor Sich over its links to certain Russian actors. The agency alleged that some of the company’s executives, particularly those in charge of one of its factories in war-torn Donbas, had “financed terrorism” by making illegal payments to Russian-backed forces there.

“The plant also provided its commodities for free to the so-called Donetsk People’s Republic, which were later used to finance the insurgents,” alleged the SBU, referring to the unrecognised pseudo-state proclaimed by pro-Russia militants.

In response, Motor Sich has stoutly denied the accusations.

Closer home, the company caused a bit of a security flutter in Gujarat six months ago.

On May 10, 2019, at 3:15 pm, an unidentified Antonov AN-12 aircraft crossed into Indian airspace in the North Gujarat Sector in an unauthorised route.

“Since ATS routes in the area were closed due to the current geopolitical situation, and the aircraft entered Indian airspace from an unscheduled point, the Air Defence interceptor on operational readiness was scrambled,” a defence ministry statement later said.

The reference to “geopolitical situation” was to the tensions between India and Pakistan following the Pulwama attack on February 14.

It was only after the fighter jets challenged it with “offensive postures” that the aircraft identified itself as a “non-scheduled flight” originating from Tbilisi, Georgia and en route to New Delhi via Karachi.

The aircraft was forced to land at Jaipur airport where it was checked by law enforcement.

At the time, news agency ANI also put out a video showing the forced landing:

While the official defence ministry statement over the incident ends with the fact that the aircraft was shadowed and forced to land for “necessary investigation”, a news report put out later by the Press Trust of India (PTI) quotes a Jaipur police officer as saying that “nothing suspicious” was found in the investigation and that it was let go shortly thereafter.

While most news reports identified the plane as a “Georgian aircraft”, The Times of India did confirm that the AN-12 aircraft was flying cargo for an “aircraft engine-manufacturing company called Motor Sich”.

What was the plane carrying for Motor Sich? And why did it take an unauthorised route at a time when India-Pakistan tensions were running high?

It’s unclear, largely because the defence ministry’s statement also fails to provide a proper conclusion to the incident.

In the last year, a harsh spotlight has fallen on a November 2014 contract that India’s defence ministry signed with Spetstechnoexport, Ukraine’s primary state-run military exporter, for the supply of An-32 aircraft spares to Hindustan Aeronautics Ltd.

The An-32 aircraft is manufactured by a Ukranian state-run company called Antonov — many of its planes use engines that are made by Motor Sich.

In May 2018, the Indian Express broke the story that Ukraine’s investigative authorities were probing supposed kick-backs to the tune of $2.6 million in the 2014 An-32 spares contract.

The specific allegation made was that months after the Indian deal was sealed, Spetstechnoexport officials signed a dodgy contract worth $2.6 million with a no-name Dubai-based company called Global Marketing SP Ltd. The terms of this contract specifically stated that Global Marketing SP would provide services that would help the Ukranians fulfill their contract with India.

Watch: Friendly Fire: Balakot’s Costs Are Clearer, But Not the Benefits

However, upon investigation, it became clear that the firm actually provided no services but was paid the $2.6 million anyway. This, it appears, sparked suspicion that the money could have been a bribe in the worst-case scenario (presumably asked for by Indian defence ministry officials) or a misappropriation of Ukrainian public funds (by Spetstechnoexport officials) in the best-case scenario.

Strangely, Kiev’s legal request for help names one Indian defence ministry official – Bharat Khera, who is currently Joint Secretary (Air/Ceremonial and Planning) – and says he and officials of the Ministry of Defence “involved in the conclusion and implementation of the [An-32 spares contract] … might be witnesses of the above circumstances,” i.e. to the circumstances that led to the involvement of Global Marketing SP Ltd.

The-then defence minister Nirmala Sitharaman denied any wrong-doing at the time and rebutted media reports about the $2.6 million payment by stating that India had signed no contract with Global Marketing SP Ltd. The Ministry of Defence said in a statement that

Over a year has passed since Ukraine’s request for assistance, with arrests being carried out over on Kiev’s side as recently as March 2019, but it is unclear if India provided the help that was required or has even started probing the matter on its own.

It is also unclear what role Antonov or Motor Sich officials played in the execution and implementation of this contract to supply An-32 spares to HAL.

For example, in an old $400-million modernisation contract that India and Ukraine signed for the former’s An-32 aircraft in 2009, Ukranian media reported how Motor Sich performed work in a separate contract worth over $100 million.

In India, Motor Sich appears to have had a business relationship with a pharma tycoon called Gautam Thadani, who has been questioned in the past by the CBI in connection with their investigation into the Tatra Truck scam.

For instance, as a recent Le Monde report notes, Motor Sich’s mailing address in India is listed as No 4, Zamrudpur Community Centre, Kailash Colony Extension. This building however allegedly belongs to a clothing exporter called ‘Influence’, which is run by people with close connections to Thadani.

Motor Sich’s other publicly listed address in India is, bizarrely, the Russian Centre for Science and Culture on Ferozeshah Road in New Delhi. Relations between Russia and Ukraine have deteriorated since 2014, after the annexure of Crimea.

When The Wire contacted Motor Sich’s India office, they said they were in the process of moving to a new address on KG Marg, New Delhi.

The Russian Embassy in New Delhi, in response to questions sent by The Wire, also noted that Motor Sich no longer functioned out of their cultural centre but had in the past.

Strangely enough, the report notes, the Zamrudpur Community Address that is allegedly owned by Thadani’s company and Motor Sich lists as its postal address has also in the past been leased out to an Anil Ambani firm by the name of Big Synergy Media.

When asked about this, Reliance Group officials stated that the “information is completely baseless.”

Reliance Defence also appears to have had the beginnings of a business relationship with Antonov – which makes the An-32 aircraft, the spares contract for which Ukraine is currently probing – and which also uses engines made by Motor Sich.

In 2016, it signed a strategic partnership agreement under which “Reliance Defence and Antonov will jointly bid for the medium military transport aircraft programme of the Hindustan Aeronautics Ltd . In 2018, it was reported that the Anil Ambani-owned firm had plans of starting a joint venture with Antonov to “cooperate on a dual version transport aircraft for military…use in India” but apparently the plan did not fructify.

The group’s own documentation however indicates that it had signed a strategic partnership with Antonov.

When asked about their partnership with Antonov and potential work with Motor Sich, the company denied any association with either entity.

“The reference to Reliance Defence and its relationship with Motor Sich, or existence of any company jointly with Antonov is completely baseless, devoid of any truth, and based on the figment of reporter’s imagination,” it said, adding that it had no relationship with Gautam Thadani.

Le Monde connected the IAFs interception of Motor Sich’s plane and the Ukrainian entity’s sharing of an address with a Reliance firm to suggest “the Rafale deal bounces in Ukraine”, a conclusion a senior Reliance official told The Wire was “absurd” and timed to revive the Rafale controversy at the time of Dassault’s handover to India of the first fighter aircraft. Reliance Defence is a partner of Dassault.

However, the fact remains that the Rafale deal remains mired in controversy over the many unanswered questions still in the air – with neither the CAG report nor the Supreme Court verdict helping the Modi government to close this chapter once and for all.

Here, the lack of transparency from the Modi government about its response to Ukraine’s request for assistance in probing the misappropriation of $2.6 million will strengthen public fears about the possibility of corruption in defence deals. One year on, the questions raised by Ukraine about the possible involvement of persons in India remain unanswered, and only a proper investigation can settle the matter.