The Chowkidar May Not Be A Chor

Whose wealth is he watching over, that is the question. 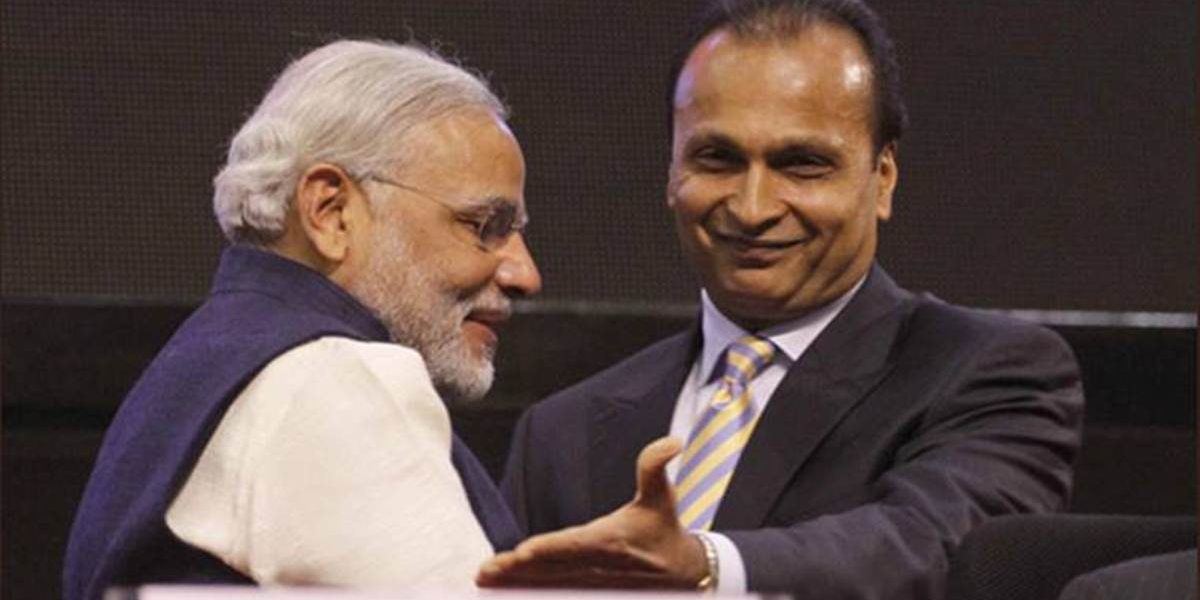 The phrase ‘Minimum Government Maximum Governance’ feels like the magical deer of today’s globalisation. Prime Minister Modi says “Our government will work like a facilitator. Its focus will be on minimum government maximum governance”. He proclaims, “I believe government has no business to do business.”

These words sound enticing. Within the depths of these words lies a frightening underworld; where business deals of the underworld unfold. Consider an example for this: there was a protest movement against the privatisation of BEML in Mysore in May 2017. BEML, under the Ministry of Defence, has units in Bangalore, KGF and Mysore in Karnataka and in Palakkad in Kerala. This business enterprise has consistently been profit making. The units of BEML hold about 4500 acres of land collectively. The market price of this would be more than lakhs of crores. It also holds the distinction of competing in the global markets and procuring orders.

It was with the ploy of handing over a public sector enterprise to a private company that the central government was in negotiations to transfer 26% of its 54% shares to a favoured businessman. When BEML workers were on sit down strikes and protest marches against the conspiracy to privatise it, I was paying attention to public opinion. “The factory must be in loss. They must be shutting down the factory. The workers are making a noise because they would lose their jobs” – this was the opinion of several people. I didn’t find a single person who thought that the workers were fighting to keep public wealth in the hands of the public. People don’t think of public wealth as their own. I think this is where the tragedy of India lies.

Ever since the beginning of liberalisation, the process of transferring public wealth into the hands of the private sector has been going on. It has multiplied manifold under Modi’s governance. Modi, without any shame, has been offering public wealth at the feet of the private companies. He has been projecting this as courage. His talk and gestures sound and look like the talk and gestures of someone who is an auctioneer. It might be good here to remember the folk idiom that says it is the fool who has the most courage. If he had been mindful of this fact, then he may have avoided being the cause of the deaths of hundreds of people due to demonetisation and unemployment. One cannot expect anything from the man who thunders so much.

In order to transfer public wealth to private companies, a ‘department of disinvestment’ was brought into being during Vajpayee’s government. In order to make the process easier, a separate Cabinet Committee on Disinvestment (CCD) was created. Later when Modi came into power in 2014, the Planning Commission was dispensed with and the NITI Aayog was brought into being. Its main work – to sell central public sector enterprises or to take back government shares in such companies. This NITI Aayog is geared up to deposit over 76 publicly owned companies at the feet of the private companies. It has hired Reliance Mutual Fund managers in order to fulfil this process of privatisation as soon as possible. Now the government has taken the very life out of its own BSNL company by strangulating it and is now making preparations to hand it over to a private company. This is the same plight that awaits the railways. There is also the fear that the jaws of privatisation will lock around not just forests but rivers too.

What do we call a son who runs his house by selling off the properties that his ancestors had built and saved with such great difficulty? We call him a prodigal spendthrift or a degenerate. Similarly what should we call the one who runs the country by selling off what our ancestors have protected up until now?

But the Prime Minister does not think of himself as a degenerate or a prodigal spendthrift. He thinks of selling the country’s wealth as a beautiful dream. This is what he understands as minimum government maximum governance. Democratic government is definitely becoming a minimum. But the governance of corporatocracy is becoming maximum. 70% of the country’s wealth is in the hands of 1% of the people. As a result of this, the Election Commission, courts, media etc – in fact all the sectors – are losing their real character, their autonomy. If this is the case, will the election process be just? And democracy?

When this is so, the prime minister of a minimum democratic government is calling himself a chowkidar with pride. Rahul Gandhi says the ‘chowkidar is a  chor’. The chowkidar may not be a chor. He could be the real chowkidar too. But for whom? What if a democratic prime minister becomes the chowkidar of corporatocracy? What if a visionless, prodigal landowner sells off his property for the maintenance of his family to a rich person and ends up becoming the chowkidar of the rich person’s house? That watchman, in order to keep his job, will have to become complicit in all the master’s underworld dealings. Is there a difference between that chowkidar and this chowkidar? It is deeply troubling to imagine the prime minister of a democracy becoming a chowkidar keeping watch over the wealth of a corporatocracy.

First published in Prajavani on April 16, 2019. Translated from Kannada into English by Rashmi Munikempanna.

Devanoora Mahadeva is a Kannada writer who has been conferred with both the Padma Shri as well as the Sahitya Academy award. He returned both in protest against the growing intolerance in the country. A public intellectual and Dalit activist he has been a guiding force for various social movements within the State and the country.