The need of the hour is to deal with a form of cronyism that renders all well-intentioned reforms in the banking system inadequate. 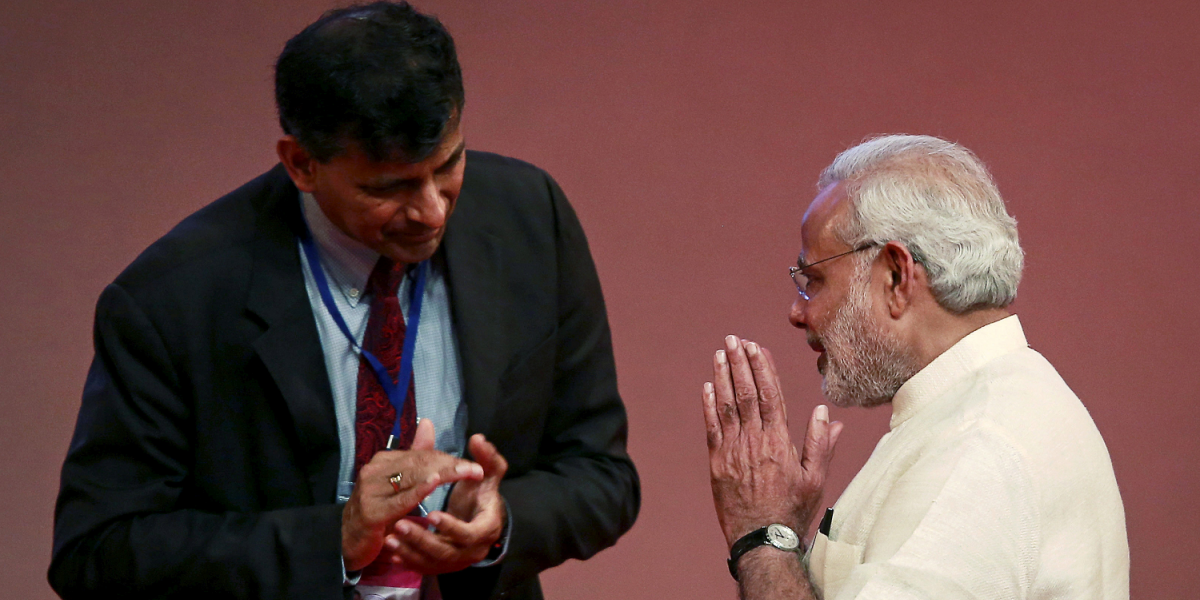 Why hasn't there been a coordinated investigation into over-invoicing of imports by major power companies? Credit: Reuters

Former RBI governor Raghuram Rajan’s 17-page note to the estimates committee of parliament headed by Murli Manohar Joshi is being described as fair and balanced by both the BJP and Congress.

The BJP is thrilled that the report says the bulk of the loans which have gone bad were given by banks during the UPA period. The Congress is equally chuffed over other parts of the report which say that Rajan, as RBI governor, wrote to the Prime Minister’s Office (PMO) and gave a list of projects run by prominent promoters which required coordinated investigation as they were suspected to have committed fraud.

It appears more than likely that this list was handed over during the current NDA-II tenure and that powerful promoters are named, including a diamond merchant who has since taken citizenship in a Caribbean island nation.

Rajan lays particular emphasis on “unscrupulous promoters” who habitually “over-invoice imports” and illegally divert bank loan funds out of the country. The former central bank governor further says he is not aware of the progress with regard to the coordinated investigation that he had sought from the PMO. Rajan’s contention was if the government did not make examples of a few of these unscrupulous promoters, the banking system would continue to be plagued by problems for many years to come.

So, even if the loans were given during the UPA-I and UPA-II administrations, the question the opposition is asking is what Prime Minister Narendra Modi has done about these unscrupulous promoters who are still roaming free and currently using the higher judiciary to stall the operation of the Insolvency and Bankruptcy Code.

It is interesting to note that so far the IBC, touted as the biggest reform by the NDA-II, has only helped in dealing with the bankruptcy of some of the relatively smaller companies.

If anything, these promoters had even convinced the government that a separate asset management company (AMC), loosely described as a ‘bad bank’, should deal with the power sector NPAs. Top power ministry officials have even suggested that these companies may be exempted from the RBI circular of February 12 , 2018 which mandates that they have to go into bankruptcy proceedings after October 1.

Indeed, there was undue haste shown in the setting up of the AMC – the committee which gave the recommendations did so within the span of two weeks. All this was done ostensibly to prevent big power projects, some of which are being investigated by the finance ministry for illegal over-invoicing of imports to the tune of Rs 50,000 crore, from being exposed in the bankruptcy courts, which is where the ugly underbelly of the power sector would be revealed to the world. This is the real issue at stake.

Raghuram Rajan clearly warns in his note to Murli Manohar Joshi that the big promoters have succeeded in gaming the legal system in the past. The former central bank governor says they gamed the Debt Recovery Tribunals and the Securitisation and Reconstruction of Financial Assets & Enforcement of Securities Interest Act 2002 (SARFAESI Act). Significantly, he warns that even the SARFAESI Act and the Debt Recovery Tribunals were initially hailed as success stories but later it was realised only 13% was recovered from over Rs 2,50,000 crore worth of bad loans referred to them. Rajan suggests there is reason to believe that the IBC may go the same way, with the politically powerful promoters gaming it like they did earlier.

Indeed, the Modi government will have to answer why no coordinated investigations by multiple agencies are being conducted against promoters who have been found to have over-invoiced imports and taken money out of the country on a massive scale. Regime after regime has seen that the politically powerful promoters continue to game the system and they account for nearly a third of the total NPAs of Rs 10 lakh crore in the banking system today.

In my view, this is the biggest takeaway from Rajan’s presentation. Not only Rajan, but even India’s former chief economic adviser, Arvind Subramanian, told Murli Manohar Joshi that there is possible criminality in the way bank funds have been used in many of the big promoter-led projects and he even emphasised that the idea of a bad bank, which has worked in other countries, is not suited for India, where there is too much “stigmatised capital”. In a way, stigmatised capital tends to spread like a bad virus across all institutions.

The estimates committee is likely to focus its attention on how to deal with the cronyism in the system which renders all well intentioned reforms in the banking system inadequate.

The RBI in recent months has stood its ground and not compromised on its February 1 circular, forcing all defaulting companies, even the most politically powerful ones, to go into bankruptcy proceedings. Joshi will do well to recommend that the bankruptcy court infrastructure, both in terms of the number of courts and the quality of human resource, be strengthened enough to deal with the massive rush of cases. One way the administration colludes with the crony capitalists is by not providing enough judicial infrastructure which creates the conditions required for unscrupulous promoters to escape.

As chairman, Joshi must also persuade the parliamentary committee to recommend that the probe already being conducted by one investigative arm of the finance ministry into the large scale over-invoicing of power sector imports be brought under a multi-agency framework and under Supreme Court’s monitoring. Nearly a third of the total NPAs could have some link to fraudulent conduct by promoters.

The PMO will also be watched closely for what it does in terms of a coordinated probe of over invoicing of imports by unscrupulous promoters who have defaulted on big loan repayments. Recently the finance ministry had assured the Delhi High Court that its investigative arms had sent letters rogatory to countries like UAE and Singapore from where power projects imports were over-invoiced to the tune of 200%-plus.

It remains to be seen whether the Modi government is able to proceed against these big corporate houses who may also be the biggest buyers of the anonymous electoral bonds in the forthcoming general elections.