An official inquiry commission found that the firm owned by Bharti and Del Monte violated the lease agreement. No action was taken on the report recommending an immediate cancellation of the lease. 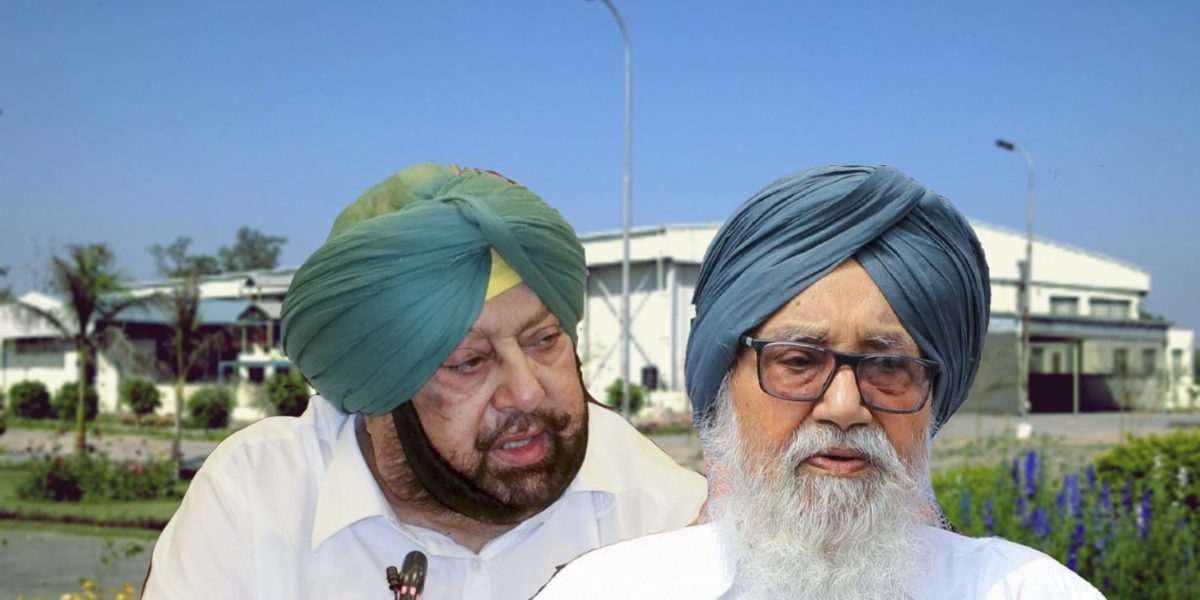 Amarinder Singh and Parkash Singh Badal with the Agriculture Centre for Excellence in the background. Illustration: The Wire 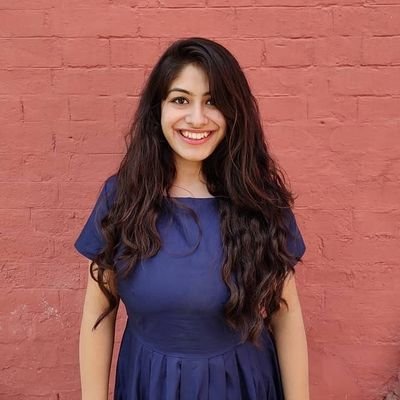 Ludhiana: The Punjab government continued to lease 300 acres of prime land to a firm owned by top multinational companies Bharti Enterprises and food giant Del Monte Pacific at a dirt-cheap price for more than 15 years despite violations of the lease agreement and red flags from auditors, an official inquiry commission has found.

The state government led by Amarinder Singh leased the land in Ludhiana to FieldFresh Fruits Private Limited in 2005 expecting the firm to train farmers in the “state-of-the-art” agriculture research centre and a model farm” it will build to export produce from Indian farmers. The land, whose current market value could be anywhere between Rs 600 crore and Rs 1,000 crore, was leased for 33 years at Rs 6 lakh annually with a 5% increase in the rent every four years.

The Punjab State Farmers and Farm Workers Commission, set up in 2017 and tasked to inquire into land-use of plots allocated and leased, found the company faltered on the primary objectives of the lease – farmers’ welfare – and violated the agreement. Over the years farming dwindled, infrastructure on the land collapsed, farmers in surrounding villages were not trained and job opportunities for agricultural labourers went down, says the report, which The Reporters’ Collective accessed.

The state’s watchdogs too had warned, twice, then Amarinder Singh government of revenue loss from the land earmarked for a private firm for the first time by Punjab Land Development and Reclamation Corporation. The corporation has leased more than 2,000 acres to universities and government agencies for promotion of agriculture.

According to the inquiry commission report, the state’s accountant general had pointed out in the financial years 2006-07 and 2007-08 the lease had caused a revenue loss of Rs 52 lakh and Rs 72 lakh to the government. The state’s Public Undertakings Committee, which examines the finances of corporations funded through Punjab’s consolidated fund, too red-flagged in its 2010-2011 report that the lease agreement was not viable and caused revenue loss to the government since the beginning.

But none of the successive governments took any action. While the Congress was in power at the time the land was leased, it was succeeded by the Shiromani Akali Dal (SAD)-Bharatiya Janata Party (BJP) coalition in 2007 for two successive terms. The Congress returned to power – again under Amarinder Singh – in 2017.

Going by the accountant general’s findings in 2007-08, the lease deed would have caused a potential loss of at least Rs 10 crore to the government exchequer in 15 years. At the current price of land, the loss would be much higher.

In its report submitted to Amarinder Singh’s government in June 2020, the commission recommended immediate termination of the lease. Any delay on the part of the government to terminate the lease will “create a charge and liability of giving undue favours,” said the report.

In response to The Reporters’ Collective’s queries, Bharti Enterprises replied that “it has complied with the terms of the lease agreement, empowered local farmers and enhanced their incomes; uplifted local community members, especially women and children.”

Bharti Enterprises, the parent company of Airtel, set up FreshFruits in a $50 million joint venture with El Rothschild Holdings Limited. In 2006, then prime minister Manmohan Singh inaugurated the FieldFresh Agriculture Centre of Excellence in Ludhiana’s Ladhowal. 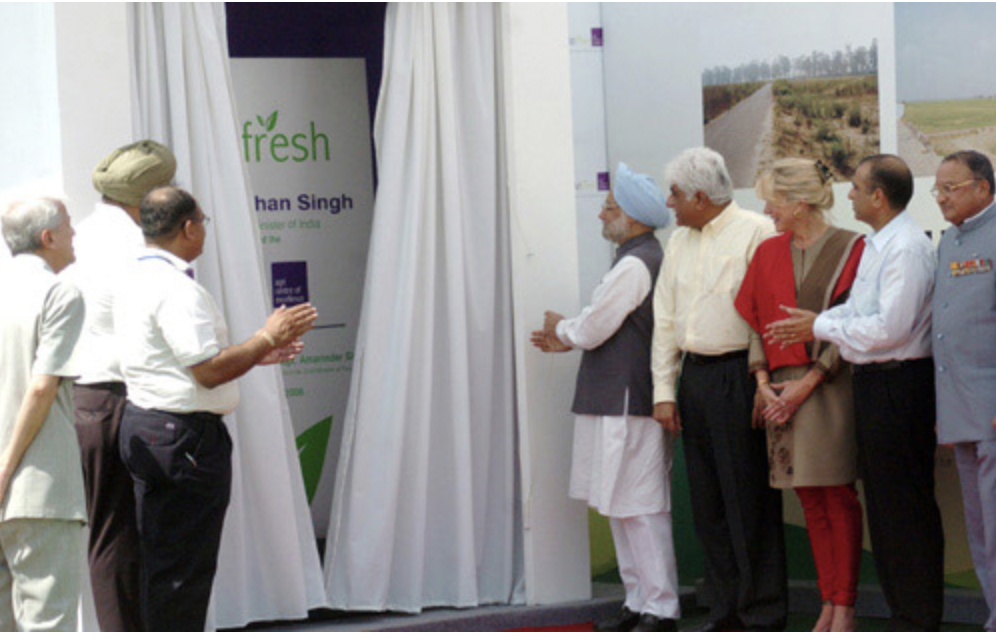 According to the Commission’s report, in 2005, the government initially leased the land to FieldFresh for four years at Rs 2,000 per acre annually. In 2006, the lease was extended for 33 years. Within a year, Rothschild sold 40% of the FieldFresh venture to Del Monte Pacific at $20.8 million, keeping a minority share of 10% for itself. With a 50% stake, Bharti Enterprises became the majority shareholder.

Currently, FieldFresh is making losses but in the last financial year, there has been a decline in its losses. In FY 2020, the loss after tax was around Rs 39 crore while in FY 2021 the losses were reduced to Rs 19 crore after tax.

Bharti Enterprises did not respond to the question of whether the control of 300 acres in Ludhiana influenced the valuation during the deal with Del Monte Pacific, which owns the Del Monte trademark in India and the Philippines. It was expected to bring food packaging and distribution competence to FieldFresh.

The present lease expired on March 31, 2020, and it has not been renewed since, according to the Commission’s report submitted to the Punjab government on June 20, 2020. Yet the lease agreement has not been terminated and the land is still in FieldFresh’s possession.

Just weeks before his resignation as chief minister on September 18, Amarinder Singh returned the file to the Agriculture and the Farmer Welfare department without taking a decision, said an official from the department. Singh did not respond to the queries by The Reporters’ Collective.

The officials in the Punjab Agriculture and Farmer Welfare Department told The Reporters’ Collective on condition of anonymity that a show-cause notice has been issued to FieldFresh.

Failed to meet the objectives of allocation

According to the commission’s report, the land was allotted to FieldFresh in 2005 ‘on their own request’. The land was to be used for processing, storage, marketing, research in agriculture and horticulture. Besides, FieldFresh was supposed to train farmers, according to the agreement.

However, the commission found that over the years, horticulture farming and infrastructure on the land had “collapsed”. Of the 42 structures such as polyhouses and net houses counted in 2007, only eight were in working condition during an inspection in 2019, according to the commission’s report. In 12 years, physical infrastructure initially spread over 42 acres shrunk to 7.5 acres.

The commission found FieldFresh was working less than 200 acres producing mustard, snow peas and baby corn that were not profitable in Punjab, accounting for just 10% of the company’s crop production. The remaining 90% came from outside the 300 acres through contract farming with 100 farmers in 60 villages. Neither did it hold training camps or farm extensions in the villages.

From 2014 to 2019, FieldFresh exported more than 5,000 tonnes of agricultural produce. In its statement, Bharti Enterprises said, “the company was the first to export of fresh baby corn from India and contributes to around 40% of the total export of baby corn from India and to around 90% out of Punjab.” Though the company kept its business going over the years through contract farming, it did not meet the objectives of training and demonstration to farmers, which reduced over the years to zilch.

At present, the firm has just 13 permanent employees and another 35 on contract. Over the years, the seasonal employment provided by FieldFresh to agricultural labourers has also gone down.

While Bharti Enterprises in its statement said it “has generated employment at scale amongst local communities,” whereas according to the data collected by the commission, there has been over a 30 % reduction in workdays between 2014-2015 and 2018-2019.

It has resulted in distress among the villagers who have no other work opportunities besides agriculture labour. Agricultural labourers from nearby villages told The Reporters’ Collective how over time FieldFresh, which is locally known as the ‘Airtel plant’, stopped giving them work, leaving them unemployed.

Gurmeet Kaur, 55, said, “I worked at the ‘Airtel plant’ for over 10 years. When it started, they paid us Rs 120 per day eventually which increased to Rs 275. Now they rarely call us for work as the cultivation by them has substantially reduced.”

Rani, 35, who worked for five years on the land, said, “There is no work at ‘Airtel plant’ anymore. A couple of years ago hundreds of people were employed by ‘Airtel’. Apart from nearby villages, many people used to come from other districts such as Phagwara and Jalandhar.”

Both Rani and Gurmeet Kaur belong to Bholewal Jadid village which is situated next to the plant. Rani said, “When the plant started, every household in Bholewal Jadid had at least one member who worked with ‘Airtel’ but now only just four-five people from our village are employed there.”

On top of the generous 300 acres FieldFresh received, the commission observed that it was in possession of 3 acres of excess land. It even illegally allocated a portion of the land to the Bharti Foundation to run a private school.

The school was inaugurated in 2008 by SAD stalwart Parkash Singh Badal, who was chief minister at the time. The commission noted that it was against the terms and conditions of the lease agreement. According to the agreement, FieldFresh was not allowed to erect permanent structures on the land, however, “this condition has also been violated,” said the report.

In its response, Bharti Enterprises said the school was opened for the “welfare of local communities” where free education was provided to 250 students.

After submitting the report, the commission also wrote to other departments of the Punjab government for land-related information. It asked the details of lands allocated to private bodies, either leased, sold or engaged in a Public-Private Partnership (PPP) basis to prepare a report to see if the objectives of land allotment were met or not.

However, an official in the Punjab Agriculture and Farmer Welfare Department said that no department had given the information sought by the commission.

The former chairperson of the commission Ajay Vir Jhakhar, who prepared the report, refused to speak to The Reporters’ Collective about the report, saying he has resigned from his position.

Significant investments have been made to develop agri R&D infrastructure that resulted in extensive farmer trainings, crop diversification and environment conservation. Over the last 10 years, the acreage under cultivation (leased land and contract farming) has nearly tripled and yield has increased by over 2x in absolute volume. The diversification of crops towards baby corn and chilli (owing to our R&D) has yielded higher income for farmers compared to wheat and paddy.

The facility has generated employment at scale amongst local communities. Each year, for last 10 years, over 1700 farmer families and 5000 labourers got employment opportunities. The company paid minimum wages and benefits such as ESI, EPF and bonus to all workers.

For the welfare of local communities, the company also set up the Satya Bharti School to provide free quality education, mid-days meals, uniforms, books, stationery, and other facilities to over 250 children (which includes children of farmers working on the facility).

The company has complied with the terms of the Lease Agreement, empowered local farmers and enhanced their incomes; uplifted local community members, especially women and children.

Srishti Jaswal is an independent journalist and a member of The Reporters’ Collective.