At NHPC, Board-Level Dissent Over Northeast Project May Have Caused Ripples

Two board members of the state-run hydropower producer objected last year to a Mumbai-based construction firm getting a major work contract. 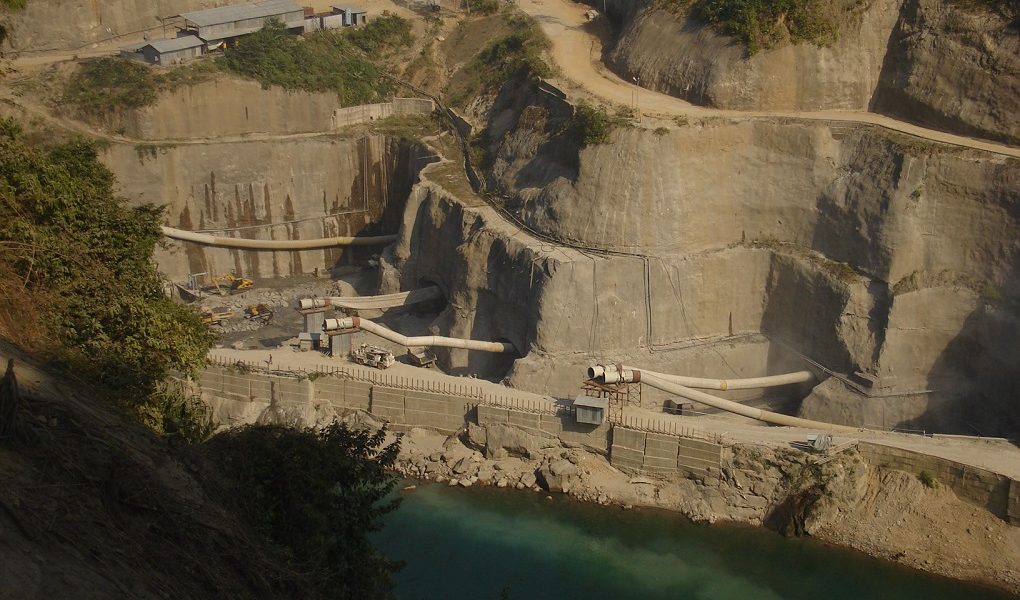 New Delhi: Two board members of the state-run hydropower producer NHPC Ltd raised questions last year over a Mumbai-based construction firm, whose promoters are from Gujarat, bagging a major work contract in a 2000 MW hydel project in the Northeast.

The controversy, sources say, has escalated to the very top echelons of the government, possibly resulting in a delay in giving final vigilance clearance to Abhay Singh, the chairman and managing director (CMD) of NHPC, a little over year and a half after he was appointed to the public sector unit (PSU).

A seemingly innocuous construction contract for work on a hydroelectric project in the Northeast sparked friction within the board of directors of NHPC Ltd in late 2020, according to company documents reviewed by The Wire.

In particular, two NHPC directors raised concerns about the company that won the bid – particularly on grounds of its past performance and whether one instance of previous debarment in a different state should disqualify it from winning.

One of the directors even accused the hydropower PSU of allegedly favouring the firm in some matters, a charge that that Singh dismissed as being without substance.

The contract was eventually awarded to the company in question, with NHPC’s CMD and the rest of the board overruling the dissent.

However, records of board’s meeting minutes raise questions about the role of the power ministry in overseeing this move.

In particular, The Wire has learnt the power ministry’s representative on the board did not give an opinion on whether the final awarding of the contract was appropriate, even though the board agreed that the representative’s ratification would be required in light of the issues raised.

The Wire has reached out to both NHPC and the power ministry for comment, but did not receive a response until the time of publication. Minutes of the meetings where two directors raise their objections. Photo: The Wire

In early 2020, NHPC invited bids for construction of balance civil works in the Subansiri lower hydroelectric project in Assam and Arunachal Pradesh (referred to as ‘Lot SSL-6).

After a tender process, the PSU had to choose between two final bidders: an infrastructure and construction services company called Patel Engineering Ltd and Larsen and Toubro (L&T). The tender evaluation committee chose the former, whose winning bid was Rs 1,564 crore.

However, during this time, L&T submitted a complaint, alleging that the Mumbai company’s past track record should disqualify it from the process.

While complaints during any government bidding process are usually a run-of-the-mill affair, when the matter was discussed during NHPC board meetings in August 2020, it sparked tension.

The minutes of the meetings show that NHPC’s director (finance) M.K. Mittal argued that the winning bidder’s past performance and debarment by the Jharkhand state government should have disqualified it. And, equally importantly, that L&T’s charge that the company allegedly misrepresented facts should have been subjected to an inquiry by the PSU’s central vigilance officer.

At one point, in a meeting, the minutes show, Mittal even alleged that undue favour had been shown to the winning bidder in other cases, but the CMD did not allow him to “speak further in the matter”. This allegation was countered by the CMD as not being “substantiated” and best addressed through a separate agenda note to the board.

At least one other director also dissented and appeared to lend weight to Mittal’s concerns, with NHPC’s director (personnel) saying that the decision to award the contract could be taken during a board meeting when the government’s nominee director (joint secretary-hydro Tanmay Kumar in the power ministry) was in place.

Another independent director, J.K. Mohapatra, appears to have agreed with this, noting that work could be awarded subject to ratification by the government’s nominee director – a development that was recorded at the end of the board meeting.

However, records of board meeting minutes show that this ratification never took place, because Joint Secretary Tanmay Kumar had “no comments” on the decision.

For instance, one meeting in August 2020 refers to the decision to award the Subansiri contract to Patel Engineering as needing ratification from Kumar, but that he was not able to attend the meeting due to his health condition. Nevertheless, Kumar allegedly said that he had “no comments” on the matter and that a decision could be taken by the board.

When quibbles broke out, led by Mittal and the director (personnel), over whether Kumar’s ratification would be needed in writing, NHPC’s CMD argued that Kumar’s statement that he had “no comments” on the matter could be taken as ratification.

A later record of board minute meetings shows that Mittal agreed that the minutes could be “considered final” if nothing in writing had been sent by Kumar to the board.