Modi 2.0 Must Get Cracking on Jump-Starting India’s Economy

The prime minister and his new team must avoid interpreting the results as an endorsement of the state of the economy – and instead get to work fixing the potholes that prevent 8%-plus GDP growth. 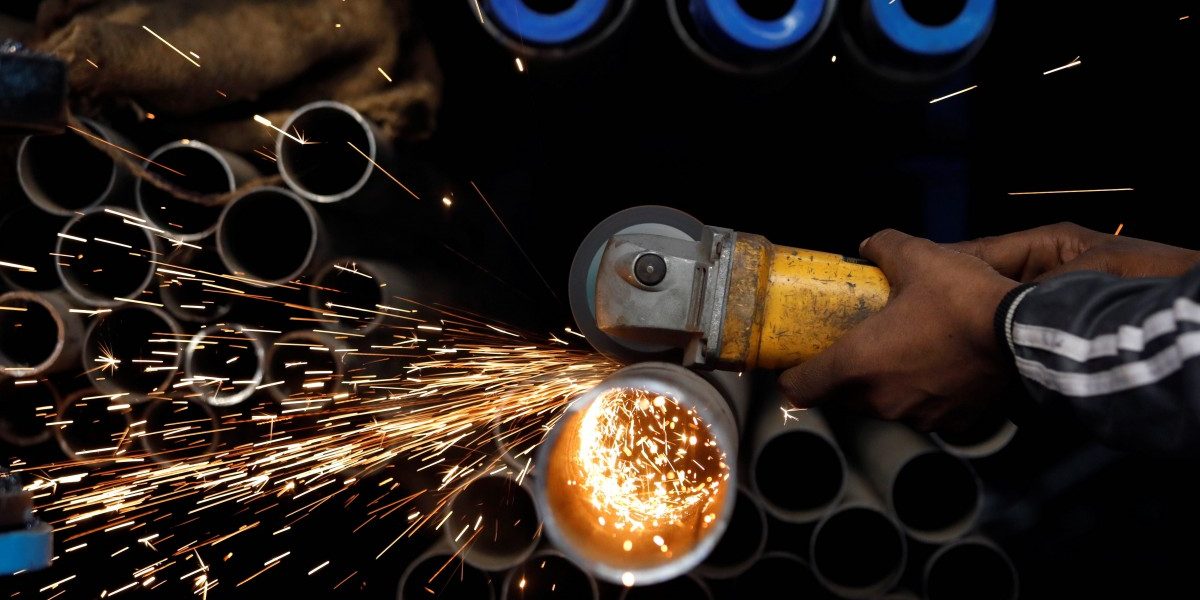 A worker cuts a metal pipe at a workshop in an industrial area in the old quarters of Delhi, India, December 12, 2018. Credit: Reuters/Anushree Fadnavis

The new government’s immediate priority will be to examine why gross domestic product (GDP) growth has declined so rapidly from 8.2% in April-June 2018 to the 6.2% in April-June 2019 that has been forecast by research analysts in banks and credit rating agencies.

In recent years, one has not witnessed a two percentage point decline in GDP within the span of a few quarters. So what is really going on?

After weathering the twin shocks of demonetisation and a messy implementation of the Goods and Services Tax through 2017-18, economists had heaved a sigh of relief when there was some consumption-led bounce-back in April-June 2018, when GDP grew at 8.2%.

Most economic analysts had at that time expressed optimism that the adverse effects of demonetisation and GST had melted away and that this was definitely a sustained recovery in a pre-election year. However within six months, growth started slowing sharply.

In January-March 2019 – even though election spending was at its peak, with money being thrown about by political parties which could afford it – consumption in the economy was tanking. Bellwether sectors like two-wheeler companies showed a 20% to 40% decline in sales in March 2019.

Even non-discretionary consumption, typically reflected in the sales of companies like Hindustan Unilever or Patanjali, was flat. Maruti Suzuki cut its production by about 38% in three months starting February 2019. Air passenger traffic was recorded at a five-year low.

Also read: How the BJP’s Political Narrative Filled the Holes in the NDA’s Actual Performance

The most worrisome aspect of this likely two percentage points drop in the GDP growth within three quarters is that it is led by a consumption slowdown. The first term of the Modi-led BJP government saw major disruptions, like demonetisation and GST, which made businesses wary of investing before things were normal.

The last five years therefore saw no real pick-up in private investment, which is reflected in the macro data in the unmistakable fall in investment-to-GDP ratio. The only engine which kept the growth ticking was consumption. Now, even consumption is slowing sharply. And worse, this came at a time when all economic decision-making has come to a standstill for two months during which even government-led public investments have slowed.

NITI Aayog CEO Amitabh Kant spoke strongly about how long-drawn-out elections break the economy’s rhythm during the recent release of a book on governance authored by former cabinet secretary B.K.Chaturvedi. “[In the past two months] the government has had to seek the Election Commission’s permission even for putting out a tender for public works. For all these weeks Election Commission is virtually the incharge of everything. We can’t do anything without their permission. This is not good for the economy,” Kant said. So, the new government will have to first restore the normal rhythm of the economy. After that, it will have to address the investment and consumption slowdown in the Budget. The agriculture sector too continues to perform below par and the risk of a less-than-adequate monsoon stares at the policymakers.

Another worry on the macro front is the rapid fall seen in the household financial savings in recent years. India’s economy cannot grow unless there is sustained increase in domestic savings. Excessive dependence on foreign savings is not an option. Household financial savings have fallen by about six to seven percentage points of GDP. It used to be 23% of GDP in 2011-12 and has fallen to about 16% of GDP in 2017-18.

Economists are still trying to figure what is going on. One speculation is that the incomes of people have declined, so they are drawing down on their financial savings to meet consumption requirements. The bulk of the fall in financial savings is witnessed in physical savings, mostly real estate. It is possible that people are taking loans against their real estate for consumption purposes, thereby reducing their net savings.

Also read: Five Things the Second Modi Government Can Do to Fix the Economy

The other big challenge for the new Modi government will be dealing with the residual impact of the twin balance sheet problem, which still affects the big infrastructure companies and the huge debt they owe banks. Delayed loan repayments to banks in sectors such as power, roads, telecom, aviation etc. might total over Rs 3 lakh crore and much of these are not being referred to the bankruptcy courts, instead being settled between banks and companies. This will take a long time to play out and consequently, banks are lending in a very muted manner.

Meanwhile a new crisis in the non-banking financial company (NBFC) sector has developed, which is merely a reflection of the earlier crises in the banking sector. NBFCs have a massive exposure to the real estate sector which is far from showing any signs of recovery. The government will have to bring out a focused package to kick-start real estate and housing which provides a big chunk of employment.

There are many challenges ahead for Prime Minister Narendra Modi, who has won a massive mandate even though the economy was weak, with employment growth at a multi-decade low.

The one thing Modi and his new team must totally avoid is to interpret the results as an endorsement of the state of the economy – the results have come despite a sputtering economy.

People may have voted in expectation of a more universal coverage of welfare schemes. But for that to happen, the economy must come back to a normal and sustained growth of 8%-plus, so that enough taxes are collected to fund large welfare schemes.