How Strong is the Economic Rationale Behind Scrapping Article 35A?

It’s difficult to pinpoint whether the Article 35A land lease restrictions restricted greater investment – or whether it is due to a wide range of other reasons including poor infrastructure, crippling internet bans and a general lack of security and safety in the region.

In the run-up to the Narendra Modi government’s decision to formally do away with Jammu and Kashmir’s special constitutional status, former finance minister Arun Jaitley and former state finance minister Haseeb Drabu had an interesting back-and-forth over the economic effects of Article 35A of the constitution.

Their primary argument: Had the special provision helped or ruined J&K’s economy?

Jaitley’s grievances against Article 35A, which are largely from the BJP’s manifestos over the years and have been brought up by Prime Minister Narendra Modi over the last year in various media interviews, were four-fold:

1) Private investors don’t want to set up shop in J&K because they can’t buy land or property.

2) Professionals and investors don’t want to migrate or shift to the state because their children can’t get government jobs or admissions to local schools and colleges (these benefits are often cornered by the state’s ‘permanent residents’).This means that J&K suffers from a lack of skilled labour.

3) SC/ST people and women who live in J&K are given a rough deal by Article 35A and thus they don’t contribute effectively to the economy.

4) All of this has denied the state’s residents a “booming economy, economic activity and jobs” and has reduced the ability of J&K, which already does not have adequate financial resources, to attract investment.

In an article, Drabu responded to some of these arguments, and shot back a few more points for debate:

1) ‘Outside’ investors and companies have always been able to lease land from the state government for industrial development. The Tatas, ITC, the Radisson Group, and the Four Seasons have all set up hotels in J&K.

2) Central public sector enterprises (CPSEs) have deliberately chosen to invest less in J&K than any other state. In India, Drabu says, private investment has always ridden on the coattails of public investment. But not so in J&K.

3) Article 35A has been used, legally and historically, to help enact land and agriculture reforms in J&K. This has resulted in a poverty ratio that is lower than the national average, less income inequality and very few landless labourers.

4) J&K can’t attract more private and foreign investment because of the so-called “disputed” nature of the state, and not because of Article 35A or Article 370.

First, some broader context on the crisis that Jammu and Kashmir’s economy has been going through. As Drabu points out, there a number of positives: the state has a decent poverty ratio and less income inequality. On a per capita income basis, the average Kashmiri still earns significantly more than her counterpart in Hindi heartland states like Uttar Pradesh, Madhya Pradesh and Bihar.

However, there is little doubt, that J&K is in an economic rut and desperately needs to kick-start its economy.

According to the Centre for Monitoring Indian Economy (CMIE), J&K had the highest monthly average unemployment rate of 15% between January 2016 and July 2019 – more than double the national average of 6.4% during the same period.

The state’s own Economic Survey Report for 2016, which calculates joblessness differently, says the unemployment rate is 24.6%.

Barring one year (2015-16), J&K’s gross state domestic product at constant prices (2011-12 series) has been in the low single-digits compared to the mid-to-high single digits of other north Indian states and the country overall.

The state’s cumulative foreign direct investment (FDI) equity inflows from April 2000 to March 2019 were a paltry Rs 39 crore, according to data put out by the DIPP. To put this in context, India received over Rs 1.50 lakh crore in the same period, while other northern states like Haryana, Punjab and Himachal Pradesh put together received over Rs 11,000 crore.

The amount of investment the state has been able to attract in the last decade is summed up by one metric: In 2016-17, the gross fixed capital formation in Kashmir stood at Rs 645 crore, which is what it was back in 2006.

The problem is compounded, as Jaitley notes, by the fact that J&K hasn’t been able to step up its own public spending to counteract minimal foreign investment and lacklustre domestic private investment. The state’s budget has always pegged capital expenditure at less than 30% of overall spending, and money spent on salaries and pensions always outstrips this figure.

But the key question is: how much of this is because of Article 35A? 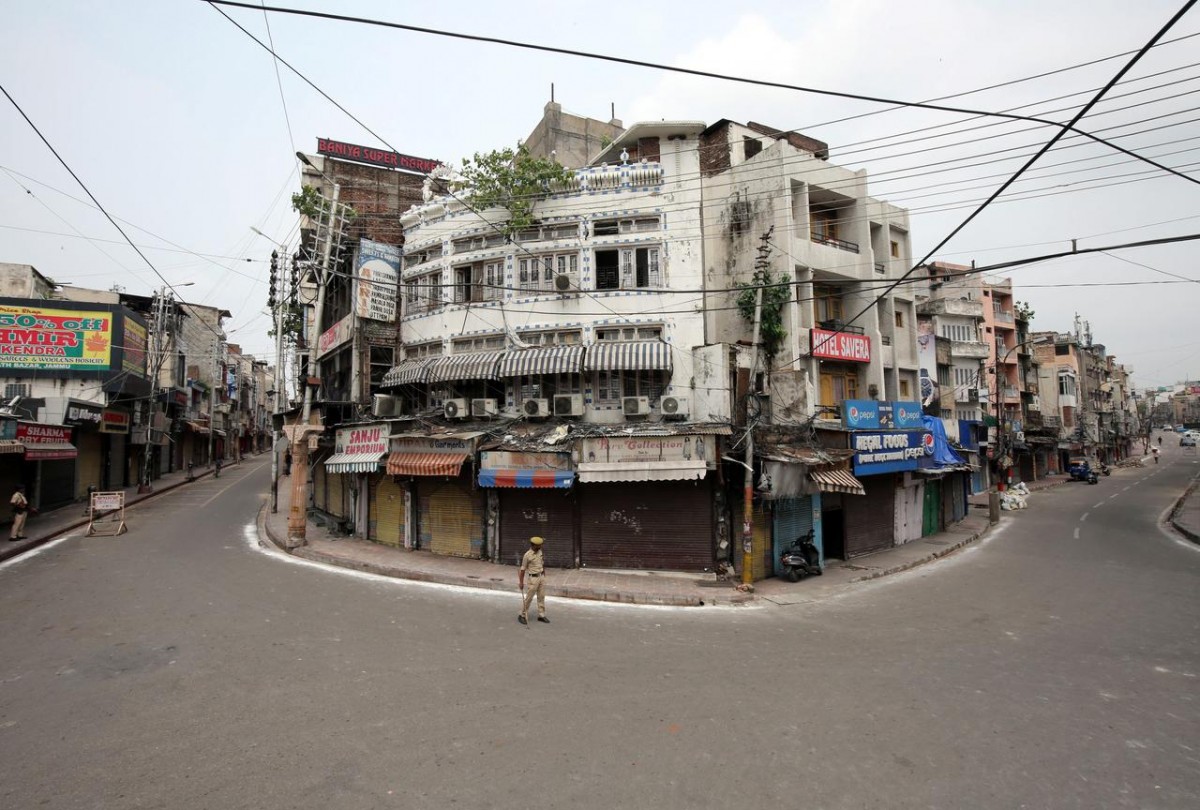 Jaitley and Drabu quibble over whether private investment has lagged because outside investors and company executives are not able to purchase land in the state.

Leaving aside the fact that it is a Dogra-era law that forms the essence of this restriction, on this point, Drabu is technically right. However, Jaitley’s overall thrust is still meaningful, even if it can’t be quantified.

For instance, the Jammu and Kashmir Land Grants Act of 1960 provided an exception for leasing of land for industrial and commercial purposes to non-state subjects or entities who are not permanent residents:

“Provided that no such land shall be granted on lease to the person, who is not a permanent residence of the state; except where the Government for the reasons to be recorded relax this restriction in the interest of industrial or commercial development…” [Emphasis added by The Wire].

The most famous example of an Indian company investing early on is the Birla Group, which set up the Chenab Textile Mill in 1963, when J&K still had its own prime minister (Bakshi Ghulam Mohammad of the J&K National Conference).

It was the state’s 2016 industrial policy however that established for the first time that an outsider can get land on lease anywhere in the state – basically outside the pre-approved industrial estates – for a period of 40 years.

What Drabu leaves out though is that it all still requires prior approval of the state government, which might not have always been forthcoming.

For instance, before the induction of the 2016 industrial policy, Jammu had 12,380 industrial units, while Kashmir had 19,960 units. Out of this, only a paltry 545 industrial units had been established by outsiders or non-state subjects – 498 in the Jammu division and 47 in the Kashmir division.

While the outside investors include big names, especially in the pharmaceutical industry, it still shows a decided skew in favour of units set up ‘state subjects’. It could be that some of the industrial units set up in the state by permanent residents were done in partnership with outside investors, but there appears to be no publicly available data that sheds light on this.

There is little doubt that some private investment – especially by smaller investors, who may not have had the pull to navigate the state government’s restrictions – has been put off by J&K’s rules. But in the absence of concrete data, it’s difficult to pinpoint whether the Article 35A land lease restrictions restricted greater investment – or whether it is due to a wide range of other reasons including poor infrastructure, crippling internet bans and a general lack of security and safety in the region.

The last factor, the looming threat of terrorism and violence, especially cannot be discounted. For example, on Monday, RPG Group chairman Harsh Goenka tweeted that his company had to close two factories in J&K due to militancy. He also noted that the removal of Article 370 would restore peace, but didn’t specify how that would happen.

Restrictions stemming from Article 35A provide a host of government-sanctioned benefits to the state’s ‘permanent residents’. While there are a number of exceptions, these broadly pertain to admission to government-owned educational institutions and government jobs.

Jaitley’s argument is that experienced professionals and investors would not want to move to J&K, because their children would be discriminated against: “their wards cannot get government jobs or admission to colleges”.

He also goes on to argue that these restrictions have prevented academics and doctors from wanting to move to J&K. “Engineering colleges and hospitals, including super-speciality facility set up by Central Government in Jammu are lying under-utilised or unutilised since Professors and Doctors from outside are unwilling to go there.”

The underlying argument is sound – an inability to attract skilled labour is obviously detrimental to a state’s economy. If working professionals don’t find a region attractive to live and raise a family, they are unlikely to migrate there for work.

On the other hand, the problem is that it’s difficult to assume that J&K would have automatically played host to major industrial clusters if Article 35A had been scrapped earlier. The wide array of factors that went into making Bangalore, Hyderabad and Gurgaon a hub for Indian IT companies – and not say Kochi, Ahmedabad or Kolkata – cannot be boiled down to a single attribute.

And always, the threat of terrorist attacks is an always present factor: what high-skilled professional would want to move to J&K if she didn’t feel it was safe?

On the former finance minister’s point of not being able to fill vacancies in major hospitals, it is true that J&K has among the lowest doctor-patient ratios in the country. But doctors and academics around the world are reluctant to work in conflict-ridden zones like Kashmir and it would be difficult to chalk it all up to Article 35A.

Also read: A Dangerous Experiment Is in the Works in Kashmir

There is however plenty of evidence to show that Dalit groups (Valmikis) who live and work in J&K are being discriminated against in part due to Article 35A. 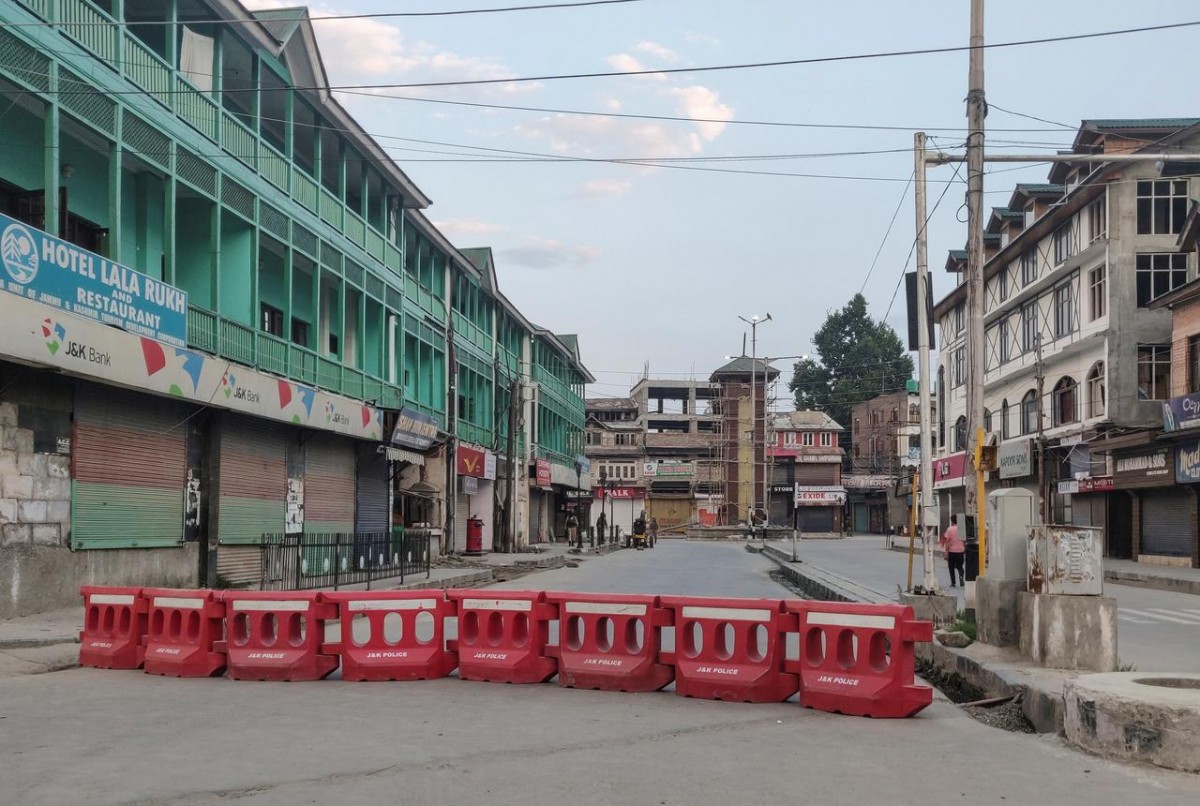 View of a deserted road during restrictions in Srinagar, August 5, 2019. Photo: Reuters/Stringer

The economic crisis in Jammu and Kashmir cannot be delinked from the unrest and civil strife in the Kashmir valley, which takes a heavy toll on the state’s economic interest.

J&K’s own Economic Survey estimates that protests and violence over a five-month period of July 2016 to November 2016 caused economic loss worth Rs 16,000 crore. The survey brutally examines how economic activity in various industries come to a standstill, helped along by internet bans, during times of violence and terrorist attacks.

In addition to this, the problems that hinder other states in attracting private investment also equally apply to J&K. In 2016, the World Bank’s assessment of state implementation of business reforms slammed the northern state, scoring it as one of the worst performers with a rank of 29 out of 32 states and union territories. While it has moved up slightly in the last few years, progress on fundamental metrics such as electricity and taxation is still lagging.

The Narendra Modi government is currently planning a massive investor summit in J&K in October 2019. Industry associations have already come out with their praise, with both the Confederation of Indian Industry (CII) and Assocham noting that the removal of Article 370 and Article 35A will spur private investment.

A more holistic examination of J&K’s economy and its inability to generate greater employment, however, shows that Article 35A is just one factor among many and certainly not a silver bullet.