In his first interview since the government detailed its Rs 20 lakh crore package, the former RBI governor says more needs to be done, and faster, if India's economy is not to be reduced to a shadow of its former self. 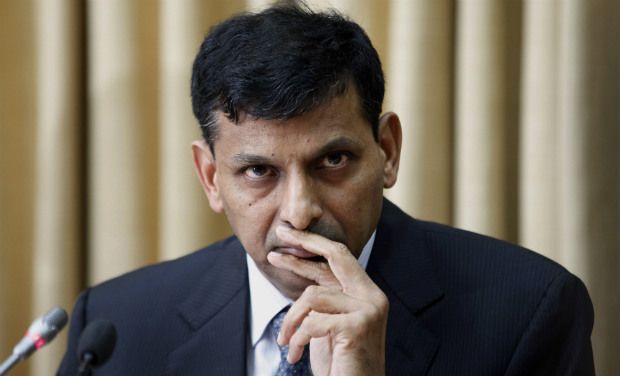 New Delhi: “I’m very worried about the extent of the catastrophe we’re facing … the government must consult opposition talent … it can’t all be done by PMO … we must pull out all stops … if more is not done, the economy will be a shadow of it’s former self”, said former Reserve Bank of India governor Raghuram Rajan in an interview to The Wire.

In candid and outspoken remarks, Rajan, who is also a former chief economic advisor to the government of India and former chief economist of the IMF, said the threat to India’s economic prospects was such that the government must consult the best talent in the country and not worry about who is across the political aisle. He said the situation could get very ugly and it cannot all be handled by the PMO.

Rajan told The Wire the challenge was not just to repair the damage done by the coronavirus and the lockdown but the preceding 3-4 years of economic drift. Asked if a government that was responsible for the drift and doesn’t even accept the economy had been drifting could be the one to battle it, the former RBI governor said there was a lot of capable talent in the country and the government should call on it. Dr. Rajan said this included former BJP finance ministers, although he did not take Yashwant Sinha’s name. Asked if he was referring to both Sinha and P. Chidambaram Dr. Rajan did not demur but said the government should not worry about political differences at a time like this.

Rajan said the task of recovery involved reviving the construction sector and pushing forcefully ahead with infrastructure development. He said the challenge of recovery was as important as the fight against the virus and the strategy to emerge out of the lockdown.

In a 45 minute interview to The Wire – the first he has given since details of the government’s Rs 20.9 lakh crore survival package were made public by the finance minister – Rajan was asked if the government’s package was an impressive or inadequate response to the economic challenge facing the country. He said almost any response is inadequate, particularly so in India’s case. He added the government must pull out all the stops.

Asked what would be the state of the economy a year from now if the government did not announce further measures, Rajan said it would be heavily constrained. He pointedly added it would be a shadow of its former self.

Rajan said the government should not worry about what the ratings agencies would do if the fiscal deficit grew. He said the agencies can be told that increased spending is necessary to preserve the economy but also that as soon as possible India will return to the path of fiscal rectitude.

Giving food grains to unemployed migrant workers, the poor and vulnerable was not enough, he said. They also need vegetables and cooking oil and, most importantly, money and shelter. Now he said the government must make conditions in our cities better if it is going to attract back the millions who have fled to their villages.

Asked for his response to the finance minister’s argument, made in an interview to ANI, that loans and credit guarantees will have a greater multiplier effect on tackling the problems of the poor than the cash payments he had advocated in a recent article co-authored with Abhijit Banerjee and Amartya Sen, Rajan said loans take time to work. Hunger, on the other hand, is an immediate problem.

Speaking to The Wire about the measures announced by the government to help MSMEs, Rajan said MSMEs were one of the most indebted sectors, and loans would only add to their indebtedness. Increased debt would only add to their problems. There was also a danger the banks may not lend but could use the credit guarantees to bail themselves out. Finally, he said a far better way to help MSMEs was to pay them the money owed as dues. Nitin Gadkari has separately said this is as much as Rs 5 lakh crore.

Speaking about big industry and, in particular, segments like airlines, tourism, car manufacturers and construction who have been grounded by the lockdown, Rajan said that whilst US-style bailouts were not possible, India’s airlines are nonetheless bleeding and the government must offer them debt relief.

Rajan said the financial sector has been in deep distress for a long while before this crisis struck. It needs re-structuring, re-capitalisation and we must plug the hole in the leaking bucket. He explicitly called for better quality management of public sector banks.

Asked about the reforms the Central government or state governments have announced, Rajan said he agreed that the agricultural reforms could be game-changers, similar to the end of the licence-permit raj in industry, but they needed to be fully and honestly implemented. He feared they could be hijacked by the bureaucracy. His particular fear is that the conditions on which the Essential Commodity Act restrictions can be revived are so broad the reform might be undermined.

Rajan said he welcomed the reform restricting PSUs to a yet-to-be-defined strategic sector and permitting the private sector to function across the economy but was worried that the necessary privatisation this entailed might never happen. He pointed out that only a fraction of the privatisation committed to in any budget has actually happened and, anyway, a lot of it was sale from one government owned entity to another.

Rajan told The Wire whilst a lot of the labour reforms announced for three years by the governments of Uttar Pradesh, Madhya Pradesh and Gujarat were long talked about and perhaps needed, they should not be done with the stroke of a government pen. Such steps needed wider consultation otherwise they could provoke protests on the streets. He also added that such reforms cannot be done for just three years. Industry needs a credible assurance of permanency.

Asked about the four conditions attached to the permission for states to increase their borrowing caps from 3 to 5%, Rajan said that whilst all the conditions were not objectionable, the Central government must not seek to micro-manage the states. It cannot presume the Centre knows better particularly when, under the constitution, the states are prime movers in specified areas. The Centre can nudge and encourage with model laws but must not dictate.

Finally, asked if his experience as RBI governor and chief economic advisor led him to call for certain bold reforms that in normal times might be politically difficult but could be pushed through in a crisis, Rajan said there was a need to ease factor markets like land, labour and finance. He also spoke of the need to further push ease of business.