Haircuts are Good, Farm Loan Defaults are Bad – the Two-Faced Treatment of Waivers

The argument of course is that corporate loan waivers lead to economic growth. But why does India refuse to allow some firms to go bust?

In April this year, Karamjeet Singh, a farmer from Nandgarh Kotra village in Bathinda district in Punjab, was arrested after his cheque of Rs 4.34 lakh bounced.

Still in jail, he is amongst hundreds of farmers who have been sent to jail for bounced cheques deposited for repayment.

India’s credit policy has two faces: one for the rich, and another for the poor.

Let’s first take a look at the credit policy for farmers. The Punjab Agricultural Development Bank has served legal notice to 12,625 farmers threatening to sell their farm land to recover an outstanding due of Rs 229.80-crore, at a time when the Kolkata bench of the National Company Law Tribunal has allowed just one defaulting company – Adhunik Metaliks Ltd (AML) – to walk away with 92% ‘haircut’. While the undated and signed bounced cheques is a common way to haul up defaulting farmers for non-payment of farm credit, I wonder why a similar strategy is not followed in case of corporate loans.

Take another example. Two months back, Monnet Ispat & Energy got a haircut of 78%; the company had an outstanding debt of Rs 11,014-crore.

Under the insolvency proceedings, the lenders will get only Rs 2,457-crore. The remaining amount of Rs 8,557-crore of bad debt will be written-off. The haircut, which in reality is nothing short of a waiver, comes at a time when a 34-year-old farmer, Sukhpal Singh of Mansa region in Punjab, committed suicide for an outstanding loan of just a few lakhs drawn from a cooperative bank.

In contrast, while the marginal farmer was unable to face the humiliation that comes with indebtedness and ended his life, we don’t see any change in the lifestyle of the owners of these defaulting companies. In fact, they feel recharged after being divested of the financial burden they were reeling under. It’s a new life offered to them on a platter.

This is how the banking system works. When it comes to industries, it looks at every opportunity to strike-off as much of the defaulting amount as possible. AML defaulted to the tune of Rs 5,370 crore, and under the Insolvency and Bankruptcy Code (IBC) it has been allowed to walk away after a settlement was reached with the UK-based Liberty House Group for Rs 410-crore. In other words, the company gets a write-off or call it a ‘haircut’ for Rs 4,960-crore. I don’t think it is even fair to call it a ‘haircut’ as it is nothing short a complete head shave. 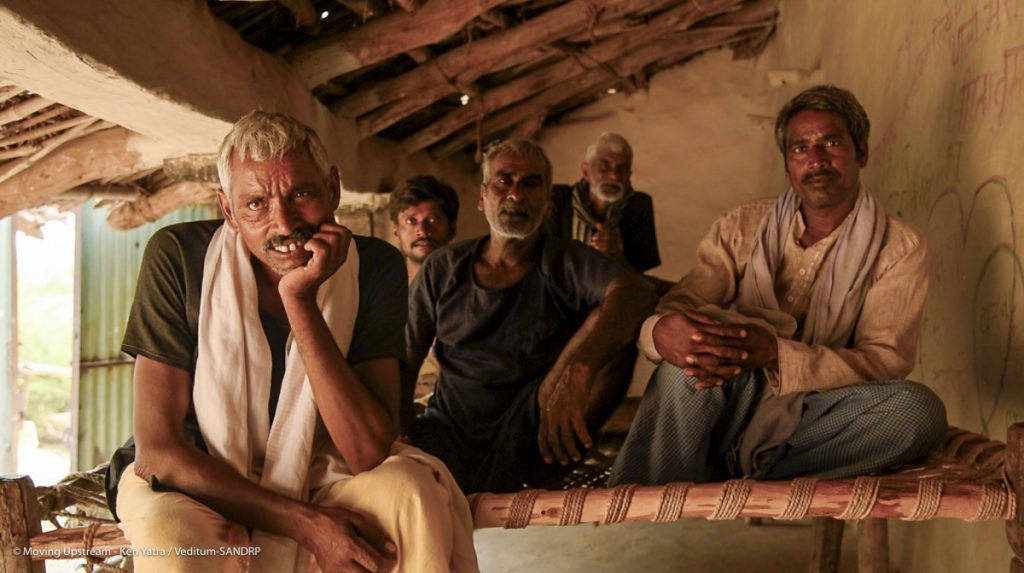 Compare this with the Rs 229.80 crore outstanding loan pending against 12,625 Punjab farmers that the Punjab Agricultural Development Bank is trying to recover. It is not even a sizeable fraction of the huge amount written-off for just one industrial house. Call it a settlement to affect a resolution plan for the companies declared bankrupt; the economic jargon actually is an attempt to hide what in reality is more than a write-off. By selling off a loss making unit the promoter walks out free from what would otherwise be a life-long indebtedness. Almost the entire debt is eventually borne by the tax-payers.

This is what Noam Chomsky calls it as ‘tough love – tough for the poor and love for the rich’.

The argument in favour of this, of course, is that write-offs and corporate loan waivers are needed to restart and kick-start business cycles. Former chief economic advisor Arvind Subramanian for instance has said that writing-off of corporate loans leads to economic growth.

Although the Punjab Agricultural Development Bank has denied of any real intention of putting the land of 12,625 farmers for public auction saying that the legal notice is just a threat, the fact remains that as many as 71,432 farmers are under scanner for having defaulted the bank to the tune of Rs 1,363.87-crore. Sooner or later, all these farmers will receive legal notices if they fail to pay up. In fact, many of them have already landed in jail. Similarly in Haryana, just to illustrate, a farmer who had failed to pay back a loan of Rs 6-lakh taken for laying a pipeline for irrigation was ordered by the district court to pay a fine of Rs 9.83-lakh and undergo a 2 year jail term.

On the other hand, the ‘haircut’ allowed to AML means the banks will not be able to recover this huge amount. According to media reports, some of the other not so-high profile companies in which lenders had to take a haircut includes: Jyoti Structures (85%), Alok Industries (83%); Amtek Auto (72%), Electrosteel Steels (60%) and Bhushan Steels (37%). Among other outstanding cases listed by the Insolvency and Banking Board of India, Synergies Dooray Automotive Ltd got a ‘haircut’ of 94.27% as a result of which financial companies are able to recover only Rs 54 crore from an outstanding amount of Rs 972.15 crore.

According to the latest data, over Rs 3 lakh crore worth of loans belonging to 70-80 companies has now been referred for hair-cut. These are loans which have not been paid for 180 days. This includes Rs 1.74-lakh crore of 34 power companies. According to a high-powered committee set up by the Gujarat government, three power projects of Tata, Adani and Essar carrying a cumulative debt of Rs 22,000 crore will get a haircut of more than Rs 10,000 crore.

What is interesting here is that in case of big defaulters, the entire government and banking machinery become hyper active to bail out the companies. But in case of agriculture, the same banking system seeks exemplary punishment, including jail term. I have never seen a jail term being prescribed for a corporate defaulter.

In an article entitled ‘Reform that Isn’t’ in the Indian Express, former cabinet minister Kapil Sibal rightly sums it up saying: “Recovery through the IBC process in the steel sector will be about 35% of the loans advanced and in the power sector, only 15% of the loans advanced. This is a scandal in itself. Even the beneficiaries will raise loans from banks to pay for acquisitions.”

The question that needs to be asked is why aren’t the defaulting companies being allowed to go bust? Why is the entire effort to bail out the companies that have failed to perform? At the same time, why shouldn’t the owner of these companies who default on paying back the bank loans not treated the same way as the farmers?

First, why should the RBI not disclose the names of defaulting companies to begin with? Secondly, why shouldn’t corporate bigwigs (who deserve it) be made to cool their heels in jail?