Are Lessons from the 2G Scam Being Unlearned?

In the current kerfuffle over E and V band spectrum allocation, the Centre’s arguments echo ones made by former telecom minister A. Raja during the 2G controversy. 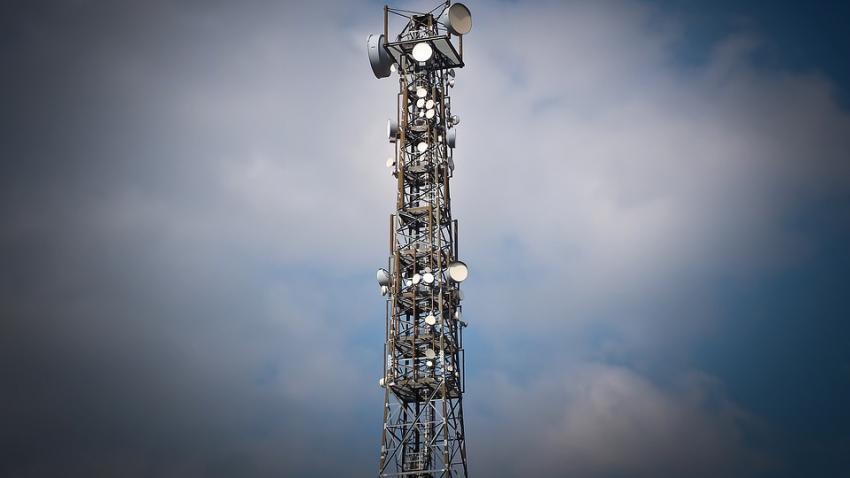 New Delhi: For the first time, the Indian government is seeking public opinion whether it should allot spectrum for commercial use without an auction. This is despite the fact that a 2012 Supreme Court order in the 2G spectrum scam case makes it mandatory for the government to allot spectrum only through an auction.

Interestingly, the arguments put forth by the Narendra Modi government are grounded in the same principles advocated by former telecom minister A. Raja, who in 2008 had allocated spectrum without bidding.

Last week, the department of telecommunications (DoT) released a draft national digital communications policy, which proposes either de-licensing or light touch licensing and has currently invited comments from the public.

At the centre of the current controversy is highly valuable spectrum in the ‘E’ and ‘V’ bands, which the Modi government has been trying to allot without auction to a few companies on a first-come-first-served (FCFS) basis.

Under section 1.2 of the draft policy, the government has sought public comments on “enabling light touch licensing/de-licensing for broadband proliferation” for allotting spectrum.

De-licensing essentially means allotting spectrum without auction. It also implies that spectrum has to be issued only through first-come-first-served (FCFS) basis as network installed by first operator has to be protected in case of interference.

It is a settled principle of law that what cannot be done directly, cannot be done indirectly. Just by de-licensing spectrum, the government cannot allot spectrum without auction violating Supreme Court’s February 2012 order.

The Wire had reported last November and last month how the DoT planned to allot E and V band spectrum without auctions but ended up deferring the decision. The telecom department is now trying another method by seeking public opinion through the draft telecom policy.

Senior officials, both at DoT and at telecom regulator TRAI, have stated that E and V band spectrum can be used for backhaul and that may be allotted on a point-to-point basis. And that because of this, it should be allocated without auction or on an FCFS basis.

The fact is, however, that backhaul is an important part of the network and without it no commercial network can work. Similarly, point-to-point linkages are also allotted on an exclusive basis. The Supreme Court order is very clear that all spectrum should be allotted only through auction. It doesn’t differentiate between backhaul and access spectrum, point-to-point and point-to-multipoint. After all, all these spectrum are used for commercial purposes and operators earn revenue using this natural resource.

The draft digital communications policy floats a number of arguments – as pointed out above – some of which resonate with Raja’s reasoning.

The arguments put forward by A. Raja while allotting spectrum without auction on an FCFS basis in 2008 were:

1. It will increase telecom proliferation (as number of players increased).

2. It will bring down tariffs as spectrum is priced low.

3. There is tangible socio-economic benefits to society as high telecom penetration will provide many facilities and services to people and also increase their income.

5. During the 2G scam, lobbyists of different groups quoted international best practices to justify their view point. (Interestingly, some of them are also active now).

To justify its move to allot spectrum without auction, the Centre’s arguments are:

1. It will increase ‘broadband proliferation’. There is a need for “optimal pricing of spectrum to ensure sustainable and affordable access to Digital Communications”.

2. The government has to meet its goal of “provisioning of broadband for all” by 2020.

3. it is needed “for public benefit to achieve India’s socio-economic goals”.

4. Following Raja’s practice, the telecom ministry has been seeking views of IIT professors and other outside agencies on issues related to spectrum allocation and pricing to justify its view point. It is expected that they will also comment in the policy document favouring the government move.

5. The government has also quoted “best international practices” to justify allotting spectrum without auction in E band and V band. Now the role of IIT professors, lobbyists and outside agencies would become important.

It is difficult to quantify the real loss to the exchequer if spectrum in V band and E band is given on FCFS basis as the real value can be realised only through an auction. However, if we go by the methodology adopted by former Comptroller and Auditor (CAG) Vinod Rai, under whom the national auditor had calculated that the notional loss – the size of potential revenue loss – could be at least Rs 4,77,225 crore from V band and another Rs 7,00,000 crore from E band.

96. In our view, a duly publicised auction conducted fairly and impartially is perhaps the best method for discharging this burden and the methods like first come- first-served when used for alienation of natural resources/public property are likely to be misused by unscrupulous people who are only interested in garnering maximum financial benefit and have no respect for the constitutional ethos and values. In other words, while transferring or alienating the natural resources, the State is duty-bound to adopt the method of auction by giving wide publicity so that all eligible persons can participate in the process.

83. …… we are convinced that the observations in Paras 94 to 96 could not apply beyond the specific case of spectrum, which according to the law declared in the 2G Case, is to be alienated only by auction and no other method

In The Wire’s earlier article on the issue, Pranav Sachdeva, who was a lawyer for the petitioner Centre for Public Interest Litigation in the 2G case and in the subsequent presidential reference had commented: “In the 2G judgement, the Supreme Court has made it mandatory that spectrum, which is a scarce natural resource, would be allocated by the government only through a transparent auction process. This would achieve both fair competition and maximising revenue for the state.”

Some DoT officials, however, are misguiding decision makers by citing the non-spectrum natural resource allocation part of the judgement with spectrum allocation (which can be done only through auction).

Earlier, former TRAI member D.P.S. Seth had told The Wire, “Supreme Court is very clear that spectrum should be allotted only through auction. Delicensing it doesn’t seem to be the correct approach.”

It may be noted that when DoT sought TRAI’s opinion on this issue, the regulator didn’t give its opinion. It simply stated:

“From letter dated 08.06.2015 it emerges that the main issue is that in view of the judgement dated 02.02.2012, whether spectrum can be allotted by a means other than auction… It is for DoT to take a policy decision as to whether it is legally tenable to allocate spectrum by any other mechanism (viz. administrative) than auction in consultation with the Ministry of Law.”

It appears that the draft policy that has all figures in USD, million and billion instead of Rupee, Lakh and Crore has only one objective of giving spectrum without auction to a few selection business houses.

Spectrum in V band and E band is important in view of the explosion of broadband services. It has high potential for providing both the high speed access services at data transfer speed of up to 7 Gbps and for backhaul spectrum.