As the tenure of the current CAG of India comes to an end in August, just how impactful has the national auditor been in recent times? 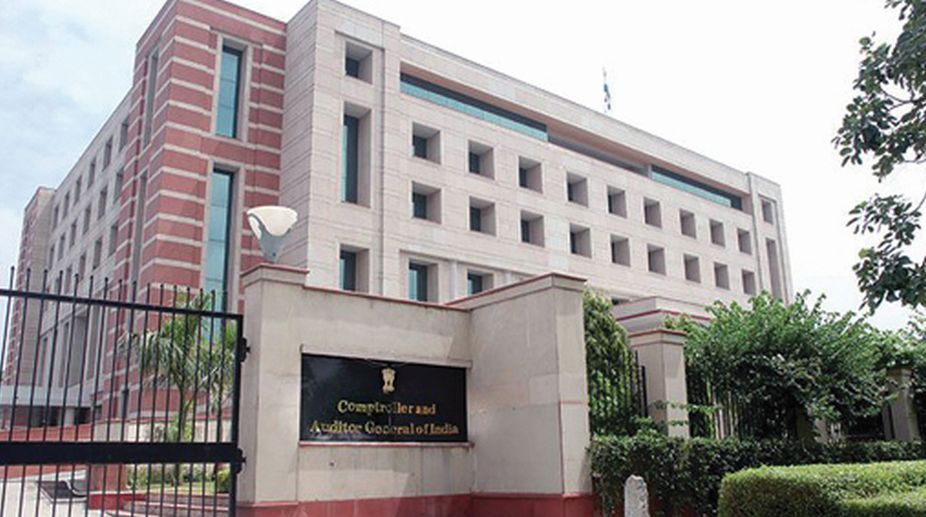 The CAG office at New Delhi.

When Parliament’s budget session for the year 2020 started on January 30, political and economic observers hoped to see tabling of the Comptroller and Auditor General (CAG) of India’s Audit Report on Union Government (Finance Accounts).

However, these hopes were dashed when on the third day, while two audit reports got tabled in parliament, the much-awaited Audit Report on Finance Accounts was not amongst those.

The two audit reports that were tabled included the Audit Report on Defence Services and Audit Report on Customs, which were shared with the government on November 29, 2019 and could have in fact been presented in the previous parliamentary session in December 2019.

Usually, the CAG office has followed the well-established convention of finalising the report on finance accounts ahead of the budget session, so that the audit observations are available to the public during the budget session. By March 23 this year, when the parliament was adjourned by the speaker sine die none of the other CAG Audit Reports that would have been finalised in the calendar year 2020 were presented.

Also read: PM CARES Fund to Be Audited by ‘Independent Auditors’ Instead of CAG: Report

Sources familiar with the national auditor’s functioning, speaking on condition of anonymity, suggest that timelines on finalisation of government accounts have been impacted over the last two years.

In particular, sources say that the current leadership of this constitutional audit institute has failed to show a sense of urgency in finalising and signing the audit reports as per established protocol and convention.

While such failure to respect the established protocol of following timeliness in audit planning, execution and finalisation has already affected timely access to audit observations, the prolonged non-functioning of parliament during the pandemic has made matters worse. The tenure of Vinod Rai would be remembered as substantial output from this constitutional institution both in terms of volume and quality of audits done. During the year 2010-11, the CAG of India prepared 221 audit reports to be tabled in parliament and state legislatures and during 2011-12, the national auditor prepared 137 audit reports (33 for central govt and 102 on state governments).

Quantitative metrics may not be a goal in and unto itself. And indeed there might be a feeling in some quarters that the national auditor took a specific stand to reduce the quantum of its output and instead focus on improving the overall quality of its work  instead. However, it’s unclear how acceptable this argument is in light of the controversies over delayed reports.

And it certainly doesn’t need saying that a truly independent constitutional office would have never agreed with the executive’s request to present to Parliament  a redacted audit report on the Rafale deal.

In November 2018, Mehrishi’s office had the unique pleasure of receiving a letter from 60 eminent and retired bureaucrats, who expressed concern that the auditor reports on demonetisation and the Rafale deal had been “deliberately” delayed so as to not “embarrass” the Centre before the 2019 general elections.

In a letter, they said there was concern over the “unconscionable” and “unwarranted delay” in bringing out the two audit reports. The signatories of the letter included former IPS officer and ex-DGP of Punjab Julio Ribeiro, former IAS officer turned social activist Aruna Roy, former Pune police commissioner Meeran Borwankar, former CEO of Prasar Bharti Jawhar Sircar, former envoy to Italy K.P. Fabian, and officers from the central and all India services.

The CAG’s failure to present the audit reports on the note ban and Rafale deal in time “may be seen as a partisan action” and could create a “crisis of credibility” for the institution, the letter said.

It later become clear that the Rafale report had been delayed because the CAG had not held its ‘exit conference’ with the defence ministry – the audit report was eventually released in February 2019, amidst allegations of conflict of interest levied by the Congress Party.

At the time, the national auditor chose not to comment on the letter sent by retired bureaucrats.

Also read: Where the Modi Govt Scores and Where it Doesn’t in CAG Report on Rafale

The Wire also sent a detailed questionnaire to the CAG, asking for its perspective on the delays in finalising and tabling reports, before the publication of this piece. This story will be updated if and when a response is received.

A book written by a former Deputy CAG of India, R.K. Chandrasekharan offers perspective on how past national auditors have strived to improve promptness in finalising audit reports.

“During the year 1988-89, 27 audit reports on union government, with 825 paragraphs and reviews were issued as against 26 reports containing 585 paragraphs and 60 reviews finalised and issued in the earlier year…Ten to twenty months were taken to finalise the reports and 17 days to 182 days were taken to print them in Government presses, which was not under the control of the CAG of India and 9 days to 84 days for their presentation to parliament.”

Twenty-eight years have passed since then, with rapid advancement in IT systems and digitisation of printing technology. Citizens might expect that these advancements would spark promptness in finalisation of audit reports. However, in complete contrast, what we have witnessed during the tenure of Mehrishi as the CAG of India is slackness.

Regulations on Audit and Accounts (2007) while referring to Audit Planning directs that the auditors should plan to carry out the audit “in a timely manner,” but a similar provision was not made to finalisation and submission of audit reports. Analysts point out that this is a lacuna and needs to be addressed during the proposed amendments to Regulations on Audit and Accounts.

Appreciating the volume of outputs by this constitutional institute, Chandrasekharan writes in his book, The Comptroller and Auditor General of India: Analytical History (1947-1989):

“No other constitutional authority in India has to peruse so many hundreds of pages of typed material continuously at a stretch until all the reports of the year are finalised, as the CAG of India. A lean period in reading and approving reports falls only in two or three months in a year, after the bulk of reports has been cleared. All the reports and accounts go back to him again for his counter signature and certification. This aspect of the burden of CAG is least known to those, who receive his reports and accounts every year or to the Legislature Committees, who examine them.”

A comparison with how the constitutional and parliamentary institutions defended their independence during the years of National Emergency would make us realise the gravity of today’s situation. During the emergency, the Public Accounts Committee could discuss matters of public concerns prompted by news articles and had produced many reports.

What would explain the substantial slowdown in terms of output from this constitutional authority? Highly placed sources told us that while the performance audits are initiated and completed within timelines, the finalisation of the report often gets delayed. Sources speaking on condition of anonymity said that Mehrishi has delayed finalising a few audit reports beyond 18 months to 24 months, by pushing the final drafts back on grounds of getting more visual and graphical data, or raising what they claim to be non-substantive queries.

To highlight the established convention on the timelines, Chandrasekharan states that certain strict adherence was stressed upon in the year 1973-74 by the then CAG of India:

“The need to adhere to the time schedule was again emphasised in September 1973. On considering the backlog for the reports for 1972-73, extension of time for submission of draft paras was allowed upto 31st October 1973 and for draft chapters upto 15th December 1973 but from the reports for the year 1973-74 the due date viz. 31st October was required to be strictly adhered to.”

Mehrishi leaves office in August 2020 and we may witness that at the fag end of his tenure, a quick clearing of several audit reports, a hypothetical development that would require vigorous scrutiny.

India’s mainstream media also needs to keep watching the constitutional institute and highlight the danger that is posed when the appointment to such an important position is made by the president on the advice from the ruling government. There is an urgent need to make sure that the appointment of the CAG of India is made on the advice of the selection panel consisting of members of parliament from different political parties.