A Tale of Trade-offs: The Anatomy of the Direct Benefit Transfers System

While the system was rightly designed to eliminate ghost beneficiaries, the impact of exclusion errors needs to be professionally and independently evaluated in detail. 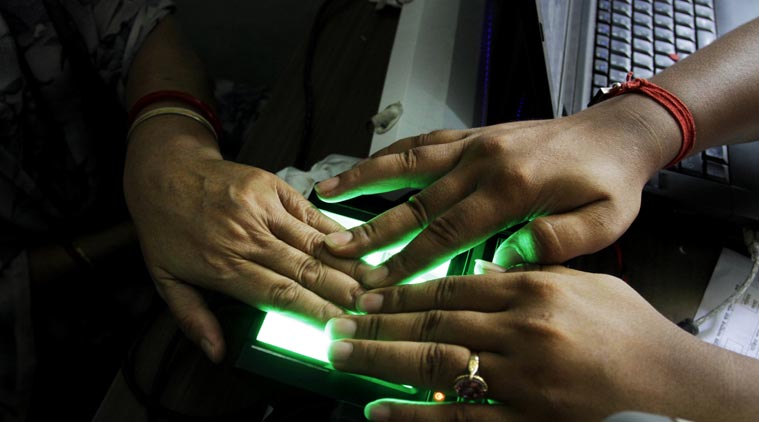 The direct benefit transfer (DBT) system has come to dominate the discourse on public service delivery in India. The existing rhetoric around its efficacy being one of anti-corruption, cost efficiency, and elimination of middlemen. Payments under DBT are made to low-income households using an elaborate, digitised system that relies on Aadhaar to weed out “fake beneficiaries”.

However, our research shows that these leakage-reducing mechanisms have resulted in the exclusion of many deserving, financially distressed households who could not access their money in time due to back end failures in DBT. We find that about 51% of farmers who faced difficulties in getting their PM-KISAN money in East Godavari were excluded due to Aadhaar-related errors.

A joint research published by Dvara Research, Gram Vaani, and the University of Montreal in early 2021 showed that almost 84% of the total 249 DBT schemes-related complaints, reported on Gram Vaani’s Interactive Voice Response (IVR) platform between March and November 2020, pertained to the back end failures of payments.

A more recent study, the Dvara-Haqdarshak Study on Exclusion in Government to Person Payments, offers a typological view of such back end issues. The study, conducted between March and December in 2021, covered approximately 1,400 respondents in rural and semi-urban blocks of Assam, Andhra Pradesh, and Chhattisgarh. All the households seem to have faced problems in either enrolling or receiving money under one or more of the following schemes using DBT: Pradhan Mantri Kisan Samman Nidhi Yojana (PM-KISAN), National Social Assistance Programme (NSAP), Mahatma Gandhi National Rural Employment Guarantee Act (MGNREGA), Janani Suraksha Yojana (JSY), and Pradhan Mantri Matru Vandana Yojana (PMMVY).

Of the 1,248 respondents who reported a back end issue, 51% were unable to state the reason for such a failure and could only speak about the problem they experienced. Therefore, the most prominent category of issues to have emerged from this survey, Disruptions to Payment Schedule, is a broad one and encompasses issues such as payments being suspended without notice and delayed crediting of bank account etc.

In the next major category, ‘bank account and Aadhaar-related errors’, 18% of the issues included spelling errors in Aadhaar details, pending know-your-customer (KYC) verification, frozen or blocked bank accounts, etc. There is a strong possibility that most of the respondents who faced disruption in payment may have been hit by bank account and Aadhaar-related errors. But they may have been unable to report the same due to the inadequacy of the information provided to them by the implementing agency of the government.

In the last category, ‘documentation requirement-related efforts and costs’, 10% of the cases primarily comprised of those wherein crediting of bank account is conditional upon the furnishing of certain documents that prove the beneficiary’s fulfilment of certain requirements, as seen under schemes such as JSY and PMMVY.

While the in-depth survey of DBT beneficiaries allowed us to understand the broad challenges they were facing, the research methodology did not lend itself to an investigation of failures at the back end, underscoring the general inadequacy of the existing G2C (government to consumer) communication mechanisms under DBT.

We, therefore, turned our focus toward administrative sources in the public domain. These primarily included scheme dashboards, specifically that of PM-KISAN, and Ministry of Finance (MoF) notifications.

To illustrate the key categories of back end failures that emerged from our secondary research, we studied the case of farmers in the East Godavari district of Andhra Pradesh. We performed a data-scraping exercise on the PM-KISAN Village Dashboard and analysed records of 39,655 farmers who were registered in the PM-KISAN scheme but had not received any of the instalments due to them (as of December 2020).

For almost 51% of such farmers, the back end failures occurred due to Aadhaar-related errors while 5.32% of landholders faced a failure due to bank-related errors. Aadhaar-related reasons included lack of seeding on the National Payment Corporation of India (NPCI) mapper and duplication of an Aadhaar record. We found that the bank-related reasons included failed validation checks, due to incorrect or invalid bank account number, account under revalidation by the bank, account closed, etc.

These issues seem to be persisting despite the issuance of notifications by the Ministry of Finance in July 2019, directing banks to follow a set of actions to reduce the rate of DBT back end failures. For 19% of the total records accessed, the reason for back end failure was mentioned as a vague statement, ‘correction is pending at state’, possibly indicating that the correction in records (Aadhaar or bank account details) was yet to be approved by the state government (although district-level officials have the authority to approve such modifications).

Such technical errors at the back end need to be urgently rectified. It is generally thought that that DBT beneficiaries can simply walk into a bank branch or an Aadhaar Seva Kendra and get the due corrections made. However, this is an unrealistic expectation as it cannot be assumed that beneficiaries will be able to diagnose the technical problem independently. They cannot navigate the digitised architecture that has been put in place to initiate these corrections.

Even the identification of the exact problem would be beyond most of the beneficiaries of DBT. As a result, beneficiaries have reported running from pillar to post to ascertain the nature of the error and then in resolving it.

The DBT architecture has been rightly designed to eliminate ghost beneficiaries so as to eliminate ‘leakages’ in delivery of welfare.  The priority afforded to this objective can be seen in the way the DBT Mission under the aegis of the Union Cabinet Secretariat, provides a quantified estimate of the financial gains made by the Government as a  result of removing fake beneficiaries.

The impact of exclusion errors caused by this promising ecosystem need to be professionally and independently evaluated in detail. There may possibly be a large humanitarian cost associated with  such errors.