Why Are Kashmiri Politicians Denying Interviews to Local Journalists?

Politicians from Kashmir have consistently been denying interviews to local journalists, and speaking only to the national and international press. 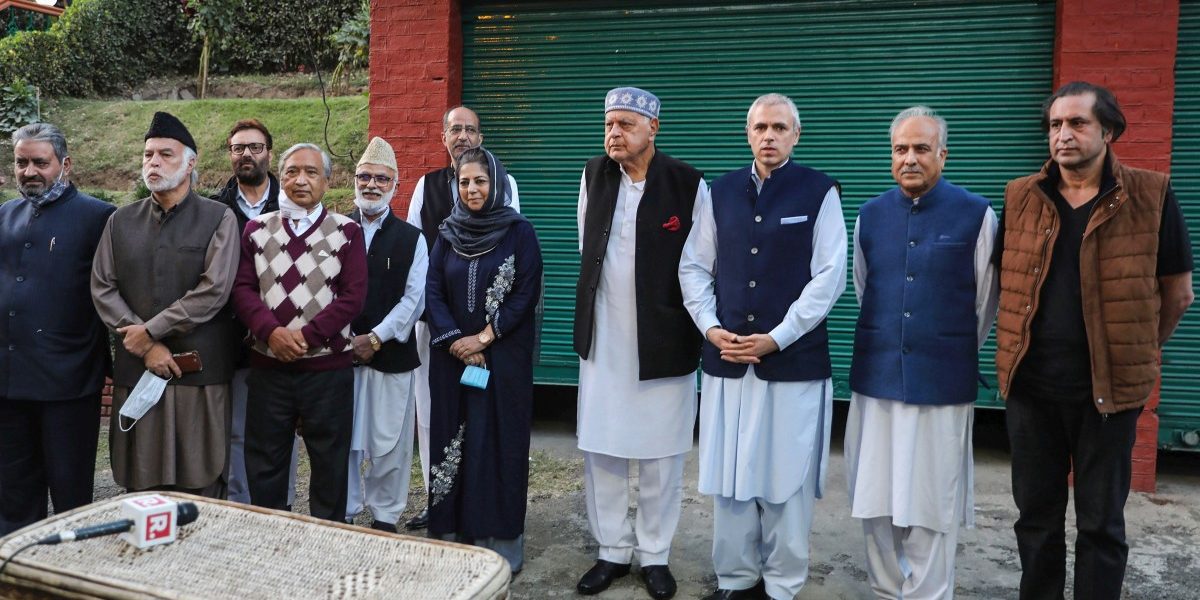 Srinagar: In October, Srinagar-based independent journalist Adnan Bhat was commissioned a story by South China Morning Post (SCMP), a Hong Kong-based English-language newspaper, on the formation of Peoples Alliance for Gupkar Declaration (PAGD) in Jammu and Kashmir and its “future course” of action.

Bhat wanted to be sure whether the vice president of the PAGD and president of Peoples Democratic Party (PDP), Mehbooba Mufti, would give an interview. He spoke to the spokesperson of the PDP for confirmation, who agreed to fix the interview. A few days later, Bhat was called to Mufti’s residence.

Upon reaching there, he saw many other journalists waiting on the lawns of Mufti’s Gupkar residence. 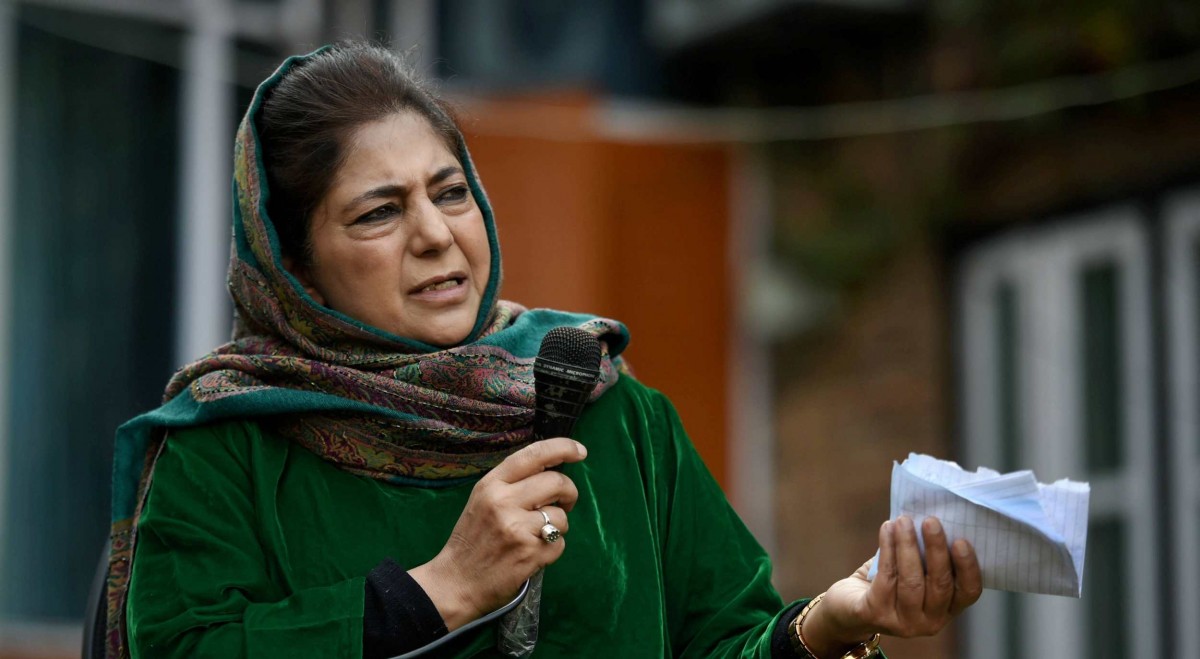 “I was told Mufti would be addressing a press conference. But I was wondering how I could get the interview,” Bhat told The Wire.

When Bhat asked the spokesperson regarding the interview, he was told, “It can’t happen now, as she spoke in the press conference.” However, Bhat was yet to get the answers to his questions he wanted to ask.

For over months, he tried to approach many others from PDP for the interview, but there was no positive response as such. A few days later, he approached the spokesperson of PAGD, Sajad Lone, a key member, who is also the president of People’s Conference (PC).

He was initially told that he would get an interview, but that did not happen. “I felt when Sajad Lone came to know through our conversation that I am Kashmiri, he stopped responding to my texts,” Bhat told The Wire.

Bhat shared the experience on social media on November 29 and posted that PAGD leaders do not want to face local journalists. Eventually, he had no option but to drop the story. Taking to Twitter, he said:

It seems .@JKPAGD leaders do not want to face local journalists. Only interviews lined up from Delhi are welcome. After committing to an interview one alliance leader stopped responding to my messages. Maybe, he thought I was a outsider, when he agreed to do it.

This is not an isolated incident where a Kashmiri journalist has been denied an interview. Several scribes from the Valley who work for the local, national, and international press that The Wire spoke to complained that they have been denied interviews and comments by regional parties, especially PAGD, despite multiple requests.

Interestingly, these three political parties came together to form an alliance a few months ago under the banner of PAGD – a “movement” that seeks to restore Article 370, which had been abrogated by the Central government on August 5, 2019.

Journalists claim that PAGD leaders do not want to face local journalists, while only interviews lined up from Delhi are welcome. The reason for this, they believe, is that the mainstream political parties do not want to make themselves “uncomfortable” with the questions from a Kashmiri journalist.

“The reason is simple, they (PAGD) don’t want to confront Kashmiri journalists because they know, they won’t pose any rosy questions. They will surely grill them for their politics,” another independent journalist Kaisar Andrabi, told The Wire.

Also read:  Why Journalists Are Worried About the New Media Policy in Jammu and Kashmir

Like Bhat, Andrabi has also approached PAGD leaders for interviews but has been avoided repeatedly.

Andrabi says there is a lot of ambiguity regarding the formation of PAGD, and the people of Kashmir want to clear their doubts. This, Andrabi says, can only happen when a Kashmiri journalist does the interview for his audience – that is a Kashmiri.

Fahad Shah an independent journalist based in Kashmir and editor-in-chief of the weekly newspaper The Kashmir Walla argues that PAGD has mostly remained silent because they have failed to tell people what is their plan, and what they claim to be doing.

“They talk about restoring [Article] 370 but how? They don’t talk about that, so so far it has only been political rhetoric,” Shah told The Wire.

Absolutely, it seems alliance is trying to speak to people outside Jammu and Kashmir rather than local population. https://t.co/0ftDkSse1p

Andrabi echoed the views of Shah that PAGD is yet to share their agenda and “future course” of action with the local population.

Shah says the reason regional leaders don’t want to face local media could be because they don’t want to give away too much of what they do.

He maintains that it all started after PAGD leaders were released from detention and their first interviews appeared in the national media rather than in the local publications.

“That is unfortunate because if these politicians are for Kashmiris then they should speak to them via the media they follow, which is local, and not Delhi and Mumbai media, which don’t even properly understand the ground situation,” he added.

Since the Gupkar Alliance leaders were released from detention, they hardly faced local journalists, except a few publications. All they have been doing is giving bytes after finishing their meetings.

Sources say a few local journalists who happen to get interviews by mainstream leaders have been conducted via email and WhatsApp but not face to face. 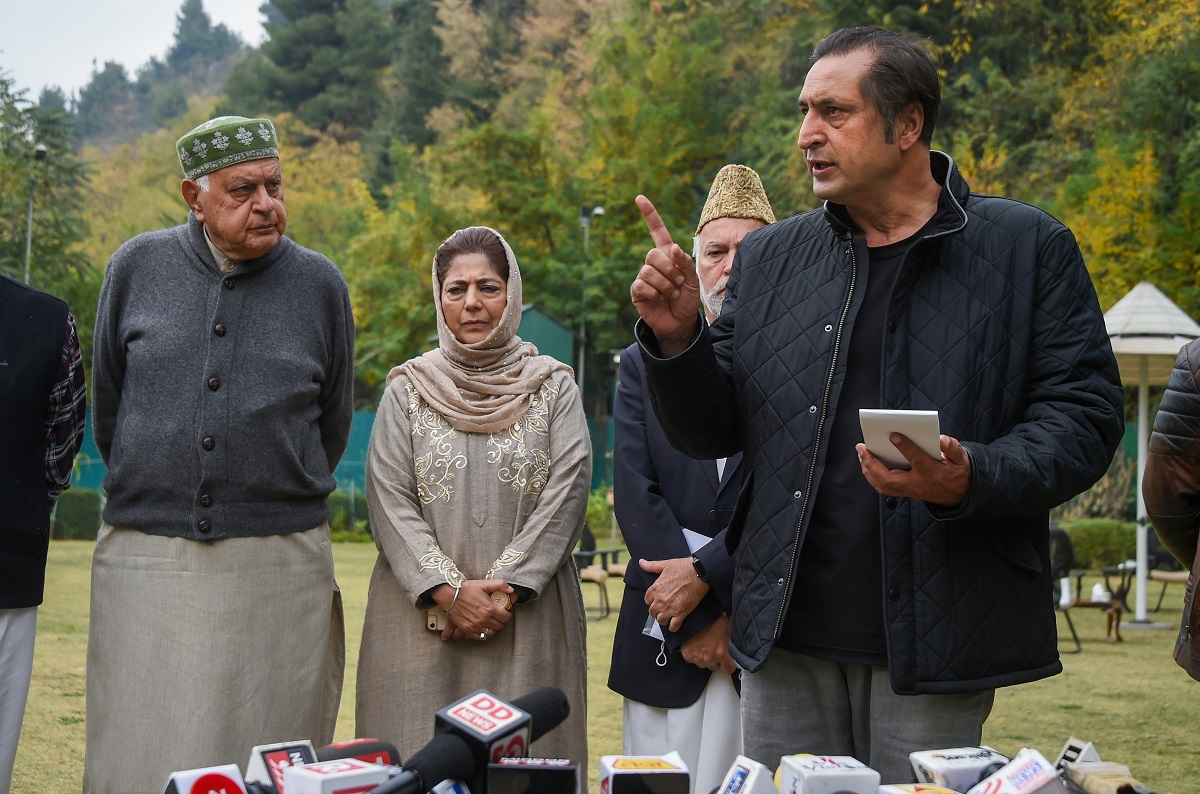 Shortly after the PDP chief Mufti was released in the month of October, this author too approached PDP spokesperson, Suhail Bukhari, for the interview. He said they will inform me when they start giving interviews. After a few days, I approached him again, but he said that they had decided not to give any interviews. However, I was disappointed to see the PDP chief and one of the important members of PAGD on a New Delhi-based television channel, India Today.

I approached another PDP leader for an interview. His response was that they had received over 600 requests for an interview and that they were not sure whether they can give any interviews then. A few days later, I saw Mufti on television again. This time on Gulistan TV.

On November 13, I also approached the spokesperson of the Peoples Conference for an interview with Sajad Lone on the formation of PAGD among other things. He said he will get back to me after talking to Lone, however, to date I did not hear any response despite repeated reminders.

In the same month, I approached Dr. Farooq Abdullah, president of PAGD and National Conference, for an interview, he said, “Call me after dinner.” When I did call him again, he asked me to speak to his party’s spokesperson, Imran Nabi Dar.

The next morning I had asked Dar for an interview for a local newspaper. He said they had stopped giving interviews and that he will inform me when they resume.

Senior Journalist Hilal Mir argues that over the years, the regional parties in Kashmir have become comfortable with non-local journalists rather than speaking to the locals. The reason he cites is the same that the Kashmiri journalists pose questions.

“They (PAGD) leaders have been cautious of Kashmir journalists,” says Mir, who freelances for the Anadolu Agency, TRT World, and Huffington Post. He also recalls that Mehbooba Mufti, during her tenure as chief minister, had banned local newspaper Kashmir Reader for three months.

Mir believes that there is another reason why “so-called” mainstream political parties never bother about the local audience. “They always wanted to address New Delhi and its people, because it is where they derive their power from,” Mir adds.

Safwat Zargar, who reports for the Scroll, told The Wire that on 12 November, he too approached the public relations officer of Lone for an interview but has been told that he will check with the PAGD spokesmen and will get back to him.

“However he didn’t respond to my text or phone calls as well,” Zargar recalls.

The journalist says this phenomenon of “stonewalling” of the local press has hampered their work, impacting the production of balanced reportage from politically-fraught Kashmir.

They maintain that access to information, especially to politicians, has been severely impacted since August 5 last year, when Article 370 was made null and void.

I have tried to speak to Lone, the PAGD spokesperson, for his comments regarding the grievances of the local journalists, however, as usual he hasn’t responded to my calls.