Why is the Indian Media Erasing 'Hindus for Human Rights' from the Republic Day Story?

By leaving out the chief organiser, 'Hindus for Human Rights', from its attacks on the Republic Day US congressional briefing, is the mainstream Indian media indicating that it's afraid of a Hindu with a conscience? 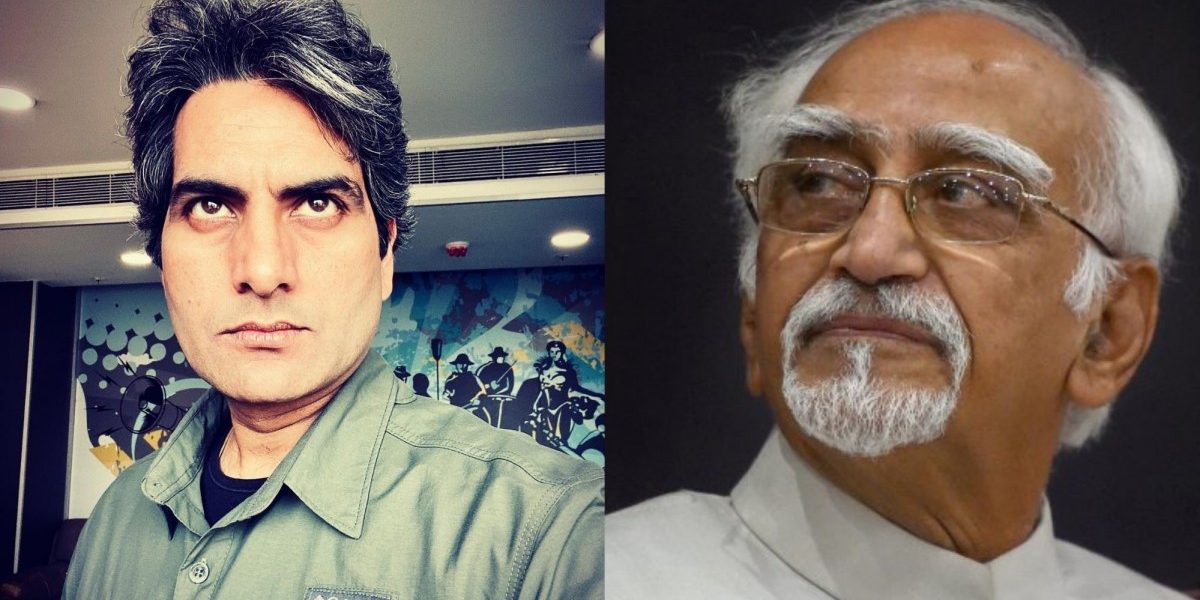 Hindus for Human Rights is a US-based advocacy organisation. Along with 16 diverse organisations, we organised a congressional briefing on January 26, the Indian Republic Day, to educate American elected officials about the decline of democracy and human rights in India.

Through our bi-weekly congressional briefings, we are raising global awareness of the growing threats of Hindu extremism towards Indian minorities. Our hope is that India will be pressured to respect its own constitution and protect the rights of minorities.

This new year was rung in with terrifying and explicit calls for a genocide against Muslims by Hindu religious leaders in the holy city of Haridwar. Christmas Day saw the targeting of churches all across India by Hindutva mobs who broke Jesus statues and threatened violence. Perhaps because these alarming incidents made the international news, our congressional briefings in 2022 have been making waves.

The Indian media has gone crazy attacking our Republic Day briefing in its own inimitable way. And we know we’ve hit a nerve because the Indian government has made a statement denouncing our briefing.

Most of the mainstream Indian media coverage singled out one of the 17 co-sponsors, the Indian American Muslim Council (IAMC); and the only Muslim speaker, former Vice-President Hamid Ansari for its attacks. The allegations being levelled against both IAMC and Ansari are baseless and outrageous. What is on display is outright Islamophobia.

Also read: Hamid Ansari, A Man With Indefatigable Hope And Courage To Speak The Truth

As a progressive Hindu organisation that was a lead organiser of the congressional briefing, we can’t help but notice that hardly any of the mainstream media coverage mentions us. Our team invited Ansari to speak at the briefing. It was our team that recorded his video and even wrote an article about the experience.

Our board member Sravya Tadepalli moderated the briefing and opened with the words, “As a Hindu and part of a religious tradition that believes all human beings are inherently divine, I believe it is my religious duty to speak out when oppressed people face atrocities. As an Indian American, I feel a special obligation to stand up for democracy in both nations. Many Indian Americans share my feeling. As Americans, we have the power to take foreign policy measures that can make a substantive difference in promoting human rights abroad and empowering grassroots activists.”

Why is it that the only Hindu organiser of the briefing is being left out of the coverage and the brickbats are saved for a Muslim cosponsor and the only Muslim speaker? It must be deeply threatening to Hindu majoritarianism to see members of the Hindu community rejecting their bigotry. If our voices are being erased, it makes me wonder how many other progressive Hindus are trying to speak up and express their concern, as Hindus. Maybe thousands, maybe millions.

I am reminded of an in-person congressional briefing in Washington, DC, that was organised in 2018 by the IAMC, a few months before Hindus for Human Rights was formed. The briefing was about deteriorating religious freedom in India. I spoke at the briefing as an inclusive and progressive Hindu whose faith not only supports, but requires, equality of all people and the freedom of thought and expression.

Right wing Indian news platform Times Now published a video report about the briefing, characterising it as an anti-India and anti-Hindu cabal and included video footage of all the speakers except me. They had gone to the trouble of excising the one Hindu speaker – me. Instead they spliced in hostile commentary from a Hindutva-aligned Hindu American organisation.

After our Republic Day briefing, which sparked so much anti-Muslim vitriol in the Indian media, I was in touch with Times Now. They considered inviting us to present our case, but ultimately did not give us a platform because we are Hindus who agree with the remarks of Vice-President Hamid Ansari. Is the Indian media afraid of a Hindu of conscience? It seems to be.

Hindus for Human Rights will not be edited out of the story. We stand in fierce solidarity with the IAMC and Ansari. We stand with all Indian Muslims, Dalits, Adivasis, Christians, Sikhs and all other minorities whose rights are in peril under this Hindutva government.

Hindus in India and abroad seem to be under the illusion that hatred towards other communities will serve us well. I hope and pray that my fellow Hindus wake up to the truth. This hatred might start with engulfing Muslims and other minorities, but it will ultimately engulf every one of us and everything we cherish.

If you are Hindu and you are worried about the escalating hatred and division throughout India and the Indian diaspora, you have the power to say no. As we approach the anniversary of Mahatma Gandhi’s assassination at the hands of a Hindu extremist, it is important for all Indians to do their part to bring peace to our communities. Hindus for Human Rights refuses to be divided from our Muslim, Dalit, Adivasi, Christian, Sikh, Jewish and other brothers and sisters. Please join us.