What Vinod Dua Brought to The Wire

Dua’s 40 years of Hindi television news experience and his rare connect with the audience got so seamlessly transferred to his first digital foray that he instantly attracted massive audiences. 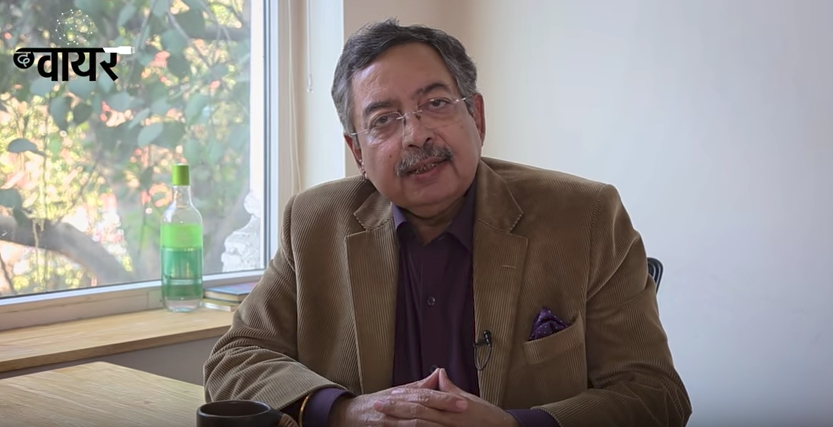 Veteran TV news presenter Vinod Dua’s tryst with digital media must fall in a class of its own.

As a hugely successful pioneer of Hindi news on television, Dua was extremely generous and committed to helping new digital media platforms working with meagre resources.

He offered to do a daily show, pro bono, to support The Wire video project in 2016. Indeed, The Wire videos on YouTube benefited immensely from his brand rub off.

When he agreed to do a daily 15-20 minute show on The Wire platform, Dua was bringing to the table 40 years of distilled television news experience but with a difference. He often said this was his first daily show on digital media and done with just one small camera on a tripod. Thus ‘Jan Man Gan Ki Baat’ was born – straight 15 minutes of Dua’s take before a single camera.

Also read: In an Age of Conformism, Vinod Dua Was Nobody’s Loud Hailer

Dua often told me the daily programme shot on a single static camera was so refreshingly different and economical compared with programmes done from opulent studios. He enjoyed that frugality, and integrity, so completely as to become addicted to the format. Frugality is the key to the new digital media, he would say.

There was no special studio for shooting his daily episode of ‘Jan Gan Man Ki Baat’. He did it from my office table (which I vacated for 45 minutes during the shoot). A green bottle lay on the side desk which he regarded as his good luck charm. It was frugal media at its purest.

More importantly, Dua’s 40 years of Hindi news television experience and his rare connect with the audience got so seamlessly transferred to his first digital foray that he instantly attracted massive audiences on the Youtube channel of The Wire.

Dua himself was surprised by the response he got in the digital media space. And what seemed to delight him the most was the sheer economy and uncluttered aspect of the entire exercise. He would come to The Wire office at about 4 pm with an idea and a script mostly in his head. Just one Wire staffer was assigned to him as a researcher to cull out some information and data on the subject of the day. That was all.

Also read: What I Knew of Vinod Dua and How I Earned His Acceptance

Dua would sit behind the office desk with a piece of paper and, in his inimitable style, look at the camera from slightly above his spectacles and speak warmly to his audience like you would talk to old friends. Such was his mastery over the medium that he started and finished his piece exactly in the allotted 15 minutes. No editing was required after that. This precise rendering could only come from decades of practice to perfection. One could almost feel a two-way conversation going on between Dua and the viewers.

The sheer simplicity brought to the process of producing ‘Jan Gan Man Ki Baat’ should be study material in journalism schools, preferably delivered by some kindred soul since Dua is no more in our midst.