What Happens When You Complain to a Broadcast Standards Authority about Republic TV?

After an industry association directed Republic TV to air an apology last year, a brand-new, rival group quickly appeared and elected Goswami himself as its president. 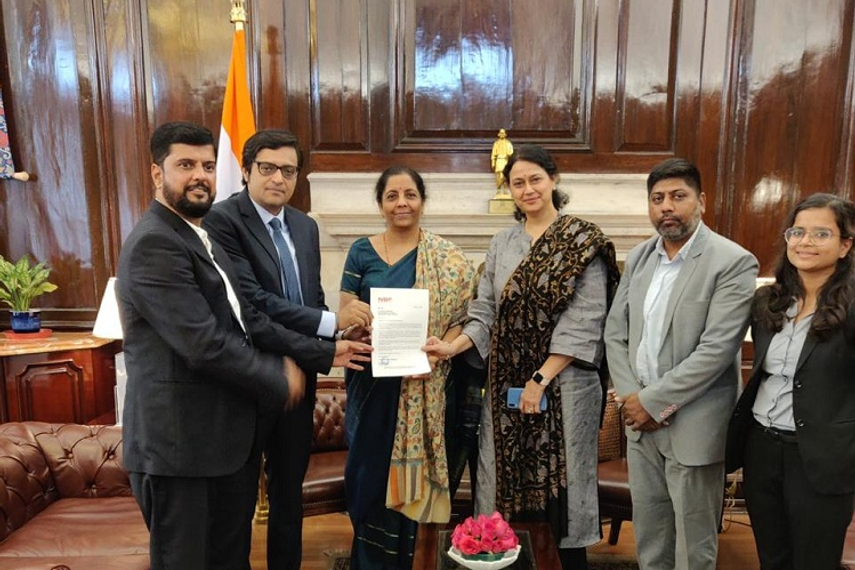 New Delhi: Who will act to control the disinformation being spread on Republic TV? Kunal Kamra’s direct confrontation with the channel’s editor, Arnab Goswami, is already a defining media moment of 2020. Since then, and after the channel’s blatant misreporting of the identity of the gunman who fired on anti-CAA protestors at Jamia Milia on Thursday, students have been detained trying to protest outside Republic TV’s offices in Mumbai.

Industry self-regulation was meant to be the key to maintaining standards on TV news. But in a climate of impunity for pro-BJP media, the recognised body – the National Broadcasting Standards Association (NBSA) – can be tossed aside if it tries to place ethical checks on Goswami and Republic TV. That’s exactly what happened last year.

Goswami was quoted as well, remarking on how so many channels had come together “so quickly” to make NBF happen.

The NBF had in fact been formed very quickly – a few months earlier, it did not exist. And the quick timing served Goswami well, as it overlapped with an order from the existing body, the NBSA, that Republic “air an unconditional apology” for an ethics violation.

The formation of the NBF was announced on July 29, two weeks after Republic TV rejected a summons from the NBSA, which had found prima facie that Goswami “violated the principles of the Code of Ethics” by “browbeating, hectoring and insisting” that a Muslim panelist say “Bharat Mata ki Jai”.

March 12: Republic TV airs a program titled “Congress Bharat Mata Claim”, in which the anchor hectored a Muslim guest to say “Bharat Mata ki Jai”.
March 13: Sharad Shah files a complaint with NBSA regarding the Republic TV episode.
March 27: Republic TV responds to NBSA.
May 1: NBSA considered the complaint, and took a prima facie view that “the anchor browbeating, hectoring and insisting that a panelist… should say or repeat something stated by the anchor violated the principles of the Code of Ethics relating to “Impartiality & Objectivity in reporting” and “Neutrality”. It also ‘challenged/deprived the panelists’ right to freedom of speech and expression.’
June 14: NBSA summons both parties to a hearing.
July 10: Republic TV responds to NBSA, stating that “We will not be present for this hearing as as we deem this as a scurrilous complaint tendered by a serial complainant on a matter which carries no merit to warrant such intense pseudo-judicial oversight.”
July 29: The formation of the NBF is announced, comprising fifty, mostly regional broadcasters, “led by Republic” TV.

The NBSA is an autonomous body created by the existing National Broadcasting Association (NBA), currently headed by Rajat Sharma, the owner of India TV. The NBSA is chaired by former Supreme Court justice Justice A.K. Sikri. Its committee includes independent and industry members, among them editors of CNN-News18, India TV and AsiaNet News.

In 2008, Goswami reportedly led the committee that drafted the NBA’s code of ethics (he was then editor-in-chief of Times Now). Soon after launching Republic TV, however, he had warned of his intention to form a parallel organisation.

The formation of the NBF divides the industry between two bodies, each of which now has its own self-regulatory authority supposedly creating standards for TV news.

According to a contributor at NewsLaundry, the fifty-odd members of the NBF are “a mix of politically-partisan channels close to the governing National Democratic Alliance, those owned by industrialists who are under the scanner for dubious business deals, regional channels with considerable local viewership and even a spiritual channel.

In the case of  “Congress Bharat Mata Claim”, the NBSA acted on a complaint by 90-year-old Sharad Shah, a resident of Mumbai, who has previously petitioned the authority about other alleged ethical violations by Republic TV and Times Now.

The NBSA, in turn, has previously ordered Republic TV to air a full-screen apology, for the
“use of words like ‘I am going to show these crude, lewd hyenas/show the dirty faces of lewd, cheap, vulgar, sexist, pervert anti-Indian goons‘ by Mr Arnab Goswami”. 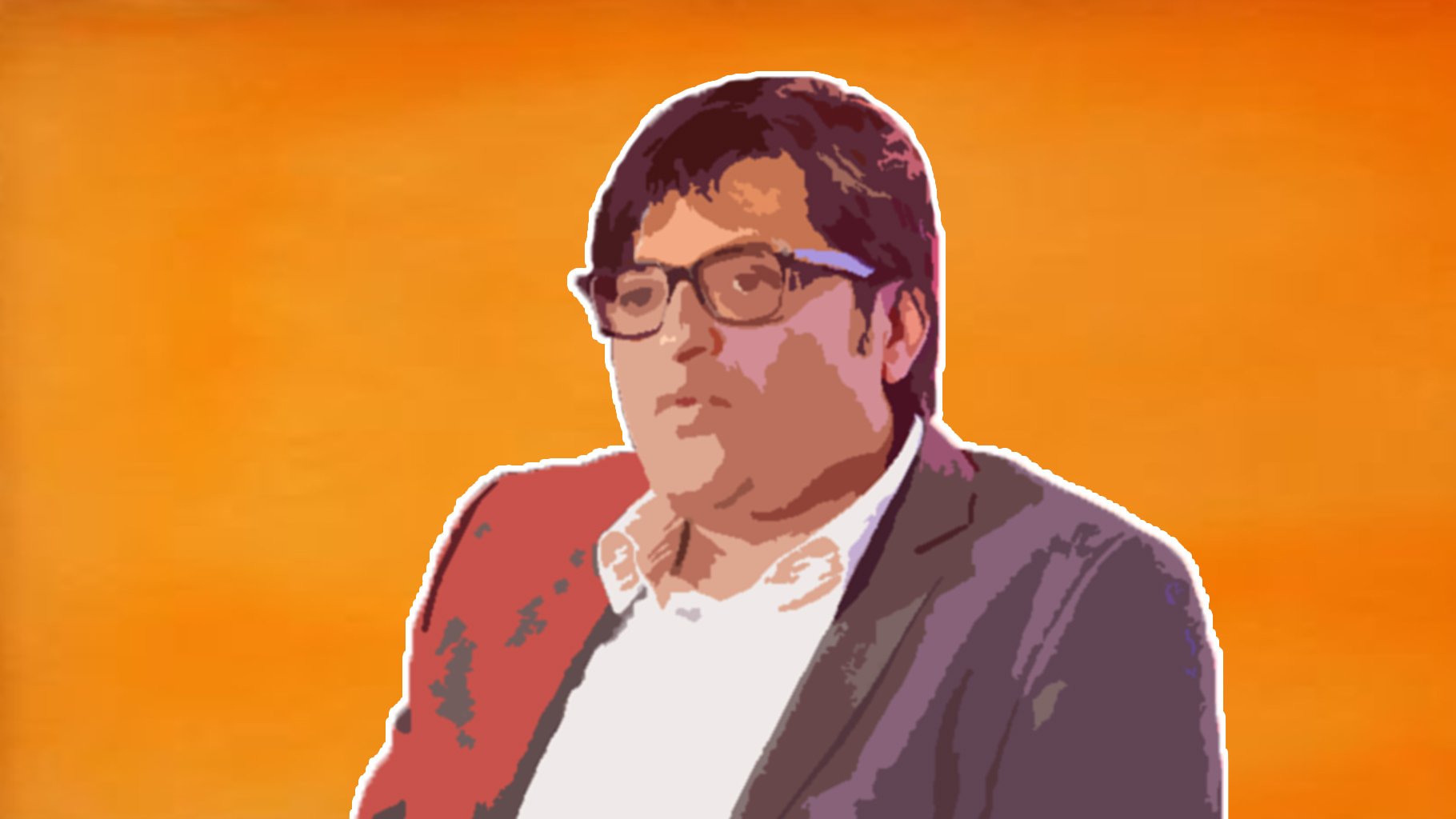 The channel did not air the apology text. Instead, after being called out, it apologised for targeting “a reporter from ABP News, Jainendra Kumar” as a man harassing its reporter; in fact, Kumar had helped Republic TV’s reporter depart from the scene.

Also Read: Why Arnab Goswami’s Banana ‘Republic’ Also Needs to Have a Seat at the Table

In the latest case, on October 7, the NBSA called for another apology, shifting the issue from the broadcaster’s on-air ethical violation to its defiance of the NBSA’s authority. It directed Republic TV to “air the following text (static) on full screen in large font size with a clearly audible voice-over (in slow speed),”

“Republic TV tenders an unconditional apology for the use of the language in the email dated 10.7.2019 which carried the words ‘carries no merit to warrant such intense pseudo-judicial oversight’, with regard to NBSA’s decision dated 1.5.2019 at the time when it was called for a hearing on 10.7.2019 in respect of the complaint with regard to a programme titled ‘Congress Bharat Mata Claim’ aired by Republic TV on 12.3.2019 at 10 pm. We would like to state that it was never our intention to undermine the authority of the NBSA in any manner. We have the highest regard for the NBSA, its Chairperson and Members. Kindly accept this unconditional apology for closure of the same.”

Republic TV failed to air the apology. Instead, it proceeded with forming an alternative self-regulatory body (announced on November 4, 2019) under the NBF. Where the NBSA is chaired by a former Supreme Court justice, it was announced on December 9, 2019, that Goswami himself would be president of the new body – giving a whole new meaning to “self-regulation”.

October 7: The NBSA, considering that “the broadcaster is a member of the NBA” and so is obliged to submit to its hearing process on complaints, directs Republic TV to “air an unconditional apology” on October 14.
October 14: No apology is aired on Republic TV.
November 4: The NBF announces the formation of its own self-regulatory standards organisation, the News Broadcasters Federation Authority (NBFA), which “will create new standards for news broadcasting.”
December 9: NBF members “unanimously elect Goswami, who is the managing director and editor-in-chief of Republic TV, to be president of the governing board.”

The Wire sent a questionnaire on this matter to Vikas Khanchandani, the CEO of Republic TV, as well as others in the channel’s management, but has received no reply.

To date, the NBF has no website or published charter. However, its officers have already been granted a meeting with Finance Minister Nirmala Sitharaman to lobby for seek parity with the print media in the Goods & Services Tax (GST) on January 17 this year.

NBSA Order on Republic TV Programme by The Wire on Scribd