Saad Mohseni said the world has a window of opportunity to help the Taliban establish effective governance. Otherwise, he said, "The Taliban could become like the Khmer Rouge." 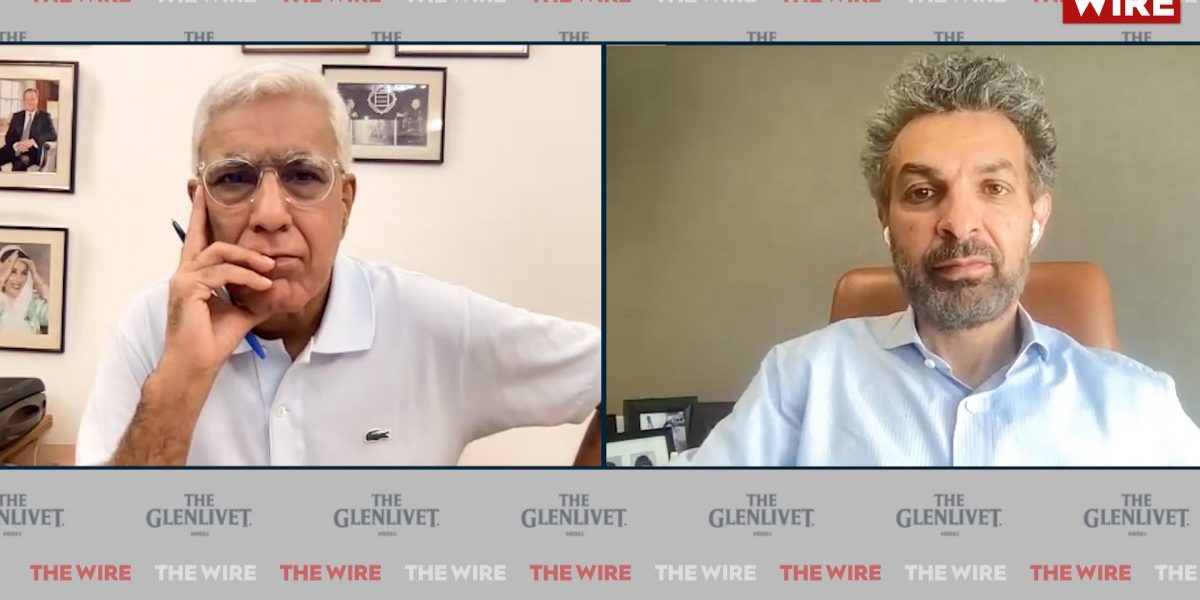 This is a reference to a famous American movie where the hero keeps re-living the past and nothing changes and improves. Underlining this point, Saad Mohseni said “now Taliban is the new Ghani and ISIS is the new Taliban”. Mohseni also said the Taliban lacked the capacity to respond adequately to the challenge from ISIS and they urgently need help from the world.

Mohseni added that the world has a window of opportunity, which may not remain open for more than a week, to help the Taliban establish administration, policing and effective governance. Otherwise, he added, “The Taliban could become like the Khmer Rouge”.

This is a reference to the brutal Communist Party that captured power in Cambodia in 1975 and reportedly killed millions of people.

In a 40-minute interview to Karan Thapar for The Wire, Mohseni said there was a vacuum of governance in Afghanistan and “ISIS can take advantage of this”. He said there are already reports of ISIS violence and killings in the east of the country.

Mohseni said the dreadful bombs of Thursday night have “busted the myth of the Taliban” that it can provide peace and calm. Many Afghans, who accepted or were resigned to Taiban rule in the hope it would bring calm, are now disillusioned and deeply disappointed.

He said reports that in contrast to the confusion and chaos at the airport, the city of Kabul is calm are not untrue “but that calmness is deceptive”. He said Kabul is calm because “it’s people are scared”. Most shops are shut and the Afghani, the country’s currency, is in free fall.

In the interview, Mohseni said India was one of the top three countries trusted by the Afghan people and he called to the Indian government to establish contact with the Taliban. He said: “The Taliban will be receptive to overtures from India” adding “they want to balance their dependence on Pakistan”.  Mohseni also said Pakistan will discover the Taliban’s attitude to the country will change and Pakistan should expect to be surprised by the independence the Taliban will show in the weeks and months ahead.

Speaking about news reports on CNN that Hamid Karzai and Abdullah Abdullah are under house arrest, Mohseni said he was in daily touch with them and that is not the true picture. He specifically said their security and their cars have not been withdrawn. However, he confirmed that Karzai and his family are now staying with Abdullah for security reasons.

Mohseni said the real explanation for the speed with which Taliban has swept Afghanistan is not that there was no military battle and fight but that there was acceptance in the sense of no popular resistance. The challenge for the Taliban begins now because it has to govern and the skills and qualities needed for that enormous task are missing. The country faces three major challenges: a political challenge, which is obvious to the world, a humanitarian challenge, comprising up to 700,000 internally displaced people and an economic crisis, which will unfold and get worse with every day. The Taliban are least prepared to tackle these challenges. This is why, he said, “right now the world must engage with the Taliban”. That is the best way of helping Afghanistan.

One of the most important parts of the interview is the picture Mohseni painted of the state of journalism, the functioning of TOLO TV and the so-far tolerant attitude of the Taliban regime to dissenting views and even interviews and discussions with the Panjshir resistance. A screen grab shows people carrying an injured person to a hospital after an attack at Kabul airport, Afghanistan, August 26, 2021. Photo: Reuters TV/1TV

Mohseni told The Wire that TOLO TV has carried interviews with Ahmed Shah Masood’s son and later today (August 27) plans to carry lengthy excerpts of a very fiery and defiant interview given by Amrullah Saleh to the BBC on Thursday. He said TOLO TV has also, in the recent past, carried political discussions between members of the Taliban and the Panjshir resistance.

Talking about the rest of TOLO’s programming, Mohseni said it has revived some of its soap operas, particularly period dramas, as well as chat shows. However, for now it has pulled its popular music programming. He said in a press conference Zabiullah Mujahid made it clear that the Taliban believe music is against the Sharia. However, this apart, Mohseni painted a picture of a television channel determined to get back to as close to normal functioning as possible.

Speaking specifically about news and current affairs programming, Mohseni said there was “no clarity on the news front”. He also said there have been instances where reporters have been accosted and beaten up by the Taliban on the streets of Kabul. This happened yesterday, when Ziar Yaad Khan was beaten by the Taliban in the centre of Kabul, a kilometre or so from the TOLO TV office.

Moheseni said TOLO TV has lost 70-80 employees in the last 10-12 days, many of whom have left the country. However, it’s still hiring women reporters and anchors and he is hopeful that Taliban leaders will give more interviews to women journalists.

Speaking about the change in what the Taliban has said about women’s rights, moving from its initial position there will be no discrimination to Zabiullah Mujahid’s most recent statement that women should not go to work till the Taliban is certain its own members will not mistreat them, Mohseni said this could be sensible caution rather than the first sign the Taliban is clamping down on women’s rights. He explained that the Taliban has no knowledge of effective policing and does not have people used to dealing with modern urban women. However, at another point in the interview he also said the leadership of the Taliban may not be in full control of the situation as well as of the organisation’s membership.

In The Wire interview, Mohseni made clear that the advice to women not to go to work only applied to government employees. It doesn’t apply to journalists, NGOs and women working in the private sector. The problem is, he asked, would Taliban soldiers on the street realize that and even know the difference between a government employee or a journalist or a private sector employee?

Speaking about the Panjshir resistance centred around Amrullah Saleh and Ahmed Shah Masood’s son, Mohseni made two important points. First, theirs is not a rag-tag army. It is well equipped and it has well trained forces. Also, in their Panjshir redoubt they have excellent defences. Therefore, their response cannot be written off and it cannot be assumed they will be vanquished by the Taliban.

On the other hand, Mohseni also said the talks happening in Charikar, outside Kabul, have a very good chance of succeeding. He seemed to suggest the key would be finding a credible role in government for Ahmed Shah Masood’s son.