Is Adityanath Government in UP Going Out of Its Way to Bat for Republic TV on TRP Case?

This is the third time since the BJP lost control of Maharashtra that it has used a Central agency to supplant a local police investigation in Maharashtra. 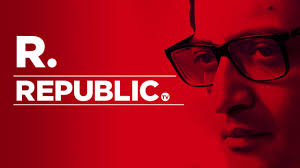 Lucknow: What prompted the Uttar Pradesh government to push for a Central Bureau of Investigation probe into the TRP racket, unearthed earlier this month in Mumbai?

That’s what the nation wants to know, ever since the ‘UP route’ was adopted to hand over the television rating points case to an investigating agency the Centre controls and cut the Mumbai Police out of the picture.

In a move that was widely – though not unanimously – welcomed by advertisers and broadcasters alike, the city police on October 8 registered a case against a number of channels for allegedly indulging in bribery to artificially boost their TRP ratings. As part of their investigations, they have interrogated top executives of Republic TV –  the Mumbai-based channel that is seen as close to the BJP-led government at the Centre.

The channel and its editor-in-chief, Arnab Goswami, have described the case as a political witch-hunt by the Maharashtra government – which is run by a coalition comprising the Shiv Sena, the Congress and NCP. On their part, top BJP leaders have said the Mumbai police case as an attack on media freedom.

It is against this political backdrop that the UP government’s hasty intervention in the case has raised eyebrows – since the state’s official machinery is not known for taking up matters related to crime on top priority. That is why Uttar Pradesh is way ahead of most other states in the country on the National Crime Records Bureau’s charts.

The way the controversy over TRP rigging has been given a spin and the dramatic manner in which the whole case has been thrown into CBI’s lap speaks volumes for how the Centre-state boundaries in what is meant to be a federal country can be bent by the ruling party if it chooses to pursue a political agenda.

Sensing the threat posed to a friendly channel by a police investigation the BJP does not control, the regime appears to have choreographed a neat three-step with the Adityanath government in UP playing the leading role.

The first step came on October 17, when a man no one had ever heard of till then, walked into Lucknow’s Hazratganj police station to accused unnamed channels of indulging in bribery to raise their TRP ratings. The complainant, Kamal Sharma, described himself as director of a lesser known advertising company,  Golden Rabbit Communications Pvt Ltd. His complaint was of a vague and general nature. Without naming any TV channel, he alleged that TRP ratings were being raised through unlawful means, which in turn affected the advertising business.

Normally, such complaints do not get entertained at all. Especially so in UP, where the police are always reluctant to register FIRs even for major or heinous crimes like rape or murder. Yet, this visibly insubstantial complaint was promptly registered as an FIR. Not only that, both Lucknow police commissioner Sujit Pandey as well as the state’s additional chief secretary (home) Avanish Kumar Awasthi took it up on top priority.

Then came the second step. Within the next 48 hours, the state government shot off a letter to the Union government seeking a CBI probe in the case. Ideally, such a move, if at all, should have been initiated by the Maharastra government, where the main case was being dealt with and where the local police had already begun their investigations. But with the Thackeray government not seeing the need for a CBI probe, a situation was artificially created in Lucknow to facilitate the transfer of the case.

What is astonishing is that the politicians and mandarins who showed undue haste in getting this case transferred to CBI had failed show even a fraction of the urgency in the most infamous gang-rape cases that hit the headlines over the past few months in Uttar Pradesh. The Unnao gang-rape case involving ruling party MLA Kuldeep Singh Sengar was not handed over to the CBI despite the public outcry which echoed the demand by the victim’s family. It was only after the prime minister’s intervention that the CBI took over the case.

Likewise, it took the UP government at least a week to entrust the Hathras gang-rape case to the CBI.

The third step in the TRP handover came when the Union government’s Department of Personnel and Training (DOPT)  also showed unusual alacrity in issuing the mandatory notification for handing over the TRP case to CBI, within hours of the receipt of the UP government’s request.

While hundreds of FIRs of far more heinous crimes continue to gather dust in the police stations of Lucknow, the police commissioner not only went out of his way to take note of this FIR on top priority, he went about giving details of the FIR to the media . While quoting from the complaint, police commissioner Pandey told media persons, “Raising the TRP rating by unlawful means is intended to make quick and high profits; it also disturbs the equilibrium between TV programs and advertisements.”

Also read: The ‘TRP Scam’ Could Open the Doors for the Government to Enter the Picture

This is the third time since the BJP lost control of Maharashtra that it has used a Central agency to supplant a local police investigation in Maharashtra. This route was used first by assigning the controversial Bhima Koregaon case to the National Investigation Agency in January 2020. Then, came the CBI taking charge of the Sushant Singh Rajput case. And now the TRP matter. The first two interventions were aimed at sustaining dubious investigations. But this time around, the belief is that the CBI’s task will be to scuttle an ongoing probe.

Sure enough, Republic TV and others who fear the direction the Mumbai police investigation could take, now have reason to smile, as also to thank the UP government for its dedication to fighting crime wherever it may occur in India.