"Don't ask such stupid questions, are you mad?" the junior home minister is heard saying to a reporter. 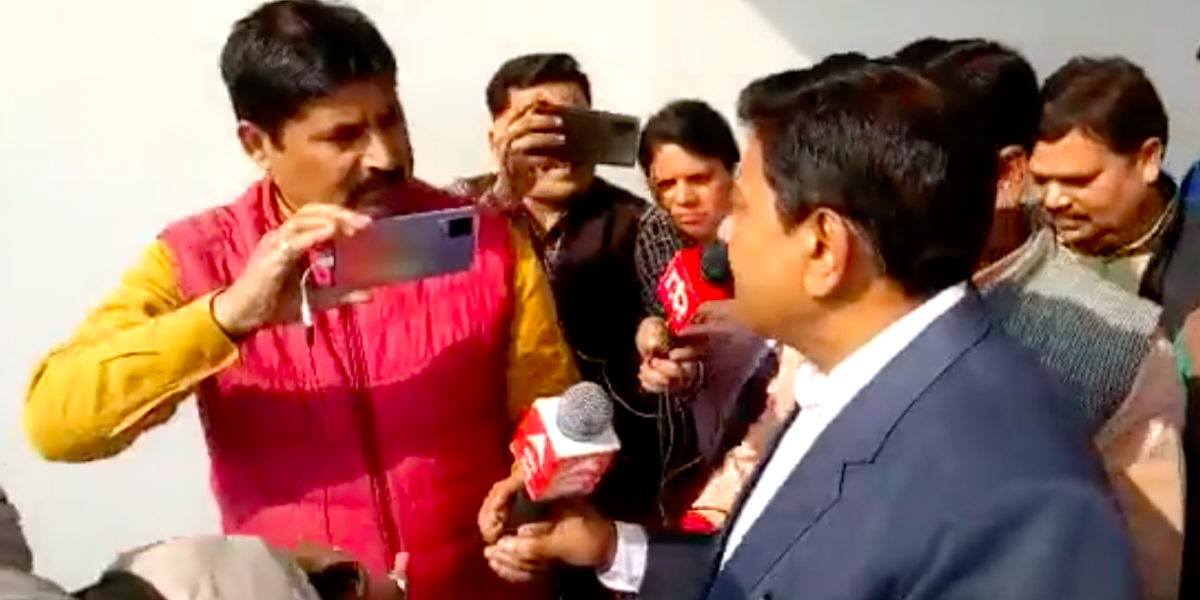 A screengrab from the video showing a reporter asking Ajay Mishra a question on Wednesday, December 15.

New Delhi: Union minister Ajay Mishra, who has been under increased pressure to resign, on Wednesday manhandled a journalist who attempted to ask him on the Special Investigation Team’s decision to charge his son and others with ‘attempt to murder’ after his convoy allegedly ran over four farmers in Lakhimpur Kheri.

A video, tweeted by journalists, shows Mishra first appearing incensed with questions, asking a reporter to switch off the video recording on his phone and then lunging at another journalist. The incident took place while Mishra was inaugurating an oxygen plant.

“Don’t ask such stupid questions, are you mad?” Mishra says to a reporter who asked him about the SIT claiming that the killing of the farmers in October was not an accident but a “planned conspiracy.” The reporter then repeats the question but Mishra asks him and surrounding reporters to “turn it off.”

The minister is also heard ascribing the blame on journalists for putting an “innocent person in jail.”

His son, Ashish, whose convoy is believed to have run over four farmers, leading to a clash that killed four more, is the main accused in the case. Twelve others have been arrested.

ABP News has reported that it was a reporter of the channel who was on the receiving end of the minister’s attack.

A video tweeted by NDTV journalist Alok Pandey shows the exchange between the reporters and the minister from another angle.

This man is a Union Minister but cannot keep his cool when asked a perfectly valid question by journalists on the added charges against his murder accused son in Lakhimpur. But Ajay Mishra Teni should know journalists will keep on asking questions despite the intimidation… pic.twitter.com/xRdwm6akkJ

Opposition leaders including Congress’s Rahul Gandhi in parliament today and farmers’ representatives have been calling for Mishra’s resignation in the light of the SIT’s findings.

Yogendra Yadav, for one, told The Wire that the fact that the SIT was pointing to a “conspiracy” indicated that the minister was the conspirator.

Even before the findings were made public, one of the key demands of farmers in the aftermath of the repeal of the farm laws was that Mishra be brought to task.