The Sibals insist the dues of all employees have been paid and that Barka Dutt has been let go on 'disciplinary' grounds. Dutt says she was asked to leave for protesting the manner in which employees were sacked.

New Delhi: A day after senior journalist Barkha Dutt accused them of not paying Tiranga TV staff their salaries and asking employees to leave without paying them the promised compensation, senior advocate and channel financier Kapil Sibal and his wife, Promila, who is a director in the company, denied the allegations to The Wire.

The Sibals have said that all staff members, including Dutt, have been paid salaries till the end of June and the company had adhered to the “terms of the contract” when it came to compensation.

On July 15, Dutt had, through a series of tweets, accused the couple of going back on assurances made to channel employees. She said that many of them had left their jobs to join the new television channel where they were allegedly promised the minimum of a two-year tenure.

Wages up to June cleared: Kapil

Talking to The Wire, Kapil Sibal said all commitments made by the company were honoured. “We have paid salaries to all the employees for the month of June. The employees have been offered a month’s salary as compensation apart from their remaining wages for the current month,” he said.

Promila, who was looking after the administration of the channel, said that the two-year assurance was “a blatant lie”.

“Everything is in writing in the contract letters of the employees. In fact, the contracts even say that probationers can be removed with just three-days’ notice but even they are being offered a month’s salary to leave,” she added.

Dutt had claimed that paying six months’ wages as pay-out was the industry norm in such cases. She had written on Twitter that least three months’ salary should be paid to employees if they are being asked to leave.

What is most shameful is that @KapilSibal earns crores every day and wont pay 200 employees the industry norm of 6 months or at least 3 months pay out, ruining the lives of 200 plus people.

Promila said even Dutt’s own contract had it that “the length of the contract is for one year starting first October (2018).”

Promila then said that Dutt’s contract was “due to expire at the end of September 2019 anyway” and that she was not entitled to any compensation beyond that.

To this, Kapil further added that since Dutt’s services were terminated on July 13, the day on which she had levelled serious allegations against the Sibals, she was not entitled to any compensation beyond that day as “she had been terminated on disciplinarian [sic] grounds”.

Dutt disputes this claim, and says she was sacked for speaking out in internal emails against the treatment of other staffers.

On the compensation issue, Dutt told The Wire, “Sibal lies again. The contract clearly stipulates that if [the] channel shuts before the year or even [if] the contract [is] terminated, the remaining period of a [year is] to be paid.”

‘Equated with Mallya for going to London for family event’ 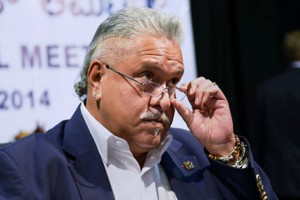 In her tweets, Dutt said that she had in her mails accused the couple of fleeing the country to London like liquor baron Vijay Mallya.

Promila stated that they had “not fled due to any financial reason” but had only gone to celebrate their grandson’s academic success. “And we were there for only a short period,” she added.

Dutt had also accused the couple of cheating employees and using foul language against women staffers by referring to them “kutiya” or “bitch” and exhorted National Commission for Women chairperson Rekha Sharma to act on the matter.

Promila called the charge frivolous. “Both Kapil and I have not met her for the last three to four months and there was no mention of such an episode in her earlier mails,” she said.

Kapil added that while initially Dutt had accused Promila of using such language, “later on, upon allegedly realising that a complaint against another woman could not be made out in the NCW, she wrote as an afterthought” that he too had used the foul word.

Received complaint from @BDUTT against Promila Saibal of @NewsHtn alleging her for abusing female staff members including Barkha. Taking cognizance on it.

Promila also took umbrage to Dutt saying that she runs a meat business. “I did indeed have a successful meat business from 1979 to 2004, but then I gave it up as Kapil Sibal became a minister and he did not want me to carry on with it. I owned the premises thereafter too but the business was being run by a well-known company, Allana Group. They too shut their operations at my plants last year,” she added.

Bouncers at @NewsHtn office sent in by @KapilSibal and wife tweet protesting colleagues who are on an all night sit in dharna demanding a six month pay out. Need I say more. This needs the urgent intervention of @IndEditorsGuild @PrakashJavdekar https://t.co/I7cvNKP8in

Financial trouble even before launch

Promila also told The Wire that the company had been facing financial problems even before the flagship channel was launched.

“In September 2018, we wanted to drop the idea of launching the channel but Dutt protested saying many journalists and other employees had left their jobs to join us. So we reluctantly decided to go ahead with it,” she said.

Immediately after its launch, the company faced several problems including an issue with its first name, “Harvest TV”, said Promila. The problems kept on coming as some DTH operators allegedly refused to give the channel space saying they had no bandwidth to offer. With advertisers not coming forth for fear of being persecuted by the Narendra Modi government, she said the financial hardships only deepened.

She also said that indiscretion in picking material suppliers had resulted in over-spending on equipment. Along with high offers of salaries, they had put additional burden on the company.

“Despite all of this, we met the heads of departments yesterday (July 16) and urged them to accept our offer of a month’s salary as compensation. We did not want to part bitterly, but the verbal assault has really left us pained,” she said.

Promila also said that the “first priority would be to reach an amicable settlement” but if that does not come through, the couple “are prepared for the legal battle ahead.”

Note: The story was updated to add Barkha Dutt’s comment on the contents of her contract.