Seven women had written to BCCL saying that Sreenivas had sexually harassed them and his employment should be terminated. 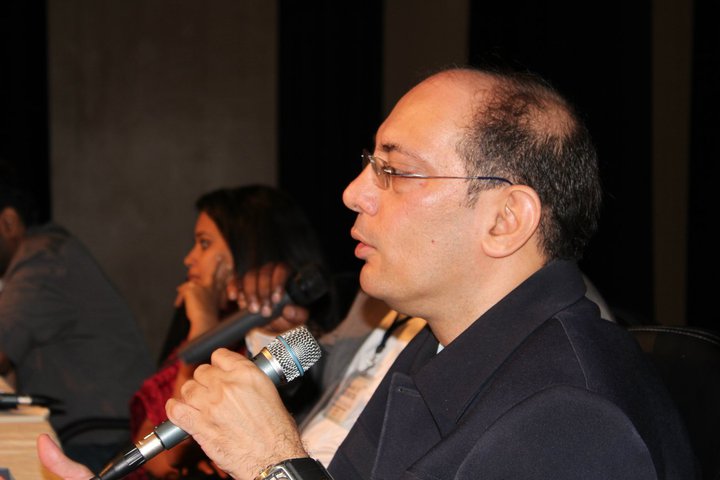 New Delhi: The Hyderabad editor of the Times of India, K.R. Sreenivas, has resigned from his position after multiple women accused him of sexually harassing them at the workplace. According to a report in The News Minute, while sources at the newspaper confirmed that Sreenivas had stepped down, it was not clear whether he had done so voluntarily or was asked to do so.

On October 8, journalist Sandhya Menon and six others – some anonymous – sent a petition to BCCL asking for Sreenivas to be terminated from employment. Menon is one of the women who has accused Sreenivas of sexually harassing her, while both of them worked for Bangalore Mirror in late 2007. Only a few hours after details of the petition were published, it was reported that Sreenivas had been asked to “go on administrative leave pending inquiry”.

In Menon’s case, after Sreenivas put a hand on her thigh late one night in a car while dropping her home, she followed up with a complaint to the local office’s HR but found it dismissed lightheartedly. She then followed up with BCCL, the parent company that had bought Vijay Times and turned it into Bangalore Mirror – the paper that Menon and Sreenivas were in the process of launching when this happened. However, Menon said nothing came of that complaint either.

When Menon’s allegations first emerged on October 5, Sreenivas responded to The Wire’s queries with, “TOI has said the charge would be investigated by its committee against sexual harassment. A highly empowered and accessible committee under this policy and under the law is in place to investigate and address all allegations of sexual harassment. The group is headed by a senior woman executive. I will submit myself to the investigation.”

Other signatories have described similar experiences with Sreenivas. Author Vani Saraswathi is one of the women who openly alleged being sexually harassed by Sreenivas when she was an intern in his office in 1995.

The women’s petition to Vineet Jain, managing director of BCCL, said, “[Sreenivas’s] compulsive violation of women, their safety and peace of mind, his immense propensity to place women in extreme distress shouldn’t find even a shade of encouragement or ground to flourish and continue.”

The Wire had asked Times of India‘s editorial director Jaideep Bose and executive editor Rohit Saran about the circumstances of Sreenivas’s departure, and whether the organisation’s Internal Complaints Committee has initiated an inquiry and will continue it even if Sreenivas is no longer an employee. Bose redirected the questions to a TOI spokesperson, who said, “TOI, taking cognizance of the concerns posted on Twitter, set up a special committee to conduct a fact-finding. The team reached out to current and past employees to seek their feedback and experiences. K.R. Sreenivas is no longer employed with the Organization. BCCL is committed to maintaining a safe work environment for all its employees.”

The spokesperson did not address the question on whether the inquiry will continue, and said that the organisation had “nothing more to say on the matter”.

Note: This article was updated at 8 pm on October 13 to include the TOI spokesperson’s response.