The Self-Inflicted Powerlessness of the Indian Media

In the new Bharat, journalists have stopped taking themselves seriously and are not taken seriously by anyone, including the powers that be. 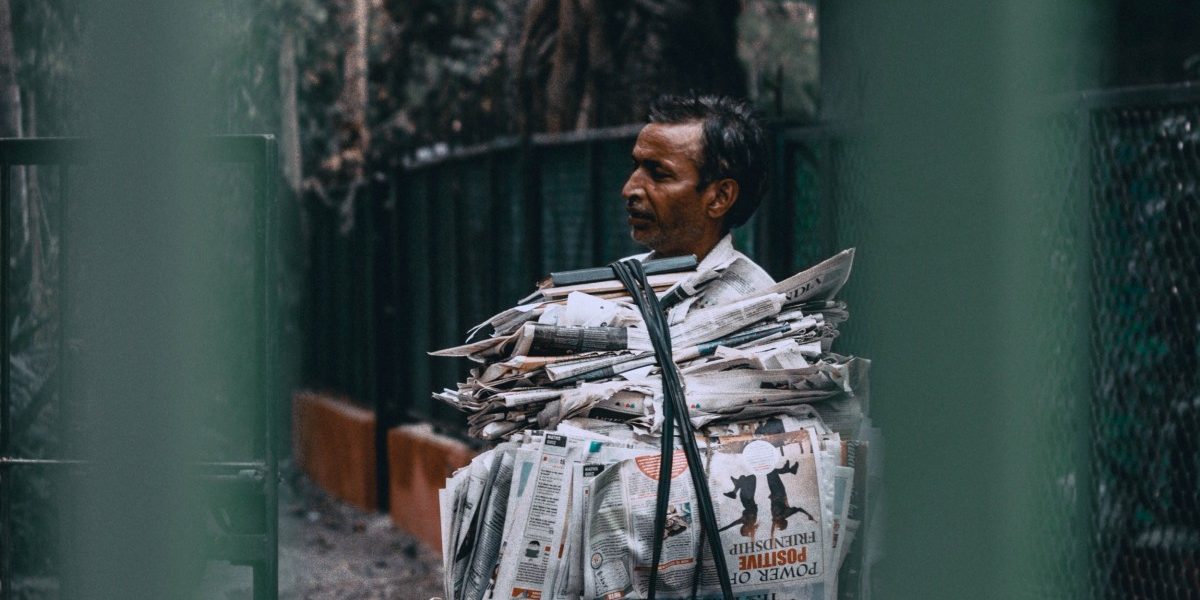 To
The President,
The Editors Guild of India,
New Delhi

I am not sure whether someone has drawn your attention to the list of 100 Most Powerful Indians, put out a few days ago by The Indian Express, a publication that still deserves our respect for practicing a kind of journalism of courage.

The list is headed by Prime Minister Narendra Modi. No surprise. Also no surprise that the list catalogues all the usual suspects: those who happen to wield political power or occupy governmental positions or head big corporate entities. One could quibble with this or that name on the list; but, by and large, the enumeration seems to be fair reflection of the power and influence landscape.

What is surprising, Madame President, is the conspicuous absence of any media personality from the list of powerful Indians – that, too, in this age of information, and, that particularly when the incumbent regime accumulates more and more power by leveraging the strengths and weaknesses of the Indian Media.

The media remains the most vital and the most consequential instrument in deepening the so-called Modi Revolution.

Yet, missing from the list are even those who are would not mind being called the godfathers of the Godi Media. These are the media bosses who nightly goose-step menacingly in defence of the Fortress Modi.

There was a time – not all that long ago – when the N. Rams, the Arun Puries, the M.J. Akbars, the Shobhana Bhartias and the Jain Brothers would have been on anyone’s list of influential voices. Even the language newspapers like Malayalam Manorama and Jagaran packed a hefty punch. Today, none. Zero.

This, surely, is a slap in the face of the whole crew of the anchors who, evening after evening, scream their lungs out in defence of the Modi regime, its excesses and its absurdities.

These anchors keep millions and millions of viewers rhetorically trapped in their mahamahima of the Modi crowd; the bhakts are never allowed even a day of respite lest they begin entertaining any doubts about the nightly inanities and the daily absurd concoctions of facts and history.

It can also be construed as a rebuke to all those media functionaries who, day after day, knowingly depart from their professional dharma to promote poisonous divisiveness and sectarianism just because the neo-Chanakyas have found an easy way to polarise the country. It is a case of bhakti unrequited.

Here are a bunch of extremely intelligent, extremely hard-working, extremely competitive media personnel, who are using their platforms – print, television or digital – to garner respectability and acceptability for the ruling clique’s politics and practices.

They no longer critique or criticise; rather, they use their talent and cunning to over-sell debatable positions and prejudices.

Yet not one of them makes it to the list of 100 most powerful Indians? Just think of it, Alia Bhatt and Kangana Ranaut are included while the likes of Arnab Goswami and Rajat Sharma stand excluded. This should not be acceptable to any self-resecting media.

Madame President, should the Editors Guild of India not take note of the institutional decline of the media, so graphically brought out by the list? Maybe someone can shout that this is an entirely self-inflicted marginalisation; but still, should a custodian body like the EGI not meditate over this collective slight?

Curiously enough, the Chief Justice of India, who any day should be among the top five most powerful persons in a constitutional arrangement, pegs at number 12. He is up from 21 in last year’s list.

Perhaps a lesson? Show institutional spine – and once in a while, raise a moral voice – and you will get attention and respect. [Who, for god’s sake, remembers that once we had a chief justice called Ranjan Gogoi?] What is sauce for the goose is sauce for the gander.

It is an old adage that those who sell their voice or mortgage their megaphone can hardly expect to command any kind of respect, least of all from those who make the down payment.

Granted, the relationship between the media and the authority has a dynamic feel to it. In all governing arrangements, not excluding the democratic and liberal systems, the David Gergen rule operates: “All media can and must be manipulated.” In tolerant democracies, those who refuse to get manipulated do not face intimidation and prison. In working liberal orders, reporters do not lose sight of their basic, simple creed.

And, the craft of reporting was never very complicated: look beneath the assumptions and certitudes of those who prefer to speak in the name of the masses. Reporters and editors always remember that all politicians tell lies and those in office have more reasons and more opportunities to lie. Equally, any journalist worth her salt does not concede that those who get elected to office ipso facto become wise and knowledgeable

In the old India, a Ramnath Goenka and an Arun Shourie commanded respect, attention and authority against powerful prime ministers. In the old India, there were editors who defied the “my way or the highway” working demarche; instead, they defined their own way and lived happily thereafter.

In the old India, journalists took themselves and their profession seriously and were taken seriously by the powers that be.

In the new Bharat, journalists have stopped taking themselves seriously and are not taken seriously by anyone, including the powers that be.

In the old India, they flaunted their proximity to the powers that be [read: the Radia tapes]; in the new Bharat, even those who have access dare not dine out on their circle of proximity.

Madame President, you will kindly recall that once an influential European intellectual, Vaclav Havel, wrote a powerful essay, ‘The Power of the Powerless‘, to challenge the totalitarians’ seemingly unshakeable grip over government and society.

We can perhaps say that the Indian media has settled for the powerlessness of the powerful.

But I am confused as to against whom the Editors Guild of India, as the notional guardian of professional media’s ethics and institutional elan, can protest or petition. Any advice?