N. Venugopal, editor of Telugu monthly journal Veekshanam, is the seventh accused in a case of Maoist conspiracy against the state. 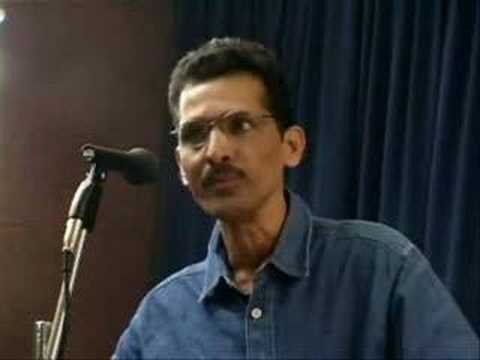 New Delhi: In what appears to be yet another case of the government punishing journalists for their critical writing, the Telangana police charged N. Venugopal, editor of Telugu monthly journal Veekshanam, under the Unlawful Activities (Prevention) Act and The Telangana Public Security Act, among other stringent laws.

Although he has not been arrested, he was booked as the seventh accused in a case of Maoist conspiracy against the state.

Venugopal has been a severe critic of the majoritarian leanings of the Modi government as well as of the K. Chandrashekar Rao-led Telangana Rashtra Samithi (TRS) government in the state. He was one of the most important civil society voices advocating for a separate Telangana state. However, since the formation of the state, he has emerged as one of the strongest critics of the TRS establishment and its alleged “anti-people policies”.

In the remand case diary, the police named him as an accused and said that he is a member of “Viplava Rachayitala Sangham (Revolutionary Writers Association)”. Popularly known as “Virasam”, the forum was founded by Varavara Rao and is known for its radical Left positions. However, Veekshanam’s editorial team said that Venugopal has ceased to be associated with Virasam since 2009, following a “controversy on an article he wrote at that time”.

“Though he holds progressive, democratic and Left views, that does not mean that he has to be a member of any organisation,” the team said, adding that he has dissociated himself from Virasam on public platforms multiple times. The remand diary, where Venugopal is listed as ‘absconding’.

In any case, Virasam is not a banned organisation. Indian courts and civil society activists have regularly pointed out that the police can’t police detain a person merely because she is a follower of Maoist ideology, and that it should have evidence to prove that her activities are unlawful. However, in Venugopal’s case, the police has made an unverified claim that he is “absconding”, although he has been running Veekshanam and attending public talks and seminars regularly.

“Branding him as such now is only with a malafide intention of the police to tarnish his image as an independent journalist…This act (naming him as an accused) is a demonstration of the demonstration of vindictive attitude of the rulers against a newspaper editor for following the freedom of expression enshrined in the constitution,” the publication said in a statement, adding that Venugopal holds a state government journalist accreditation card and has been writing his column ‘Telanganaartham’ in the Nava Telangana daily regularly.

The statement also rubbished the police’s claim that he is absconding and said that Venugopal frequently features in television debates and gives lectures across the state frequently. “…it only shows the conspiratorial attitude of the police. It is nothing but misguiding the judiciary,” the publication said.

Venugopal’s name as an accused emerged after the state police arrested two persons – Narla Ravi Sarma, 52, and his wife B. Anuradha, 56 – with alleged connections with the banned Communist Party of India (Maoist) on November 12. Sarma, an agriculture graduate, was first arrested in 2009 by Jharkhand police for allegedly participating in Maoist activities.He was released on bail in 2016, and since then he along with his wife have been staying in Hyderabad.

During the raids, the police claims to have found “incriminating” evidence against the couple and seized “revolutionary literature”, which included collection of poems written by Varavara Rao, “three laptops, pen drives and memory cards”.

In the remand diary, the police said that on the basis of the seized materials, it believes that Sarma and his wife may be associated with unlawful activities and that “constitutes a danger to public order, peace and tranquility. The police has also relied on a “source” to claim that members of Maoist party have been visiting him and his wife at his Hyderabad house. It has also listed out all allegations against Sarma and his wife that were used by the Jharkhand police to arrest him in 2009. There are no new allegations against them. Ravindranath Balla of the Committee for Release of Political Prisoners (CRPP), a democratic rights group, told The Wire that the couple was arrested when it was trying to organise a press conference to condemn the Supreme Court’s judgment to hand over the disputed Ayodhya site to the Hindu side.

Also read: In Jagan’s Andhra Pradesh, Media and Journalists In Line of Fire

“Ravi and Anuradha have been staying in Hyderabad since 2016 and led a public life. They were the convenors of an anti-facist forum, a group that organised and campaigned against Hindutva politics. He had already booked a hall to condemn the Ayodhya verdict in a press conference. But they were arrested before they could hold a press conference,” he said, adding that the timing of their arrest raises doubts over the police’s intentions. 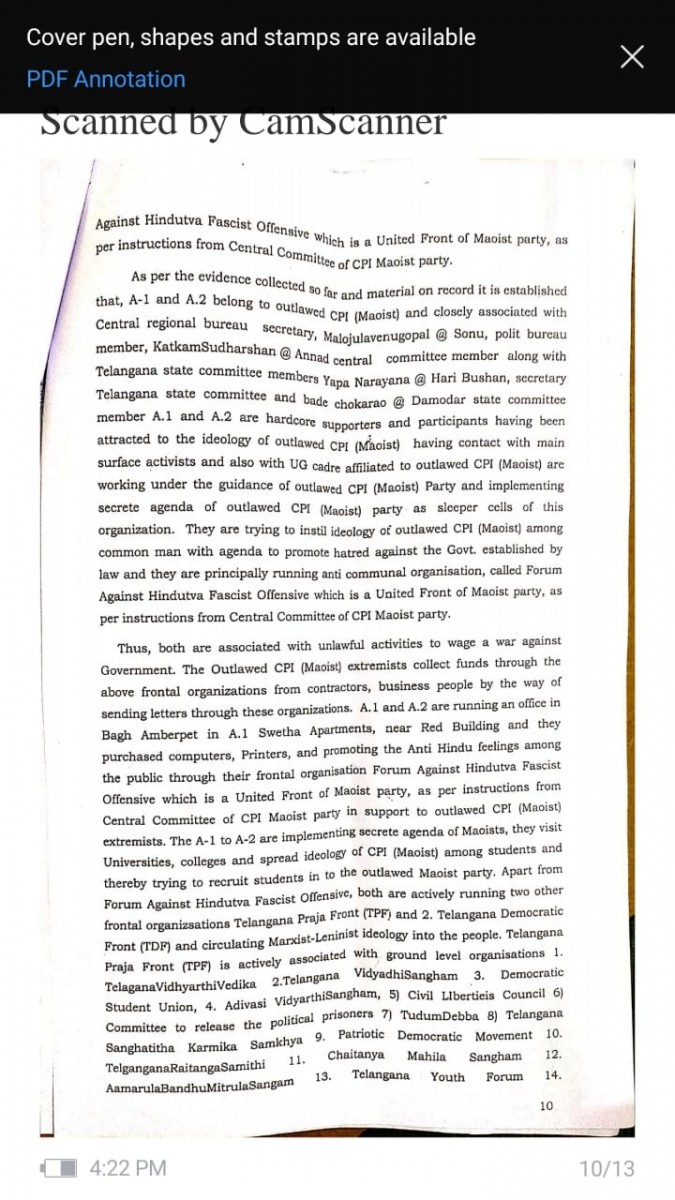 The couple has been accused of promoting ‘anti-Hindu’ feelings.

Curiously, the police accepts that the couple was involved in organising opinion against Hindutva but sees this as an offence. In its list of allegations against Sarma and Anuradha, it says that the couple was promoting “anti-Hindu feelings among the public” through “Forum against Hindutva Fascist Offensive”, which the police claims as a Maoist party’s “frontal organisation”.