Sign of the Times: Old News Media up for Sale

While ad spend may soon reach pre-pandemic levels, news media will remain in one of its deepest crises ever, with the most job losses in decades. 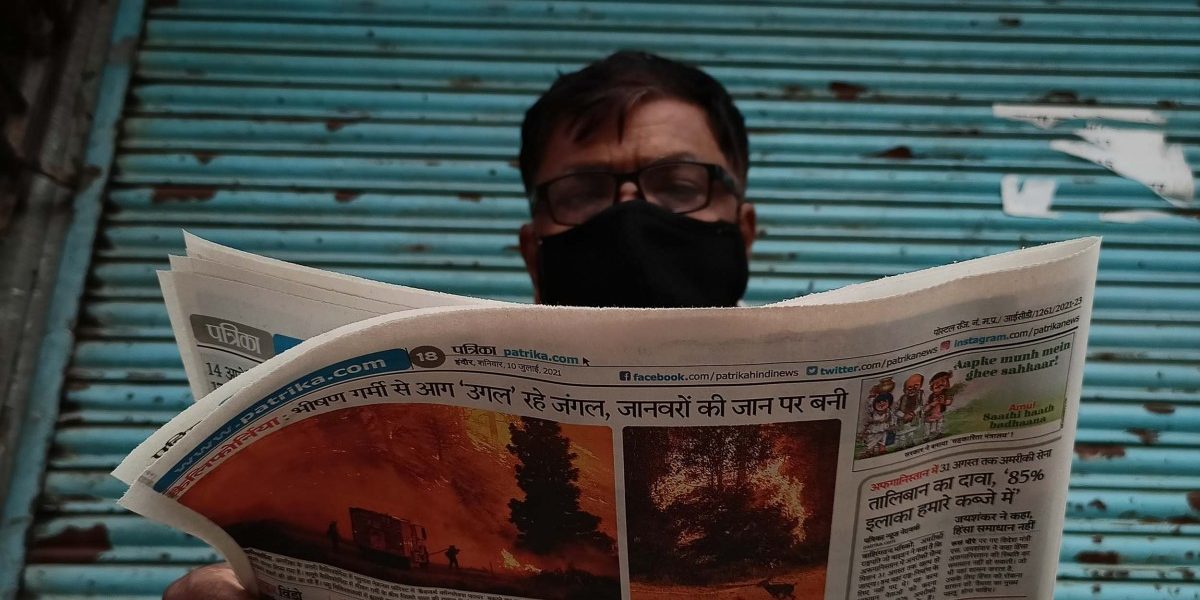 Indian news media face an existential crisis post-pandemic. Radical shifts are taking place in  advertisement spending patterns as revenues of market leaders in print and TV news decline 35%-40%. This is making news media ever more vulnerable to takeover by big business, even as there is news of the Adani group entering media. Most likely, Adani will acquire an existing company struggling to survive.

The Mukesh Ambani group, Birlas and other corporates are already invested in news media and have acquired interests, mostly from distress sales, of part or full ownership. Many smaller newspapers and TV channels are regularly subsidised by big corporates. Sometimes informally via bridge loans.

Advertising volumes are recovering in print and TV but ad rates are still down about 40% because focused, measurable digital advertising is much cheaper. Overall ad spend in India, as per a report by Dentsu, could improve 10% in 2021 to $9 billion, after declining 13% in 2020. Decline and recovery almost mirror India’s GDP trajectory. Ad spend may reach pre-pandemic levels, but news media would remain in one of its deepest crises ever, with the most job losses in decades.

The bulk of advertising goes to the entertainment segment and news media always got less than 8% of the pie. This leaves standalone news projects in print and TV very vulnerable. No wonder many leading traditional news media houses are ready to sell parts of their business. Never before have so many news media organisations been up for sale. The prime example of news media’s vulnerability is the state of market leaders like the Zee group. Zee was always top of the heap in commercial viability. It had a presence in news and entertainment and therefore had diverse revenue sources. Now, Zee Entertainment is on the verge of being taken over, while Zee Media faces a tough future.

The traditional market leader in print, Bennet, Coleman  & Co Ltd (BCCL, the Times of India group), has seen turnover and profits decline dramatically in the post-pandemic period. ToI’s print order had declined over 50% at the peak of the pandemic and lockdown in 2020. The Hindu Group, market leader in the south, faces its biggest challenge to economic survival. So does the Hindustan Times group, where real estate and other group businesses subsidise news operations. Generally, the profitability of traditional news media has declined over 90% over the past decade. Barring a few exceptions, big names are struggling to come out of the red.

Post-pandemic, a large section of media consumers are not buying physical papers. Competition from digital media has slashed ad rates about 40%. The premium commanded in the past by market leaders like BCCL and Zee is history. BCCL had a turnover of over Rs 7,000 crore a few years prior to the pandemic. Today, it could be lower by 30% or more.

Young readers have mostly shifted to digital news on smartphones, a Reuters survey showed. Worse, the big shift in advertising towards digital is largely captured by big tech companies like Google, Facebook and YouTube, leaving traditional media high and dry. The crisis of credibility caused by the TRP scam and the consequent suspension of official BARC ratings for TV has also driven advertisers away from TV to digital. Advertisers say they trust the transparent readership/viewership numbers on digital platforms.

The print and electronic media were under severe strain even before the pandemic. Media groups had expanded indiscriminately during the boom in 2003-2008 and became vulnerable after the global financial crisis brought a reality check. They never really recovered. The pandemic was the last straw.