Endowed with a phenomenal memory, his column was awaited anxiously by many who wanted to accompany him on his walk down the memory lane. 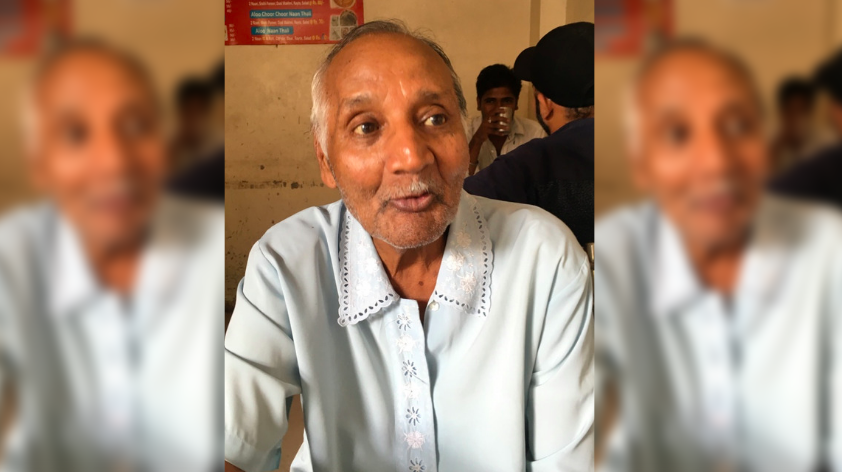 Morris Ronald Vivian Smith wrote his own obituary on June 16, 2015.

Born to a journalist father, Thomas Smith in Agra, R.V. Smith, as he was called, died at the ripe age of 84 at a time when death is cloaked in suspicion and shorn of its rituals due to social isolation brought into our lives by the pandemic.

Smith sahib worked for long years as the city reporter for The Statesman, the newspaper his father was associated with from Agra. In those days, journalism in Agra invariably meant covering the visits of celebrities to the Taj Mahal, and folklores and myths surrounding other famous monuments of the Mughal era.

In his own words, he was brought up in a haunted house that was built around the 1860s, which had its share of stories, ghosts and spirits. His aunts and elder sisters told him about how an apparition of women in flowing white saris was visible in the dark rooms (kothri) of his house.

Even when he left his doting mother to work from Delhi, he carried with him his sense of history, his love for local reporting and his unending quest to understand one basic question that would not fit a blind rationalist – why are people afraid to enter some places and not others. It was an investigation only a simple-minded, intellectually curious R.V. Smith could have conducted as he went about jaywalking from his home in old Delhi to his office in New Delhi in search of a story or a nugget for his weekly column.

Endowed with a phenomenal memory, his column was awaited anxiously by many who wanted to accompany him on his walk down the memory lane that was replete with history, food and a lot more.

He surprised me a couple of years ago by telling me the day when my father, a friend of his late father, was born.

When I asked him how he knew that he said, “I have a thing for dates. I remember many things”.

Smith sahib wrote many books during his lifetime, Lingering Charm of Delhi: Myth, Lore and History and Delhi: Unknown Tales of a City. Over the years, he built sizeable fan following amongst the young and old alike.

Historians recognised the power of a good reporter and his ability to ferret out stories and perspectives that a trained researcher would miss. Many of them, including aficionados of Delhi’s history, would converge at his Mayapuri house. Though he was a stickler for deadlines, he gave enough time to visitors that came calling to his Spartan DDA house.

In his self-written obituary, he says that he picked up anecdotes of oral history from Delhi’s Naaz Hotel Room, where the famous artist, M.F. Hussain also lived and later at Azad Hind Hotel where the proprietor had 11 wives and 28 children. That was R.V. Smith.

He had the uncanny ability to meet unusual people and learn things that would elude the ordinary. He carried all his knowledge and deep understanding of different worlds (nether too) so lightly. “I think 99% of the ghost stories are lies, but there is some merit in one percent. Why are we scared of entering some rooms or houses and not others?,“ he would ask. A simple question that only those who fear darkness can tell.

I have no recollection of the first time I met him. Was it in Agra when I probably walked around holding my journalist father, late Bishan Kapoor’s little finger, to Thomas Smith’s house or did I meet him many years later in Delhi?

Smith sahib insisted that he remembered me as a child from his days in Agra, but I only caught up with him much later in Delhi while I used to work out of INS Building for the Blitz news magazine. He would follow my articles religiously and give me a candid feedback – not always charitable. But he spoke in a friendly manner.

When I launched my magazine, Hardnews, in 2003, Smith sahib was most forthcoming to assist me.

He proofed the final magazine, contributed and generally ensured that the magazine never got delayed. Every time he would submit an article, he would say, “yaar see if it can used”. There was no attempt to persuade me or insist that the article should be carried – always assuring me that it was the editor’s discretion to carry it. He would call me when he would receive the final copy of the issue to give his comments.

Largely, he would be concerned about the revenue side of the publication and would feel elated when he would see decent advertisements in the magazine. “That’s the only way your magazine will survive.” I knew it, but..

It is difficult to imagine Smith sahib, the chronicler of Delhi, going away anywhere. One wonders how he would have perceived the deathly pandemic and its impact on a city that has changed its skin so many times. How would he react to Narendra Modi’s attempt to rebuild Delhi’s Central Vista? I am sure Smith sahib would have a tale to tell from our history to decode its implication.